Central Community College has announced that it has surpassed the $4.5 million mark in funding for the Hastings Campus Major Gifts Campaign. The funds from the campaign will be earmarked for an expansion and renovation of the Hamilton Building, which houses the advanced manufacturing design technology program and the welding technology program. 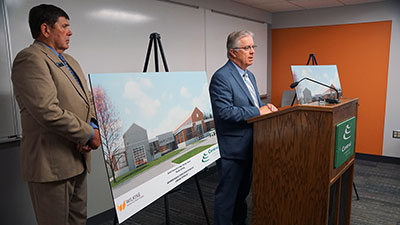 The Hamilton Building will undergo a 17,000-square-foot-expansion on the south side and a 15,000-square-foot renovation of the existing facility. The advanced manufacturing design technology program will move to the expanded area, while the welding technology program will remain in the renovated area. The project will allow for programmatic growth and modernization, as well as the ability to partner with schools and industries to help fill the workforce void facing industries in the community. The Hamilton Building expansion and renovation project is the number one college-wide priority based on the five-year master facilities plan as approved by the CCC Board of Governors.

The total project cost is $10.3 million, of which $5.3 million will come from college reserves with the intention of no long-term debt after the project’s completion. The remaining $5 million is being raised by the Central Community College Foundation through the Hastings Major Gifts Campaign. The $4.5 million raised so far has come from businesses, industries and other foundations, which is a significant surge as the campaign moves into the public phase. 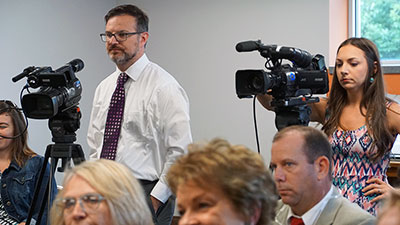 “We’ve had very strong support in the campaign’s first phase, not only from the Hastings community and region, but throughout the state,” said CCC Foundation Executive Director Dean Moors. “In this next phase, we hope that the community of Hastings and the surrounding area will help us meet the rest of our $5 million goal in the next 90 days so that ground may be broken this fall.”

The decision to expand and renovate the Hamilton Building came after CCC and several community partners and advisory committees determined that the existing facility can no longer effectively meet the educational needs of the community and area.

“This project is critical in helping to address the current and future need of a skilled workforce,” said CCC-Hastings President Bill Hitesman. “The fact that 90 percent of CCC graduates stay within our 25-county service area and that approximately 100-percent of CCC graduates stay in Nebraska, make it imperative that this expansion and renovation project get started as soon as possible. We are so thankful for the support from the Hastings and surrounding area we have received so far, which is a tremendous boost in making that hope a reality.”

In addition, the CCC Foundation is working on a second initiative to raise $500,000 in an endowed scholarship for students in these programs.

“The Growing our Own concept is critical to giving students in our communities the opportunity to develop a career in a skilled and qualified workforce,” said Moors. “Through CCC’s pathways programs, which have been established in area schools, students now have the ability to learn about these careers as early as middle school. Ideally, this will open young minds to the variety of skilled and technical career programs CCC has to offer.  These skilled jobs allow students to establish a rewarding career in or near their communities.

Donations may be paid in cash, by check or online www.cccneb.edu/HastingsCampaign. Pledging and planned giving options also are available. For more information, contact Dean Moors at 402-460-2153 or Billy Dunbar at 402-460-2165.