People visiting the J-Tech Solar Sustainability Pavilion at the Nebraska State Fair had the opportunity to participate in a variety of interactive projects created by Central Community College students and interns.

“Thanks to the support of the CCC mini-grant and the Nebraska State Fair, students and interns were able to develop and build sustainable interactive projects,” said Ben Newton, environmental sustainability director. “They worked very hard on these projects over the summer and came up with some very unique and innovative sustainable projects.”

This in-home aquaponic herb garden is so compact anyone can find a place for it in their home. Aquaponic gardening is an extremely sustainable way to garden because it uses only a fraction of the water and doesn’t require any type of fertilizer. Project creator Rob VanHeufeln of Grand Island is a Hastings Campus student and environmental sustainability intern.

Aquaponics is the combination of gardening with the cultivation of aquatic animals. Waste from the animals is used to fertilize the plants, which in turn purify the water. Project creator Eric Wimer of Lincoln is a Hastings Campus student and an environmental sustainability intern.

This two-foot wall is made out of upcycled glass bottles and aluminum cans with concrete as mortar and is used in sustainable construction of Earthship homes common near Taos, N.M. Project creators were environmental sustainability interns Cynthia Garcia of Shelton, a student at the Kearney Center; Rob VanHeufeln; Leah Wagoner of Hastings; and Eric Wimer.

The four environmental sustainability interns also were project creators of a four-foot wall stuffed with hay inside chicken wire and finished with adobe plaster. Hay is a great insulator and a sustainable alternative to insulation. It was historically used in the Sandhills of Nebraska due to a lack of sod.

The hydroponic unit consisted of a central water reservoir, pump and planting stations. Hydroponic units use water in place of soil to provide nutrients for growing plants. These units often use fewer resources and conserve space. The project creator was Kazia Podraza.

Transforming single-use plastic grocery bags into plastic yarn – or plarn – to create a braided rug or any number of other products. Project creator Liang O’Brien of Grand Island is a CCC-Grand Island graduate and a current environmental sustainability intern.

Repurposed number 2 HDPE plastics (milk containers, shopping bags and lids) can be made into garden stepping stones and used as replacements for the cardboard at the bottom of reusable bags. Project creator James Swartz is a student from Columbus.

This display features the site design and photos of the pollinator gardens at CCC’s Columbus and Grand Island campuses. Both gardens were created with the support of a Greener Towns grant from the Nebraska Statewide Arboretum. Also on display is a mini-pollinator garden. Project creators were environmental sustainability interns Jan Blair of Columbus, who is a student at the Columbus Campus, and Liang O’Brien.

Test your sustainability knowledge with this crossword puzzle. The project creator was Jan Blair.

On display are the beginning and planted stages of six different vegetable scraps grown in containers filled with water and sunlight. Along with this is an herbal fairy with a solar-powered watering pump. The display table is also made out of reused pallets. The project creator was Cynthia Garcia.

This project looks at the everyday items used by consumers and offers solutions to achieve zero waste and become more environmentally friendly. The project creators were Jan Blair and Leah Wagoner.

Alexis Moss of Hastings is one of 207 Phi Theta Kappa members selected as 2018 Coca-Cola Leaders of Promise Scholars. They will each receive a $1,000 scholarship.

She is a student at Central Community College-Hastings where she serves as vice president of scholarship for PTK’s Beta Alpha Delta chapter.

More than 1,200 applications were received for the scholarship program. Scholars are also encouraged to assume leadership roles by participating in society programs and are selected based on scholastic achievement, community service, and leadership potential.

A total of $207,000 is awarded through the scholarship program. The Coca-Cola Scholars Foundation provides $200,000 of the funding. The remaining amount is supported by donations to the Phi Theta Kappa Foundation.

Eleven students were recognized as Project GPS scholars at an Aug. 23 ceremony in the Fine Arts Center at Central Community College-Columbus.

GPS stands for Growing Pathways to STEM (science, technology, engineering and mathematics). It is a National Science Foundation (NSF) scholarship program that targets high-achieving students with financial needs and who represent underserved populations in the STEM fields.

Central Community College is the only Nebraska community college to be awarded the $648,844 NSF grant to fund the five-year scholarship program.

Bernie Keber, executive assistant to Campus President Dr. Kathy Fuchser, joined the CCC-Columbus staff in 1992 as a part-time secretary in the facilities management department. On July 1, 1993, she was promoted to a full-time position as secretary for the campus president and associate dean of students. In 2002, she became an executive assistant and now serves in that role for Campus President Dr. Kathy Fuchser. 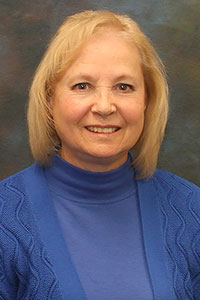 Her previous work experience includes employment as a clerk and typist, secretary, bookkeeper, fiscal coordinator and office manager at the Nebraska Human Resources Development Program in Grand Island and Lincoln and as a secretary and receptionist and then as an accountant for the Nebraska Department of Education in Lincoln; and as an accounting clerk and personnel secretary for the City of Columbus.

Keber graduated from Spalding Academy in 1971 and earned a secretarial diploma from the Grand Island School of Business in 1972.

She is a board member for Birthright of Columbus and an active member of St. Isidore’s Church. For the Columbus Campus, she helps with the annual toy drive and volunteers for its booth at Columbus Days.

Craig Ratzlaff of Aurora started work at CCC-Grand Island on Aug. 15, 1993, as a personal development instructor. Not long after, he also started teaching education classes. 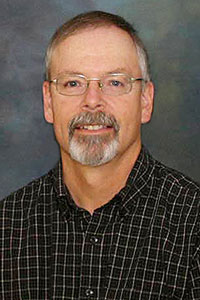 Prior to joining the CCC staff, he worked as a business teacher at Polk Public Schools and a guidance counselor at Broken Bow Public Schools where he also served as a GED examiner, ACT test supervisor, psychology teacher and college night organizer.

Ratzlaff is a graduate of Henderson High School. He went on to earn a bachelor’s degree in business administration and education from Kearney State College and a master’s degree in education with emphases in counseling and student personnel services from Kansas State University in Manhattan.

Ratzlaff also serves on the board of the Hamilton County Food Pantry.

He and his wife, Carol, have two sons: Eric Ratzlaff of St. Louis, Mo., and Joel Ratzlaff of Omaha.

She graduated from Shickley High School in 1965 and earned a bachelor’s degree in education from the University of Nebraska-Kearney. She also had an associate of applied science degree in data processing from CCC.

She lived in Denver, Colo., for 12 years, working in the areas of data entry, programming and computers.

She moved back to Nebraska in the early 1980s. She became a full-time information technology instructor at the Hastings Campus in 1982 and transferred into the same position at the Columbus Campus in 1986. She retired in 2013.

She was a member of Delta Kappa Gamma, a society for women educators, and the National and Nebraska State education associations.

Survivors include her mother; her sisters, Carol Mischke of Austin, Texas, and Kay Johnson of Minneapolis, Minn.; and two nieces and a grand nephew.

A memorial will be held at Shickley United Methodist Church at a future date. Condolences may be sent to Ethel Johnson, Cottonwood Place, 3271 29th Ave. Rm. #120 Columbus, NE 68601.

Services were Aug. 12 at Trinity United Methodist Church in Lincoln.

Butherus-Maser and Love Funeral Home. Memorials can be made to Teammates, South Lincoln Rotary or Trinity United Methodist Church. Condolences may be directed to www.bmlfh.com.

He was born on Jan. 23, 1938, in Beaver, Iowa, to Raymond and Bernice (Argo) Anderson. He graduated from high school in Jefferson, Iowa, and later earned a business and economics degree from Northwest Missouri State.

His employment in Grand Island included serving as president of Chief Construction; president of the buildings division of Chief Industries Inc.; and president and CEO of MFS/York/Stormor, a division of Global Industries. After retiring in 2004, he and his wife moved to Lincoln.

He was involved in many community activities, including serving as a member and officer on the Central Community College Board of Governors.

Survivors include his wife; children, Beth McElroy of Lincoln, Jenny Colson of Lincoln and Craig Anderson of Danville, Calif.; a sister, Norma Voshell of Keller, Texas; and eight grandchildren.

Mike Gapp has joined the staff as an assistant environmental health and safety specialist.

Leah Paulsen has resigned as a human resources specialist.

Transferring into new positions are Erica Leffler, from recruiting and admissions coordinator to Early College coordinator, and Kim Severyn, from campus security guard to full-time custodian. 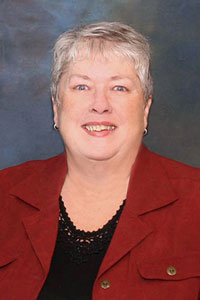 Bev Schrieber has retired as a nursing instructor, a position she has held since 1981. She also was coordinator of the Columbus Campus’ nursing program.

Prior to joining the CCC staff, she worked as a nurse at St. Mary’s Hospital and the May Clinic in Rochester, Minn.

Schreiber was a member of the CASA Board and the Immanuel Lutheran School Board of Education.

She and her husband, Dave, have two sons, Travis and Jon, both of Columbus. They also have a grandson.

Michael David has joined the staff as a criminal justice instructor

Carrielynn Peace, New Student Orientation coordinator, has transferred to the Columbus Campus as an admissions generalist.

Paul Powell has retired from his position as an English instructor.

Joe Roberts has retired from his position as a HVAC maintenance technician.