Central Community College has announced that it has surpassed the $4.5 million mark in funding for the Hastings Campus Major Gifts Campaign. The funds from the campaign will be earmarked for an expansion and renovation of the Hamilton Building, which houses the advanced manufacturing design technology program and the welding technology program.

The project will allow for programmatic growth and modernization, as well as the ability to partner with schools and industries to help fill the workforce void facing industries in the community. The Hamilton Building expansion and renovation project is the number one college-wide priority based on the five-year master facilities plan as approved by the CCC Board of Governors.

The total project cost is $10.3 million, of which $5.3 million will come from college reserves with the intention of no long-term debt after the project’s completion. The remaining $5 million is being raised by the Central Community College Foundation through the Hastings Major Gifts Campaign. The $4.5 million raised so far has come from businesses, industries and other foundations, which is a significant surge as the campaign moves into the public phase.

“We’ve had very strong support in the campaign’s first phase, not only from the Hastings community and region, but throughout the state,” said CCC Foundation Executive Director Dean Moors. “In this next phase, we hope that the community of Hastings and the surrounding area will help us meet the rest of our $5 million goal in the next 90 days so that ground may be broken this fall.”

The decision to expand and renovate the Hamilton Building came after CCC and several community partners and advisory committees determined that the existing facility can no longer effectively meet the educational needs of the community and area.

“This project is critical in helping to address the current and future need of a skilled workforce,” said CCC-Hastings President Bill Hitesman. “The fact that 90 percent of CCC graduates stay within our 25-county service area and that approximately 100-percent of CCC graduates stay in Nebraska, make it imperative that this expansion and renovation project get started as soon as possible. We are so thankful for the support from the Hastings and surrounding area we have received so far, which is a tremendous boost in making that hope a reality.”

In addition, the CCC Foundation is working on a second initiative to raise $500,000 in an endowed scholarship for students in these programs.

“The Growing our Own concept is critical to giving students in our communities the opportunity to develop a career in a skilled and qualified workforce,” said Moors. “Through CCC’s pathways programs, which have been established in area schools, students now have the ability to learn about these careers as early as middle school. Ideally, this will open young minds to the variety of skilled and technical career programs CCC has to offer. These skilled jobs allow students to establish a rewarding career in or near their communities.

Donations may be paid in cash, by check or online www.cccneb.edu/HastingsCampaign. Pledging and planned giving options also are available. 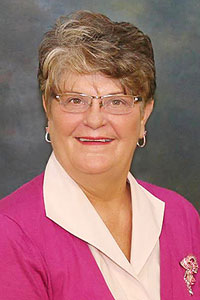 As regional coordinator in the extended learning services department, she has worked with Early College, professional and continuing education, and conferences.

She is a graduate of Kelly Walsh High School in Casper, Wyo., who went on to earn a bachelor’s degree in education from Chadron State College and a master’s degree in school counseling from the University of Nebraska at Omaha.

Bishop has been active in Grand Island as a Special Olympics board member and coach and secretary for her PEO chapter.  She is Nebraska state president-elect for Alpha Delta Kappa, an international honorary organization of women educators dedicated to educational excellence, altruism and world understanding.

She and her husband, Jim, have two sons and two grandchildren. 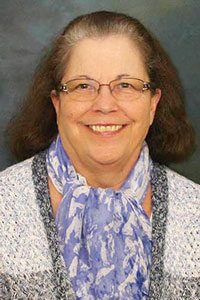 Dr. Deb Brennan started work at the Hastings Campus in 1985 as an instructor for the hotel, motel and restaurant management program, which she is credited with creating and developing.

She went on to serve as associate dean of business and health at the Hastings Campus and in the new college-wide position as dean of health before being appointed to the position of executive vice president of the college in 2008.

Prior to joining the CCC staff, she was general manager of the Piccadilly Dinner Theater. She also has owned an antique shop, worked in retail and held many jobs in the restaurant business.

Brennan is a member of the Noon Rotary Club, the Nebraska Girl Scouts Board of Directors and the League of Women Voters. She also is a certified culinary educator and certified executive chef who has earned several national culinary awards, including the 1990 Nebraska Chef Educator of the Year Award.

She and her husband, Bill, have relocated from Grand Island to Florida. They have two children. 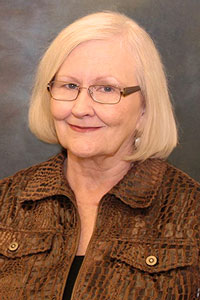 Her previous work experience includes a variety of positions, including quality control at St. Francis Medical Center, as an office manager at a medical office and for former CCC employee Pam Price at the Stuhr Museum Foundation.

Holsten has a bachelor’s degree in psychology from the University of Nebraska-Kearney. She volunteers for the American Red Cross and the Presbyterian Church.

She has four children and nine grandchildren. 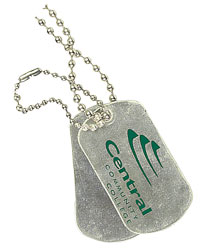 Central Community College is one of only three community colleges to make the U.S. Veterans Magazine’s 2018 list of the nation’s Best of the Best Top Veteran-Friendly Schools.

Two Nebraska four-year institutions – the University of Nebraska in Lincoln and Omaha – also were named to the list.

“We are grateful to have been chosen for the Best of the Best honor from U.S. Veterans Magazine,” said Travis Karr, CCC veterans and military services director. “We understand the unique challenges of both a being a nontraditional student and veteran.”

These students, however, also bring with them a valuable life experience and skillset that will boost career opportunities, Karr added.

Services were held June 15 at St John’s Lutheran Church in Schuyler with burial with military honors in the Schuyler Cemetery.

He was born Feb, 20, 1933, to George and Daisy (Price) Huber at St. Mary’s Hospital in Nebraska City. He graduated from Nebraska City High School in 1950, enlisted in the U.S. Marine Corps in 1952, and then attended the Nebraska State Trade School in Milford, graduating with a certificate in Welding and Farm Machinery.

He married Pauline M. Mueller on May 13, 1956. They lived on an acreage before moving to a farm north of Schuyler in 1969. His farming operation consisted of producing top notch feeder pigs and various crops. They moved to their Schuyler home in 1994. His last job was at Central Community College-Columbus where he worked as a grounds maintenance crew member for 11 years.

He was preceded in death by his parents; a brother, Bruce Huber; and a sister, Beatrice Stastny.

Svoboda Funeral Home was in charge of arrangements. Memorials can be given to St. John’s Lutheran Church.

He was born in Aberdeen, S.D., on June 25, 1934, to Thomas Sr. and Helen Pattno. He graduated from Aberdeen High School in 1952, joined the U.S. Air Force in 1954, and continued on to receive a degree in psychology and sociology from South Dakota State College.

He began selling life insurance for Northwestern Mutual Life in 1961 and worked for the company until his retirement in 2016.

In Hastings, he was a member of St. Michael’s Parish, Knights of Columbus, Central Community College Foundation Board of Directors and Lions Club. He also spent some years as an actor with the Hastings Community Theater.

He was preceded in death by his parents, and a sister, Pat Holmes of Spokane, Wash.

Memorials may be given to Catholic Social Services and Hastings Catholic Schools.

They made up one of 14 teams from two- and four-year, public and private, and single and system-wide institutions from across the U.S.

The course was completed by the Midwest Renewable Energy Association (MREA) with support from the U.S. Department of Energy Solar Energy Technologies Office and was based on lessons learned from the MREA’s Solar Endowment: A PV Investment Roadmap for U.S. Universities and Foundations project.

The PV Development for Institutions course was hosted online Jan. 29 through March 25 and was prefaced by the MREA’s PV 101: Basic Photovoltaics course.

Six employees have received the TRiO/SSS Support Award for going the extra mile in helping students in the program succeed during the 2017-18 academic year. They are:

Emily Klimek has been promoted from part-time to full-time graphic design specialist.

Beverly Clark III has joined the staff as dean of academic education, an area-wide position.

She was matched to her Little Sister, Destiny, in 2011. Lesiak also is on the board of directors of Big Brothers Big Sisters of Grand Island and was awarded Board Member of the Year by her peers.

Lauri Shultis has been promoted from criminal justice instructor to college security director, an area-wide position.

Jennifer Walker has been promoted from part-time to full-time service center supervisor.

Marie White has joined the staff as a nursing pathway retention coach, an area-wide position.

Biology instructor Robin Buckallew has had four short plays – “Pumpkin Talk,” “One Old Grouch,” “She Loves Me” and “The Tooth” – accepted for the First Flight Festival July 18-29 in Lincoln. The event features plays by local playwrights who work in collaboration with the producer, director and actors.

Brad Keasling, associate dean of business and skills and technical sciences, has received a Patriot Award from Nebraska Employer Support of the Guard and Reserve, a Department of Defense program.

He received it in recognition of his outstanding support of his employee, Jared Pettit, a mechatronics instructor at the Kearney Center who also is a member of the Nebraska Army National Guard.

Gabby Prickett has been promoted from part-time to full-time digital printing technician.

Rachael Robinson-Keilig, psychology instructor, has had a research article, “Hope as a Coping Resource Among Parents at Risk for Child Maltreatment,” published in the Journal of Family Social Work.

Catrina Gray has joined the staff as an Early College pathway retention coach, an area-wide position.