Central Community College-Holdrege serves as the first point of contact with CCC for many individuals, Diana Watson, extended learning services regional director, told the CCC Board of Governors at its June meeting in Holdrege.

For 26 years, the Holdrege Center has served Franklin, Furnas, Gosper, Harlan, Kearney and Phelps counties, which are home to about 28,000 people as well as one educational service unit, five hospitals, nine nursing homes, 12 school districts and 23 EMT squads.

“The Holdrege Center provides educational opportunities and services that demonstrate our commitment to the more rural parts of our 25-county area,” Watson said. Traveling to one of the three campuses isn’t always a feasible option. We have students who say they wouldn’t have pursued an education if not for CCC-Holdrege.”

During her report, she highlighted the following:

Also addressing the board were:

“People view us as ‘all things CCC,’” Watson said. “We provide a safe, supportive and encouraging place where students can work toward their educational goals. If we can’t take care of something here, we connect them to people at the campuses who can. Central Community College makes a difference in people’s lives, especially those who don’t have the time, money or other resources to travel to another CCC location.”

Military career rolls to an end for Horner

In the late 1970s, joining the National Guard was a popular thing to do for teenage boys in York, Nebraska. 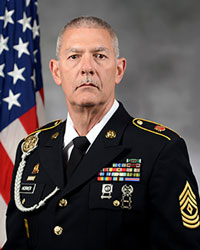 But Barry Horner, who moved to York in 1978, wasn’t ready to follow them. After graduating from high school in 1979, though, he found himself facing a tough job market.

It took almost a year before he realized that what he needed most was structure and discipline, leading him to sign up with the National Guard on March 3, 1980.

Horner, who is now veteran and military services director at Central Community College, sailed through both basic training and advanced individual training and graduated in the top 10 percent of his 144-member class.

He served in the National Guard for less than a year before a worsening job market made him reevaluate his situation. He opted for active duty with the U.S. Army, a 12-year adventure that took him overseas to a small town in Germany; back to the U.S. to Ft. Hood, Texas; and then to Frankfort, Germany, where he was a military policeman.

During that time, in 1990, he was sent to Iraq. “When I was called, it was nerve-racking but once I got in country, my training kicked in,” he said.

Among his memories: The beauty of Turkey and northern Iraq and the desert of southern Iraq. The lack of shops and stores. Iraqis stopping their cars in the middle of the street during the daily five calls to prayer. Cleanup time when everyone goes to the river, and the livestock is given upstream priority over men, vehicles, laundry and women – in that order.

“I enjoyed being a soldier. It was something I excelled at,” Horner said. “I would have stayed in, but I got caught in the drawdown after Iraq in 1992.”

Rather than call it quits, he signed up with the Army Reserves where he found a new home.

“My knees were giving out, so I wasn’t going to be deployed,” he said. “Instead I trained those who would be deployed.”

Serving as a certified army instructor turned out to be a perfect fit. He taught truck driving, military wheeled transportation and other soldiers how to be instructors. Later, he evaluated job and survival skills in simulated combat missions.

“It was a blast,” he said. “This job wasn’t teaching a skill but evaluating a skill set and making sure a squad and platoon work as a unit.”

But all good things come to an end. In May, after 41 years, Horner retired from the Army Reserves as a first sergeant.

For 25 of those years, he balanced his military service with his employment in CCC’s information technology services department. After such a long stretch in ITS, he had decided it was time for a change, even if it meant seeking employment outside the college. But then a new opportunity presented itself when Travis Karr resigned as CCC’s veteran and military services director.

Horner jumped at the opportunity. “I love it,” he said of the position he has now held for 10 months. “Personally and professionally, it couldn’t have come at a better time.”

He describes CCC’s Veteran and Military Resource Centers at the Columbus, Grand Island and Hastings campuses and the Kearney Center as a “CCC-based USO. We have a lounge, snacks, beverages, things to do. We give you a quiet place to study or do an interview. Vets are a different breed who have seen things, lived through things. Here (the VMRC) they can find camaraderie.”

He said he inherited a solid team from Karr and is now focused on using the skills the military taught him – self-discipline, motivation and strategic thinking – to build a better one by increasing cross-college cooperation to meet the needs of student veterans.

Their work, Horner said, can have an important impact on those students’ lives, something he realized at his military service retirement.

“You often don’t realize the impact you have on someone until well after the fact,” he said. “If I’ve affected a change in someone for the better, that’s something that’s touching and humbling.”

It may be 2021, but the 2019-20 Leading with Excellence class at Central Community College has finally graduated.

Like almost everything else in the world, COVID-19 interfered with and delayed the normal schedule.

The Leading with Excellence program began in the 2016-17 academic Year. It is designed to help CCC employees identify opportunities within the college for growth or advancement.

“Not everyone who enrolls in the program is necessarily interested in advancement or changing positions,” said Pennie Morgan, employee relations manager. “Other benefits could be to improve working relationships between departments and campuses; learn best practices to enhance services within departments and identify ways to better serve students.”

The nine-month program gives participants exposure to every location and access to current CCC leadership. They also learn about college operations and departments, build relationships across departments and locations, and gain from personal and professional development activities.

They spend one full day each month at a different CCC location. Half the day is focused on college-specific services or departments and the other half on personal and professional development activities.

Applications for the 2021-22 class will be sent in an “All CCC” email by late August.

To date, 63 individuals have completed the program. They are: 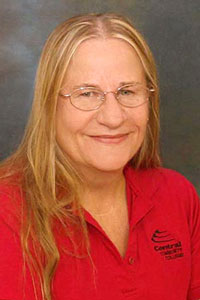 She started in the human resources department as a work-study in 1993 and was promoted to a full-time position on June 10, 1996. The wellness duties were added in 2016.

Prior to joining the CCC staff, she worked for 17 years in the dry cleaning industry as a working manager and then for five years at Skagway.

West is a graduate of Grand Island Senior High School. She earned two associate of applied science degrees from CCC: one in information technology and the other in business and management.

She is a member of the Trinity Lutheran Sewing Circle for which she sews quilt tops that go to missions in Tanzania, Russia and other places where they’ll be cleaned in rivers. West has done as many as 96 quilt tops in a year.

She is married to Ray West and has two sons, Kenny and Timmy, and a stepdaughter, Susan Miller, all of Grand Island. She and Ray have eight grandchildren and three great-grandchildren.

Two individuals have joined the staff: Christian Heppner as an HVAC maintenance technician, and John McKinney as coordinator of the Schuyler Cargill Learning Center.

Beverly Lahlum Taylor has resigned as associate dean of students.

Promoted to new positions are Brandon Stalvey, from electrician/maintenance to enrollment specialist in the admissions office, and Carly Walker, from part-time automotive lab assistant to full-time transportation lab assistant.