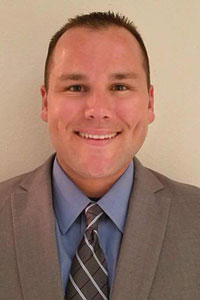 Jake Dilsaver of Lincoln has received the 2020 Outstanding Alumni Award from the Columbus Campus.

He earned an associate of applied science degree from CCC-Columbus in 2005, graduating with honors. He then transferred to Wayne State College to study criminal justice. 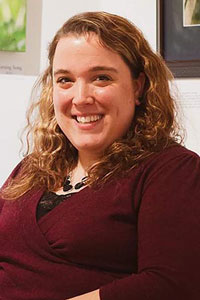 Nia Karmann of Omaha has received the 2020 Outstanding Alumni Award from the Grand Island Campus.

She is the owner of Nye Street Studio in Omaha and is an award-winning, professional photographer who specializes in fine art and portrait photography. She’s been featured on NET’s Nebraska Stories, Nebraska Public Radio and NTV’s The Good Life, and her work has been showcased in art galleries, magazines, online publications, books and calendars.

Her photography has received local and national awards and been published in an international magazine. Her 2019 recognitions include winning second place at the Grand Island Art in the Park for a banyan tree photo from Hawaii; being selected as the featured artist at the Sump Memorial Library in Papillion from June 1 through July 31, and getting published in the Summer 2019 Fine Lines Book as an honorable mention winner. She received that last award as a part of the Omaha Artists Inc.’s Chillin Winter Art Show, and it was her photo featured on the wraparound cover of the Fine Lines Autumn 2018 issue. 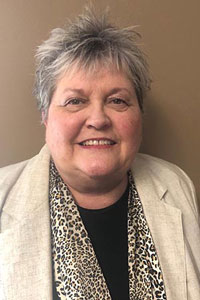 Carol Welke of Hastings has received the 2020 Outstanding Alumni Award from the Hastings Campus.

She earned a two-year diploma in dental assisting in 1976, becoming the first member of her family to graduate from a postsecondary school.

Welke has been employed by Landgren Family Dental for more than 35 years. She worked for many years as a chairside assistant to Dr. George Landgren before being promoted to running the front desk and training incoming dental assistants. When Dr. David Landgren joined his father in his practice, she was promoted to office manager. She had planned to retire in March, but COVID-19 led Landgren and Uden Family Dentistry to ask her to stay longer because of her experience and expertise.

The following employees are retiring from Central Community College: 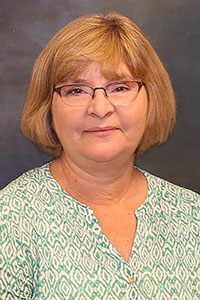 Dorothy Condreay of Lincoln has been a chemistry instructor at the Columbus Campus since 1995.

Prior to joining the CCC staff in 1995, she taught for 16 years at Nebraska high schools in Stanton, Silver Creek, Albion and Milford. Other work experience included serving as a dining room shift manager for the Garden Café and Bakery in Lincoln.

At CCC, Condreay was involved in the general education, Columbus Christmas, outstanding alumni and Columbus Campus Faculty Member of the Year committees and was the lead multiple times on the science committee. She served twice as the faculty representative on the Columbus Campus Cabinet and the College Cabinet. She also developed science demonstrations for girls in science and various tour groups and spoke about academic transfer to the CCC Board of Governors.

Her husband, Blain, was a biological sciences instructor at the Columbus Campus until his death in 2016. They have four children: Marcus Condreay of Denver, Colo.; Joel Condreay of Hickman, Sheri Tremain of Dayton, Wyo.; and Christina Condreay of Alexandria, Va. They also have four grandchildren.

Condreay will retire after teaching this summer. 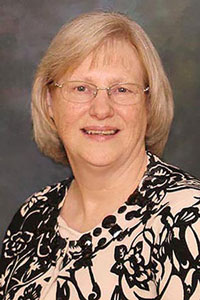 Liz Luna of Grand Island has been registration and assessment director at the Grand Island Campus since 2017 but she has been employed by CCC since 1975.

Her affiliation with the college began in January 1975 as a student in its first location in Grand Island in a downtown storefront next to Northwestern Energy. The space was furnished with folding tables and chairs and its parking lot across the street could hold about 13 cars.

At the time, the Grand Island location didn’t offer credit courses so Luna took continuing education classes in secretarial science. In May, she was hired as a secretary for the business and general education department, marking the beginning of a career at CCC dedicated to working with students.

Luna was promoted to a full-time position in July 1975 as a receptionist and secretary for CETA, a federal program that paid students to go to school.

From 1976, she not only worked full-time for CCC but also bartended at night.

Luna earned a GED diploma in 1974, the same day she earned a legal and medical secretary diploma from the Grand Island School of Business. She later earned associate of applied science degrees in secretarial science and data processing from CCC and a bachelor’s degree in management from Bellevue University, graduating with honors.

She is continuing to work part-time at the college.

Home Office of the Week

During this COVID pandemic, Central Community College has been naming a CCC Home Office of the Week. Winners receive a Home Bound Hero award/gift and are spotlighted in an email to all CCC employees and on the human resources’ Facebook page.

Mach’s light-filled dining room serves as Command Central, doing duty as her psychology classroom, her children’s kindergarten and third grade classrooms and an office where she can do live lectures, hold open office hours and grade assignments. Most importantly, the chairs are comfortable and the kitchen is nearby for snacks and coffee. She also is more appreciative of her patio where can grade and work as long as the weather cooperates.

Gray’s dining room is in close proximity to the bathroom, the refrigerator and a window and is within yelling range to make sure her child is staying on task. She said her whole workspace makes her happy, including the cat turned co-worker, the picture of her smiling daughter, her graduation tassels and master’s cap, and a case of wine that reminds her that she can get through anything.

Saum’s dining room provides great views and allows Saum to enjoy nature while she works. As a library assistant, she said she most misses all the books and the students. Her favorite aspect of working at home is the phone ringing on her laptop because she knows it’s a real live person. Whether it’s a student or a co-worker, it brightens her day, especially when she can see their face – and their kitchen.

All three women said they most miss CCC students and colleagues. Gray added traveling to other CCC locations and Saum added books to the list. Mach added she also missed going to the restroom without someone asking her a question from outside the door.

College President Matt Gotschall has been elected first vice chairman of the Heartland United Way Board of Directors.

Daniel Gettinger is the new associate dean of skilled and technical sciences.

Admissions Director Kristin Hoesing has been elected to the Girl Scouts Spirit of Nebraska Board of Directors.

Dental hygiene instructor Cindy Gaskill received the Lifetime Achievement Award from the Nebraska Dental Hygienist Association (NDHA) at its annual session April 24-25, which was held as a webinar.

She has been a member of the NDHA her entire career and is a past president. She has served on the local, component and state levels in many areas, including as president of the Greater Nebraska Dental Hygiene Component.

She is a founding member and past president of the Central Community College Dental Hygiene Alumni Association. She recently completed a 10-year term as one of two registered dental hygienists on the Nebraska Board of Dentistry. She also serves as a coordinator, team captain and examiner for the Central Regional Dental Testing Service.

During the NDHA annual session, Gaskill also presented a continuing education class along with part-time CCC dental hygiene instructors Diane Alden and Deb Schardt. The presentation, “Public Health Registered Dental Hygienist (PHRDH),” covered the application process to become a PHRDH and the procedures, reimbursements and dental coding for a PHRDH.