Jerry Muller
Employee of the Year 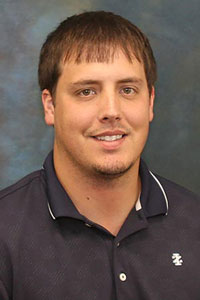 Jerry Muller of North Bend has been named the Employee of the Year at Central Community College-Columbus.

Muller is an industrial technology coordinator and trainer based at the Columbus Campus but provides training throughout CCC’s service area.

Nominators cited his exceptional people skills, in-depth knowledge of electrical and mechanical systems, and ability to effectively share his knowledge with his students. They also said he shows respect for his students and colleagues and serves as a positive role model for the college.

Muller was instrumental in developing and launching the Tyson Meats training program in Lexington, which required adapting curriculum, remodeling facilities and buying equipment to meet the company’s training needs. He also has a lead role in the iMec 2.0 grant from the National Science Foundation that will bring mechatronics education to six high schools in the CCC service area.

“Jerry has made a great impact on our training and development team,” one nominator said. “He has been instrumental in reaching out to industry to help develop a skilled workforce.”

Another nominator agreed, saying that “his knowledge of the material and his innovative approach in his delivery are attributes we all look for in an instructor.”

At CCC, he has helped repair injection molding units for the plastics program, hook up robotic welders in the welding lab, and teach an introductory mechatronics and instrumentation class for high school teachers and administrators. He reached out to several vendors and received free or reduced costs on several pieces of equipment for the college.

“His ability to support the college on all these levels has helped us become more innovative and resourceful which greatly improves CCC’s ability to serve our students and communities,” a nominator said.

Prior to CCC, he was employed at Cargill in Schuyler for nine years where he started out on the maintenance team and finished as a lead automation technician.

He and his wife, Brittnie, have two children: Oaklie, 5, and Briggs, 2. 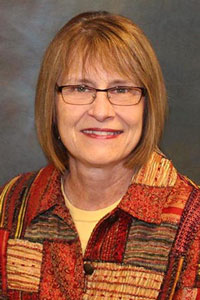 Peg Slusarski of Columbus has been named Faculty Member of the Year at Central Community College-Columbus.

Slusarski has been an English and speech instructor at CCC since 2010.

“She is always willing to work with students who need assistance inside and outside of the classroom,” one nominator said. “She always shows concern for the growth and well-being of students as people. It is clear she cares deeply for her students and puts in the extra effort to make sure they’re doing what is necessary to achieve their goals.”

“I have worked closely with Peg since 2018 on an Ed Services subcommittee and have greatly benefited from her dedication, expertise, hard work and passion,” said another nominator. “I’m grateful to say I had the opportunity to work with her.”

Slusarski is a graduate of Sacred Heart High School in Greeley. She earned an associate of arts degree from Norfolk Junior College and bachelor and master of arts degrees from Kearney State College.

She taught at Genoa, South Sioux City and Columbus Lakeview high schools and for 12 years was an adjunct public speaking instructor at CCC before joining the staff full-time.

She received CCC’s TRiO/SSS Support Award for going the extra mile to help students in the program succeed.

She and her husband, Jerry, have four children: Mitch Slusarski of Rapid City, S.D.; Kelly Slusarski of Easton, Mass.; and Mandi Phillips and Drew Slusarski of Denver. They also have 10 grandchildren. 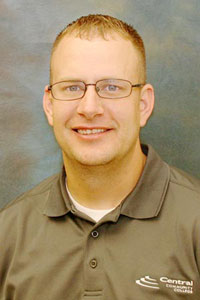 Pettit is a mechatronics instructor at Central Community College-Kearney.

Named in honor of former AACC President and CEO Dale P. Parnell, this recognition was established to recognize individuals making a difference in the classroom.

Recipients are selected on the following criteria: their passion for teaching, support of students inside and outside the classroom, participation on college committees, and willingness to go above and beyond what is required to ensure students succeed in their academic endeavors.

Pettit worked for three years as an industrial technology coordinator and trainer at CCC before stepping into his current position at the Kearney Center where he created curriculum and set up a state-of-the-art lab featuring electronics, programmable controls, pneumatics and fluid systems used in local industry.

He teaches people of all ages and technical abilities and engages their learning through a Mechatronics Club and community service projects.  He worked with a local plant of an international medical supply manufacturer and the Nebraska Department of Labor to create an apprenticeship program.

To promote interest in mechatronics at earlier ages, Pettit worked with University of Nebraska Extension 4-H to form a Lego Robotics Club that meets at CCC with students competing in three separate competitions.

In 2020, he began working with a team from CCC and a Minnesota college on implementing a $1.3 million National Science Foundation grant to assemble trainers, write curriculum and remotely deliver fundamental mechatronics courses to rural high schools.

Outside of the classroom, he is a subcommittee chair for a newly established CCC Equity Action Committee which was established to identify and address inequities within the institution.

Pettit recently retired from the National Army National Guard after 20. He achieved the rank of sergeant first class and held such leadership positions as squad leader, convoy commander and platoon sergeant. He deployed with the 1074th Transportation Company to Iraq in 2006-07 and has received numerous service awards, including the Meritorious Service Medal, Combat Driver’s Badge and Army Commendation Medal. He now serves as a role model and mentor for CCC’s veteran and military students and their families.

PTK is an international academic honorary for students in two-year colleges. CCC’s chapters are Chi Sigma at the Columbus Campus; and Alpha Tau Tau at the Grand Island Campus, which also includes Kearney Center students; and Beta Alpha Delta at the Hastings Campus.

Seven students were named to the 2021 Phi Theta Kappa (PTK) Nebraska All-State Academic Team, which is sponsored by PTK and the Nebraska Community College Association to honor students for academic achievement, leadership and community service.

The CCC chapters were among 43 chapters participating in the virtual Kansas/Nebraska Regional Convention.

The Chi Sigma Chapter received the 5 Star Chapter Distinction and a fourth place in the Honors in Action category.

The Alpha Tau Tau Chapter received the 5 Star Chapter Distinction, second place in the Sister Chapter category and an honorable mention in the College Project category. It also was recognized as a Reach Rewards Chapter for achieving or exceeding 15 percent for membership acceptance rates.

The Beta Alpha Delta Chapter received the 5 Star Chapter Distinction, second place in the College Project category, fourth place in the Most Outstanding Chapter category, and an honorable mention for the Honors in Action Project. 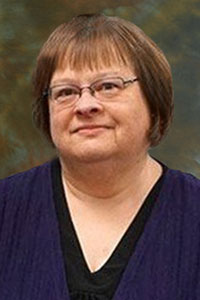 Lael Churchill of Holstein has been employed as an administrative assistant in the skilled and technical sciences division at the Hastings Campus since August 1998.

She is a graduate of Hastings Senior High School and attended Kearney State College as a vocal music major for two years. She earned a bachelor’s degree in business administration of technical services in 1991.

Prior to joining the CCC staff, she worked in the office of K N Energy in Hastings for 18 years until corporate offices moved to Lakewood, Colo.

She served on the Holstein School Board for two terms. She is a member of Grace United Methodist Church in Holstein, serving as secretary of the Administrative Council.

She and her husband, Ronald, have two daughters: Audrey Churchill-McElhaney of Littleton, Colo., and Wendy Churchill of Lincoln. They also have a grandson. 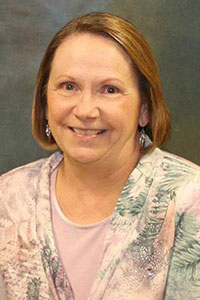 Pat Marquis of Omaha joined the Columbus Campus staff in January 1992 as the learning assistance coordinator. The position was part of a grant to start a tutoring center as well as a center to organize the developmental reading, writing and math courses.

The center was later named the Academic Success Center and she served as its director until 1997 when she became a development math instructor. She made the transition to math instructor in 2005.

She previously worked for 10 years as a fifth-grade teacher at St. Bonaventure Elementary School in Columbus.

She received the Outstanding Student Award in Mathematics at CCC and is proud that she took all of CCC’s undergraduate MATH courses before beginning graduate level math courses at UNL. She also was named Faculty Member of the Year.

She and her husband, Darral, have three children: Chad Marquis of Omaha, Michelle Vulgamott of Plattsmouth and Christopher Marquis of Elkhorn. They also have seven grandchildren. 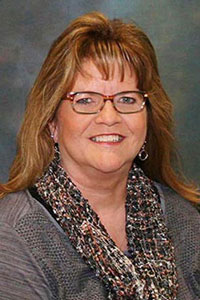 Bonny Rainforth of Prosser was an adjunct math instructor during the summer of 2011 but moved into a full-time position that fall.

Rainforth graduated from Hastings High School. She earned a bachelor’s degree in education and math from Kearney State College in 1980 and a master’s degree in math education from the University of Nebraska-Kearney in 1989.

She is a member of the Tri-City Street Rods, a classic car club; the Hastings Saddle Club, a horse riding group; and Rosedale Methodist Church.

She and her husband, Randy, have two sons: Alex Rainforth and Chris Rainforth. 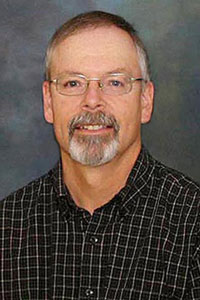 Craig Ratzlaff of Aurora has served as a personal development instructor at the Grand Island Campus since August 1993. He also taught education classes.

Prior to joining the CCC staff, he worked as a business teacher at Polk Public Schools and a guidance counselor at Broken Bow Public Schools where he also served as a GED examiner, ACT test supervisor, psychology teacher and college night organizer.

Ratzlaff is a graduate of Henderson High School. He went on to earn a bachelor’s degree in business administration and education from Kearney State College and a master’s degree in education with emphases in counseling and student personnel services from Kansas State University in Manhattan.

His community activities include serving on the board of the Hamilton County Food Pantry.

He and his wife, Carol, have two sons: Eric Ratzlaff of St. Louis, Mo., and Joel Ratzlaff of Omaha.

Stan Coleman has resigned as an information technology services specialist.

Beverly Clark III has resigned as dean of academic education.

Brandon Piersol has joined the staff as a welding instructor. So have Waheed Haider, who will split his time as an information technology instructor between Grand Island and the Kearney Center, and  John Sumsion who replaces Darrin Wilcox as a criminal justice instructor.

Services on May 29 included a private service for the family at Greenwood Cemetery in Franklin and a public celebration of life at Crossgate Community Church in Franklin.

She was born Jan. 18, 1950, to Kenneth and Dorothy Steinkruger in Minden. She was raised in Franklin, where she graduated from high school and married her high school sweetheart, Ronny Meyer.

She earned a bachelor’s degree in education and a master’s degree in counseling from the University of Nebraska. She taught third and fourth grades at District 60; managed Jake’s Yogurt Shop in Hastings and served as executive director of the Adams County Development Council in Hastings before joining the Central Community College-Grand Island staff as a counselor.

Memorials may be given to Parkinson’s Nebraska at parkinsonsnebraska.org.

Holly Goodell and Katy Zavadil have joined the staff as nursing instructors.

Steve Hoyt has resigned as an automotive technology instructor.