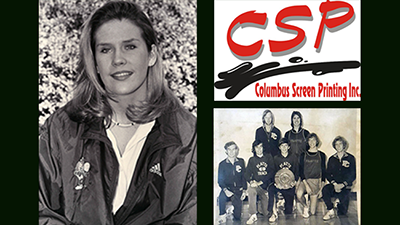 The Central Community College Athletic Hall of Fame will add one individual, one team and one business during induction ceremonies on Friday, Nov. 15. The induction ceremony will be held at 7 p.m. at the Freidhof Building, 1270 27th Ave., and is part of the CCC Foundation Community Appreciation Night. The 2019 CCC Athletic Hall of Fame inductees are:

Chamberlain was a standout on the CCC volleyball team in 1997 and 1998, leading the Raiders to a third-place finish in the NJCAA Division I region tournament in the latter year. The Grand Island native was an All-Region IX selection in 1998 and made the Region IX All-Tournament team as a freshman and sophomore. Chamberlain logged 793 kills, 874 digs, 109 blocks and sported a .327 hitting efficiency during her CCC career. She was also named All-NCCAC in 1997 and 1998.

For more than 35 years, Columbus Screen Printing (CSP) has been a major contributor and supporter of Central Community College athletics. Owners Tom and Jenny Schwank go above and beyond to make sure the CCC teams look the best in Raider apparel with quality designs on team gear. CSP has been a tremendous partner with generous support to Raider fundraisers to assist the needy or special causes such as cancer screenings and awareness.