Dr. Christopher Waddle has been appointed the new president of Central Community College-Hastings. 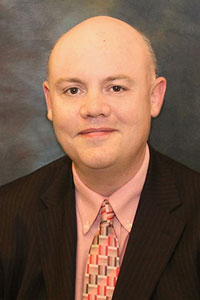 He replaces Dr. Jerry Wallace, who resigned to assume the presidency of Danville Community College in Danville, Va.

A longtime CCC employee, Waddle was hired as a history and political science instructor at the Hastings Campus in 2003.

In 2011, he accepted the areawide position of vice president of human resources. In this role, he was responsible for compliance with regulatory agencies in administering policies and procedures; recruiting and hiring for faculty and staff positions at all CCC locations; managing labor relations and negotiations; and acting as the Equal Employment Opportunity officer.

“I am looking forward to getting back to the Hastings Campus and working directly with our faculty and staff who are doing the essential work of building a highly trained workforce in central Nebraska,” Waddle said.

Prior to joining CCC, he was employed as a customer services manager for Walmart stores in Lincoln from 1995 to 2003 and then as an owner and partner of Ericson-based Waddle Enterprises LLC from 2003 to 2009. He oversaw management of the busing contract for Wheeler Central Public Schools.

He earned an associate of arts degree from Southeast Community College in 1998 followed by a bachelor of science degree from Peru State College two years later. In 2002, he graduated with a Juris Doctorate from the University of Nebraska-Lincoln and was admitted to the Nebraska Bar.

Waddle recently concluded an 11-year membership on the Giltner Board of Education. He served on the Nebraska State Education Board of Directors from 2009 to 2012 and the Nebraska Association of School Boards legislative committee from 2017 to 2022.

“Chris understands the proud history of the Hastings Campus while in tune with the innovative programs, facilities and personnel who will make a positive difference for future generations,” said CCC President Dr. Matt Gotschall.

In addition to service as Hastings Campus president, Waddle will be responsible for CCC’s skilled and technical sciences and business and entrepreneurship divisions. He began his new duties on June 25.

Central Community College and the University of Nebraska-Kearney have entered a unique residential housing partnership.

Beginning this fall, the CCC/UNK Residential Housing Program will allow CCC-Kearney students to live in UNK’s Randall/Mantor Hall or Centennial Towers. The students must be enrolled in 12 or more credit hours for both the fall and spring semesters and be age 25 or younger on the first day of classes.

“Central Community College is thrilled to be embarking on what we believe to be a historic and unique partnership with UNK, said Dr. Beth Klitz, CCC dean of student success. “Through this program, CCC’s Kearney Center students have a tremendous opportunity to experience the benefits and rewards of an on-campus living experience.”

In addition to housing, CCC-Kearney students can opt into such UNK services as health and counseling, student events, the wellness center and student parking.

“We are committed to providing a strong out-of-classroom educational environment for university students and are excited to be branching out to assist college bound students that need housing in the Kearney area,” said Trelana Daniel, UNK director of residence life.

The award recognized CCC’s creation of an accelerated Human Relations Awareness course that is required for Nebraskans who want to be substitute teachers. The two-week, one-credit course features an online delivery.

Glen Wiemer of Creston was named the Employee of the Year at Central Community College-Columbus in May. 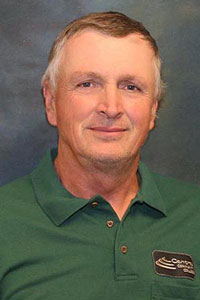 Wiemer has been a building maintenance technician at the campus since 2004.

Nominators cited his strong work ethic, commitment to the college, preciseness and careful attention to detail.

“He has received some challenging requests over the years that include designing and building projects for the campus,” said one nominator, who listed high-quality bookshelves, steampunk benches made from the gym floor, and  hanging and re-hanging pictures as examples.

“His quiet humbleness has been described as a gift, especially in this sometimes-loud world in which we live,” said another nominator. “While Glen may not consider himself an ambassador for the college, his kindness is seen and felt by many employees and students.”

Wiemer is a graduate of Leigh High school and attended CCC for a year.

He is a member of St. Peter’s Lutheran Church in Creston where he served on the church council for 15 years. He has been on the Creston Rural Fire District for 39 years.

Prior to CCC, he did rough construction and finer custom cabinetry. He also farmed.

He and his wife, Gloria, have four children and eight grandchildren.

Three Central Community College employees have completed 25 years of services. They are:

She began work at CCC full-time on June 16, 1997, as a programmer. In addition to programming throughout her time at the college, she also has provided user and software support.

Prior to CCC, she had worked for seven years at a Grand Island accounting firm where she served as the main computer person and also did accounting.

While at the accounting firm, she began teaching information technology classes part-time at CCC and continued in that capacity for the first four years after being work at the college. She taught for a total of eight years.

She is a graduate of Grand Island Senior High School as well as CCC where she earned associate of applied science degrees in accounting and information technology.

Cohn has been fighting a battle with two types of cancer for more than two years. One of the things that keeps her going is the important role of family in her life. She loves following the academic, musical, theater and sporting activities of her three nieces. She also serves as a caregiver for her mother and had done the same for her father before his death.

Doug Hann of Columbus joined the staff as a part-time employee in the media department at the Grand Island Campus and worked in that capacity for two years. On April 28, 1997, he was promoted to a full-time media technician position at the Columbus Campus. In 2016, he shifted into his current position as an information technology systems specialist.

Prior to CCC, he had worked for 21 years as an USDA-licensed grain inspector for a private agency.

He is a member of the Federated Church in Columbus, a part-time lifeguard at the YMCA and a certified pool operator.

Keith Manak of Columbus began work at the Columbus Campus on June 16, 1997, as a pressman and later transitioned into his current position as print equipment operator.

Prior to joining the CCC staff, he had worked as a commercial printer for seven years at Ultra Graphics in Columbus.

He graduated from Clarkson High School and earned a bachelor’s degree in graphic design from Wayne State College.

In addition to his regular job at CCC, he announces for all Raiders Athletics home games. He also is a TeamMates mentor and loves to hunt and fish. 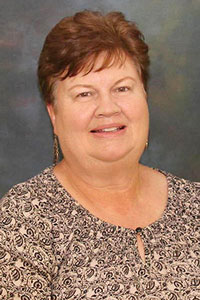 Prior to joining the CCC staff, she worked at the Shelton Township Library and typed recipes for Morris Press.

Codner is a graduate of Wood River High School. She earned an associate’s degree from CCC, a bachelor’s degree in business management from Bellevue University and a master’s degree in library science from the University of Missouri at Columbia.

She and her husband, Wain, have a daughter. Their son was killed in action in 2004 during the Iraq War. 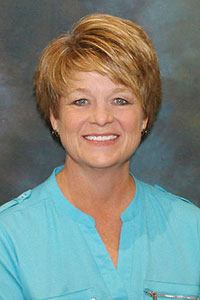 Vicki Kucera of Lawrence, area director of financial aid services, had spent her entire career at CCC in the financial aid department. She joined the staff in 1981 as a secretary and later became a technician. She was promoted to the position of Hastings Campus financial aid director in 1994 and became the area director about eight years ago.

Prior to CCC, she worked as a secretary for Educational Services Unit No. 9 in Hastings for about five years.

She has been involved at the state, regional and national levels of the National Association of Student Financial Aid Administrators (NASFAA) for about 20 years. She served as president of both the Nebraska association and the Rocky Mountain association and on the NASFAA board as a regional representative. She has taught at the Rocky Mountain Institute, which she describes as a premiere training opportunity for financial aid personnel, and also chaired it several times.

Her community involvement also includes serving on the United Way Board of Directors for the South Central Region.

She and her husband, Bob, have two children and two grandchildren. 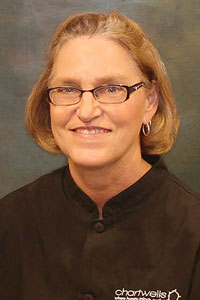 Susan Kay Ziemba, 63, of Genoa died June 18 at Genoa Community Hospital in Genoa. Services were June 25, at Ss. Peter and Paul Catholic Church in Krakow with burial in the church cemetery.

She worked for Chartwells on the Columbus Campus for more than 20 years. Previously she had worked at Cedar Rapids State Bank in Cedar Rapids, City Cafe in St. Edward, Daylight Donuts in Genoa and Genoa Long-Term Care.

Survivors include her husband, three children, mother and a brother. She was preceded in death by her father, a brother and sister.

Palmer-Santin Funeral Home was in charge of arrangements.

Carla Uhlir has been promoted from part-time to full-time administrative assistant for the paramedicine program.

A one-act play, “Until They Forget,” by biology instructor Robin Buckallew will be presented in the Johnny Carson Theatre in the Temple Building at the University of Nebraska-Lincoln. It will be performed as part of the First Flight Festival by the Angels Theatre Company. Performances are scheduled at 7:30 p.m. July 21-23 and at 2 p.m. on July 24.

Joining the staff are Sheila James as a groundskeeper and maintenance technician and Kerri Knotts as a custodian.

Christina Ballard has resigned as a speech instructor.