The CNA program, housed at CCC’s Kearney Center, and its success will greatly affect the Kearney and surrounding communities in caring for an increasing elderly population in long-term and assisted-living facilities. The donation also comes at a critical time with the relocation of the Central Nebraska Veterans Home from Grand Island to Kearney next year.

“The nursing program at Central Community College is honored to be a part of this generous gift,” said Pamela Bales, associate dean of nursing. “At a time where the need for nurses continues to grow, this donation allows tremendous opportunities for individuals that may not have been able to achieve dreams of becoming a nurse. We look forward to educating nurses that have a passion with working with the elderly and a drive to improving management of care in the specialized field of gerontology.”

The $1 million gift will be allocated over five years and will fund a full-time CNA instructor and provide financial assistance for CNA and nursing students at the Kearney Center. The donation will also establish an endowed fund to award scholarships for students in nursing fields.

“We really appreciate the long-term vision and passion that the donor has for the nursing program,” said Dean Moors, executive director of the CCC Foundation. “The need for elderly care is going to be critical as the population in the Kearney area continues to grow. This is an exciting field for nurses to provide an ongoing service to individuals in an increased number of facilities.”

The Kearney Center began in 1958 as a practical nursing education program sponsored by Kearney Public Schools and later became part of Central Community College. In recent years, more than 90 percent of all CCC graduates stay in the 25-county service area and nearly 100 percent stay in Nebraska, which is an economical boost to the area and state.

“We are very pleased with the positive impact this gift will make in the Kearney area as it is seeing growing demands for nursing assistants and nurses in their local workforce,” said CCC President Dr. Matthew Gotschall. “The donors are visionary in their approach to ensuring high-quality elderly care is available well into the future, while also creating financial opportunities for students seeking those high-wage careers.”

For the sixth straight year, the Veterans and Military Resource Center (VMRC) at Central Community College is No. 1 on Military Times Best: Colleges 2019 rankings.

CCC finished ahead of community colleges in Michigan, Texas, Washington, and Virginia.

“Being recognized by Military Times as one of the best institutions for military-affiliated students demonstrates CCC’s commitment and dedication to veterans, service members and their families,” said Travis Karr, CCC veterans and military services director. “Student veterans face unique challenges as they readjust to civilian life and we are exceptionally proud that CCC has multiple centers and services available to empower them through the transition. The VMRC is wholeheartedly committed to facilitating the educational success of all our veterans and services members at CCC and beyond.”

“Military Times’ Best for Vets designation is trusted throughout the veteran community as the mark of excellence for schools and other organizations that work with veterans, service members and military families,” said George Altman, Military Times editor in charge of the rankings. “Fewer than half of the roughly 500 colleges and universities that competed for the recognition earned the right to call themselves Best for Vets in 2019. Their efforts should be commended.”

When it comes to solving math problems, sometimes there is more than one way to get to the right answer.

For Central Community College, the problem is ensuring students are successful in their math courses. Math Paths and the Nebraska Math Readiness Project are the two solutions.

At CCC, students whose placement scores show they need additional preparation before going into college-level classes are directed into the foundations class, Math Essentials, no matter what their educational or career goals actually require.

That’s about to change. Beginning with the 2019 spring semester, a redesigned math sequence called Math Paths will be piloted. The one option of Math Essentials has been transformed into two options: practical math and pre-algebra.

Practical math is for students who need to meet prerequisites for associate of applied science degrees in business, occupational and technical programs. Pre-algebra is for students planning to transfer to a four-year institution. 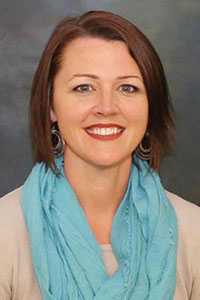 “By putting everyone in the same foundations math classes, we were overserving one group of students and underserving the other,” said Rachel Brown, interim associate dean of academic education and a math instructor.

Also, because Math Essentials was a five-credit class, it was difficult for students to work it into their schedules. This is something that should be easier since the two new classes are each worth three credits.

“The whole idea is to shorten the path for students. The longer they spend in foundations math, the less likely they are to finish math,” Brown said.

This pilot program was made possible by the CCC Board of Governors and college administration giving the math faculty the green light – and the latitude and support – to make improvements.

“It’s been an exciting, faculty-driven project,” Brown said. “The administration tasked us with coming up with significant change and allowed us to think outside of the box.”

The math faculty took the task seriously, meeting throughout the summer to write the curriculum and choose the textbooks for both classes. To ensure the practical math course was relevant, they also met with skilled and technical science faculty.

“It was good to hear from these instructors,” Brown said. “As math instructors, we know math is useful to them, but we didn’t know the specifics. They showed us how math fits into their programs.”

Now the math faculty are working on the third course that is part of the Math Path options: pre-statistics, which won’t be offered until the 2019 fall semester. Whether a student goes into this class or into pre-algebra will be determined by their major and the transferring institution.

“And there’s one other piece we’re still exploring and that’s a co-requisite,” said Brown. She explained this option would allow students to get through some business, occupational and technical courses without having to take the full-blown practical math class. “It’s an option for down the road.” 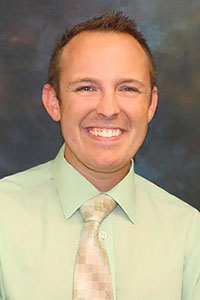 For Corey Hatt, “down the road” means something more concrete than a reference to future planning. It means getting on actual highways and driving to schools that are part of the Nebraska Math Readiness Project.

As CCC’s project director, Hatt is overseeing the project’s implementation, informing schools about it and setting up training for high school teachers, counselors and principals.

“The project is designated for students scoring between 13 and 18 on the math portion of the ACT,” he said. “Right now, if they fit into that category, when they enroll at a community college, they need to take three levels of foundations math before taking a college-level class. If they fail, they have to take it again at full tuition, and those are non-credit-bearing classes.”

The Nebraska Math Readiness Project will instead allow students to take foundations math as a high school class taught by a high school teacher. Those who pass will meet the prerequisite for college-level math classes, saving them time and money.

“By taking this class and completing it, they’ll start out in college on the right footing and be more destined for success,” Hatt said. “It also will increase the college’s enrollment and degree completion rate.”

CCC is involved in the project with four other Nebraska community colleges: Mid-Plains, Northeast, Southeast and Western Nebraska. It’s primarily funded by a three-year grant from the Peter Kiewit Foundation.

“We have a good mixture of small, middle-sized and large schools,” Hatt said, but the plan is to “grow the project in the next two years and increase the number of schools and students.”

Those schools are also provided with support from the participating college’s math faculty. For CCC, those instructors are Phil Broberg from the Columbus Campus and Amy Wahlmeier from the Hastings Campus. “They go to the schools and see where the successes and pitfalls are,” Hatt said. “They may help the students, but their big role is to provide support for the teacher. They’re our first line of defense.”

The Nebraska Math Readiness Project was the brainchild of Dr. Deb Brennan, CCC’s now retired executive vice president, and other community college chief academic officers. Patterned after the successful Tennessee Sails Project, it is designed to make sure high school students are math-ready before enrolling in college.

“The whole project was well received by our faculty,” Brennan said. “I’m so proud of how proactive they were, and I’m excited to see it being implemented.”

The Central Community College Foundation has received a $1,000 grant for CCC’s food and hygiene pantry.  The grant is provided through Farm Credit Services of America’s (FCSAmerica) Working Here Fund.

The grant will be used to purchase supplies for the pantry, which increases access to food and nutritional materials to CCC students who are experiencing food insecurity. Food bought with the grant will be distributed to the college’s pantries at its Columbus, Grand Island and Hastings campuses.

With access to food, students can spend more time focused on their academic success and less time concerned about their next meal.

“We are proud to support organizations dedicated to addressing food and hunger issues in our local communities,” said Tami Campbell, vice president of retail operations at FCSAmerica’s Grand Island office.

Central Community College Foundation was one of 78 organizations to receive a Working Here Fund grant in the third quarter of 2018. FCSAmerica awarded $120,625 during that quarter.

The Central Community College Athletic Hall of Fame inducted four individuals, one team and one business on Nov. 10. The inductees are:

Jessica Ahern led the 2005 volleyball team to a top eight finish at the National Junior College Athletic Association (NJCAA) tournament. She was named to the all-tournament team and garnered Second Team All-America honors.

Jim Dolezal served as a student manager and statistician for the men’s basketball team from 1981 to 1983. He had positive influence on the 1983 squad, which finished in second place at the National Little College Athletic Association tournament.

Dr. Beth Przymus served as the associate dean of students at CCC-Columbus from 2006 to 2018. She oversaw athletics during that time and was instrumental in the addition of men’s golf, men’s soccer, softball, women’s basketball and the Raider Rex mascot.

Troy Zierke was a standout member of the CCC men’s basketball team from 1987 to 1989. Averaging 19 points and eight rebounds per game, he earned All-Region IX honors.

The 2005 Raiders won the Region IX tournament and finished in the top eight at the NJCAA national tournament. Multiple players earned post-season honors.

John Willmes has joined the staff as a welding technology instructor.

Two employees have been promoted: Carol Kucera from educational services administrative assistant to executive assistant in the campus president’s office and Kyle Sterner from career and employment services director to associate dean of academic education.

Dustin McCord has joined the staff as a diesel technology instructor.

Jamie Reitz has resigned from her position as a Project HELP success coach.