Three people associated with Central Community College are among the recipients of this year’s 30 Under 30-ish Award.

The Hastings Young Professionals (HYP) group uses the award to recognize leaders in the Hastings area who are between 21 and 40 years old.

Individuals are nominated by their supervisors, colleagues, family and friends and are selected based on their involvement, commitment and leadership in their workplaces and the Hastings community.

Seventy-one individuals were nominated this year. Recipients were announced Aug. 17 at the HYP’s award night at the Lark in downtown Hastings.

She is based on the Hastings Campus, but this is a college-wide position that involves promoting early childhood education initiatives throughout CCC’s 25-county service area and helping integrate regional and statewide initiatives into the department program.

Milovac works to strengthen community relationships and has introduced the Leapfrog Village program to give students community-building and networking opportunities along with their learning experiences. She also has optimized background check processes and assists with assigning practicum partnerships.

“The most rewarding part about my current role is getting to connect with students, educators, community partners, stakeholders and families that want to invest in the education of our youngest community members and those that care for them,” Milovac said.

At CCC, she serves as the Equity Action Committee’s Poverty Committee co-chair and on the New Student Orientation Planning Committee.

Milovac is a graduate of Hastings Senior High School. She earned a bachelor’s degree in speech communication and theater from Doane College in Crete and is now working toward a master’s degree in child, youth and family studies at Bellevue University.

Jessica Rohan is development director for the CCC Foundation.

“The best part of my job is interacting with donors and the realization that what I do is connecting this support to CCC students and ultimately helping them pursue their academic dreams,” Rohan said.

She previously served as creative services manager at David and Associates in Hastings, worked with personnel and grants at the U.S. Meat Animal Research Center in Clay Center; and was employed by CCC in the collegewide position of grants manager.

Rohan became a member of the Hastings Area Chamber of Commerce Board in 2021. She is a 14-year member of the Kool-Aid Days Festival Board and spent three years helping with the annual event.

Aaron Thiessen is the groundskeeping supervisor at CCC-Hastings.

“It’s a challenge,” he said, “but it’s rewarding to see the work we’ve done as it progresses.”

Thiessen is a graduate of CCC-Hastings and was excited to come back to the campus, although the two associate of applied science degrees he earned – one n hospitality management and culinary arts and the other in business administration – have little or nothing to do with his current job. His bachelor’s degree from Bellevue University is in management of human resources.

The Clearwater High School graduate has been making his mark at CCC. Under his leadership, CCC-Hastings was named a 2020 Tree Campus USA and received 2020 Tree Campus Higher Education recognition by the Arbor Day Foundation for its commitment to effective urban forestry management.

Thiessen worked with agriculture instructor Dirk Charlson on a successful grant application, “Utilizing Unmanned Aerial System-Acquired Aerial Imagery,” from NE EPSCoR (Nebraska Established Program to Stimulate Competitive Research. Co-Principle Investigator). The $5,000 grant will pay for drones that can estimate the heights of trees on campus. It also will support an undergraduate intern to conduct research.

His community activities include marching with Out Nebraska in the Star City Pride Parade in Lincoln and volunteering with Heartland Pride to help with the event. He recently was voted to the board of Out Nebraska, an organization supporting the members of the LGBTQIA+ community in the state. 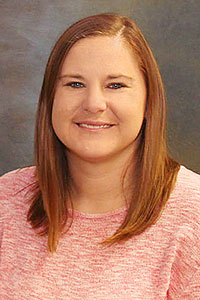 The award is given to an individual or group that has shown outstanding support and commitment to the campus. Bialas was recognized for her contributions to students’ success for the almost 11 years she has worked at CCC.

“Tara is often seen working behind the scenes to help students register for classes, discussing a difficult personal situation, or just brainstorming ideas and being a person who will listen,” her nomination stated.

She serves on the registration, New Student Orientation,  graduation and other college committees and is the hourly staff representative on the Hastings Campus Cabinet. She stepped up to co-sponsor the diversity club and develop a TRiO Club.

Bialas also gives of her time outside of CCC. She serves on the board for the UNK master program, “Counseling and School Psychology and Family Science,” and the Higher Education Advisory Board. She volunteers for St. Michael’s Elementary School activities and community fundraisers.

“Even if the event is not within her department, she is often willing to help,” according to her nomination. “She has a positive way of helping students navigate the minefields of college and reach the end result of getting a degree and also finding success later in life.”

Bialas is a graduate of Lawrence-Nelson High School who went on to earn a bachelor’s degree in social work and a master’s degree in student affairs from the University of Nebraska-Kearney.

Prior to joining the CCC staff, she was employed by Pathfinders where she worked with foster youth and parents.

Bialas and her husband, Aaron, have three children. 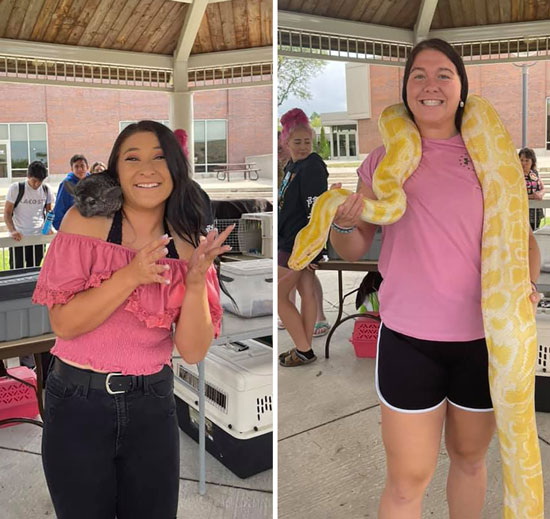 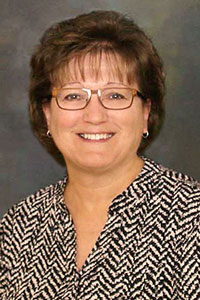 Sandy Smoyer of Phillips has retired as an accounts payable specialist at Central Community College, a position she has held since 2001 when she joined the CCC staff.

She had previously worked in accounting at Northern Propane Company in Central City and Budget Printing, Nash Finch, Diamond Plastics and Max Magruder’s in Grand Island. Her work experience also included serving as a secretary for Great Plains International TV’s affiliate at the University of Nebraska in Lincoln and as a part-time employee at Clayton’s Gifts and Command Performance in Grand Island.

Smoyer is a graduate of Clarks High School and the Lincoln School of Commerce where she received her accounting education. She also took an accounting refresher course from CCC when she returned to work after being a stay-at-home mom.

She is a member of Resurrection Catholic Church in Grand Island. She and her husband, Kevin, have three sons and one grandson. 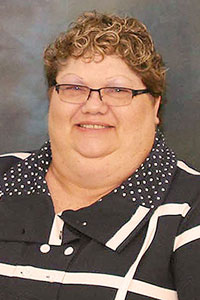 She is a CCC graduate who earned an associate of applied science degree in office technology in 1994. While she was attending school, she worked for Service Master cleaning during and after the horse races at Fonner park. She then worked for a Levi Strauss representative, providing secretarial support and counting jeans at J.C. Penney to determine how many needed to be ordered.

Her previous experience also includes working as a nursing assistant at the Edgar Nursing Home and Perkins Pavilion and as a care staff member at the Veterans Home.

Thompson is an avid scrapbooker who belongs to two clubs and attends scrapbooking events at least twice a year. A particular project is Scrap for Jack, a fundraising project started by the grandmother of a boy who had cancer in his eye and, because he is growing, has to have his eye replaced every three years.

She is a new member of the Hastings Berean Bible Church and a graduate of Shickley High School.

She has three children and five grandchildren. Her husband, Larry Thompson, died in 2013.

There’s still time to sign up for the 39th annual Ram Run and 9/11 Memorial Run/Walk on Sept. 11 at Central Community College-Hastings.

Participants may run or walk a 5K or 1.25-mile course.

Male and female winners in the 1.25-mile race will receive $20 in Hastings Chamber Bucks, and the top three finishers will receive medals. Participation ribbons will be given at the finish line to all children attending.

The cost is $30 for individuals 11 years and older, $20 for kids 10 years and younger, and $15 for CCC students and first responders and veterans.

Registration and payment can be made www.cccneb.edu/RamRun.

Michelle Setlik is shifting positions from grants compliance officer to associate dean of business on the Grand Island Campus.

Kim Ottman, disability services director, has been elected secretary of the executive board for the Western Iowa and Nebraska Association on Higher Education and Disability. 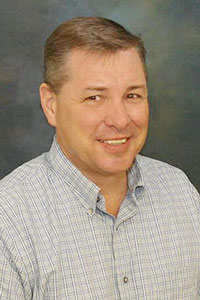 He started work at the Grand Island Campus on Aug. 15, 1996, as an English and speech instructor. He also has taught business communications in the past.

He is a Hastings native who graduated from Hastings Senior High School and then Hastings College with a bachelor’s degree in economics. After a year at Murray State University in Kentucky, he transferred to the University of Memphis in Tennessee where he earned a master’s degree in communication studies.

He has three sons.

Cindy Gaskill has resigned as a dental hygiene instructor.

Laci Reiners has joined the staff as administrative assistant for the skilled and technical sciences division.

Martha Bergquist has resigned as a nursing instructor.