Central Community College has been named as a 2019-20 Military Friendly School and received a gold designation, which puts CCC atop the list of Nebraska small community colleges.

Viqtory, an organization dedicated to creating vital, civilian-produced resources for the approximately 250,000 people leaving the military each year, produces The Military Friendly list.

“We recognize the invaluable service veterans and service members provide for our nation,” said Karr. “We also are aware of the sacrifices military spouses and families must make. That’s why we are committed to empowering these students to achieve their academic, career and personal goals through a wide range of services.”

Institutions earning the Military Friendly School designation were evaluated using both public data sources and responses from a proprietary survey completed by the school. This year, 766 schools earned a designation.

The 2019-20 Military Friendly Schools list will be published in the May issue of G.I. Jobs magazine.

New organization gets off the ground

A new organization has been born at Central Community College: The Criminal Justice Student Association.

The meetings are rotated between the various CCC locations on a regular basis to give all members a chance to attend in person, not only via IP.

In addition to meetings, David said the organization will give members an opportunity to go on field trips, hear guest speakers, participate in campus events, and network with students and faculty.

For more information on the Criminal Justice Student Association, contact David at michaeldavid@cccneb.edu or 308-398-7532.

Students who want to attend the University of Nebraska at Kearney but fall short of admissions requirements now will have a new option to enroll at Central Community College and also be a Loper.

The one-year pathway leads to a student having the option to fully enroll at UNK to begin their second year after successful program completion.

“Part of the strong partnership between UNK and CCC involves our institutions looking at ways to improve service to students and the region by increasing access to higher education and creatively removing barriers to enrollment,” said Kristensen. “The goal of this program is to let students prove their ability and confidence in being successful in college, and ultimately strengthening Nebraska’s workforce.”

“UNK is an outstanding institution that has worked closely with CCC transfer students and faculty for decades,” said Gotschall. “This program is just another example of the progressive and collaborative nature of UNK and CCC in providing additional opportunities for student and community success in Central Nebraska.”

The pathway program is for first-time freshmen students under age 21 who apply to UNK but don’t meet university requirements for admission. Denial could be for a number of reasons, primarily related to academic preparation and performance, reflected in their GPA and/or ACT scores.

Performance requirements for assured admission to UNK are based on core course requirements, class rank and ACT or SAT scores.

As many as 150 students each year who are denied assured admission to UNK could take advantage of the new pathway program.

Program participants will co-enroll at CCC and UNK and must maintain full-time academic standing. They must take a UNK class each semester – Learning Skills 103 in the fall and a General Studies 188 Portal in the spring. At CCC, they will enroll in three classes in transferable courses such as speech, English and math.

During the year, students can live in UNK residence halls while taking most of their classes at CCC. They can use UNK services such as the library, academic and career services and campus recreation facilities; attend UNK athletic events; and join UNK student organizations. They will be advised by professional staffs at both institutions.

Historically, students transferring from CCC to UNK are retained and successfully graduate. Since 2013, of the average 70 students each fall who transfer from CCC to UNK, 89 percent are retained to their second semester, and 75 percent continue on to the next year. CCC transfers graduate with an average 3.32 GPA. The number of CCC transfers to UNK is double the size of any other Nebraska Community College.

Pathway participants must complete their CCC coursework with at least a C for those credits to transfer to UNK and end the spring semester with a cumulative CCC GPA of 2.0. UNK course credit will also be eligible for “reverse-transfer” to CCC. This means a student who completes enough credits for an associate degree while at UNK will be awarded that degree by CCC. UNK will be the awarding institution for financial aid purposes.

The program will begin this fall, with enrollment underway.

The following employees are retiring from Central Community at the end of the day on March 1: 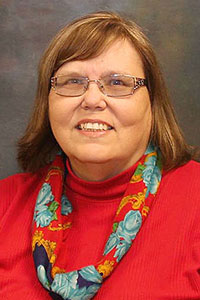 Marti Honke of Columbus started working as a part-time administrative assistant in the extended learning services office at the Columbus Campus in May 1989 and was promoted to full-time status on March 1, 1991.

Prior to joining the CCC staff, she was a stay-at-home mom who did a lot of volunteering at St. Isidore’s and Scotus Catholic Schools where her children were students. She also did some part-time work as an aide in one of the public elementary schools.

Honke graduated from North Loup-Scotia High School in 1968 as part of the first class to use the “new gym.” She went on to earn a bachelor’s degree in education from the University of Nebraska-Lincoln.

She is a member of St. Isidore’s Catholic Church and is a 9 1/2-gallon blood donor for the American Red Cross. She was an active member of Jaycees in the past, and also devoted a lot of time to on-campus efforts. At CCC-Columbus, she was a building captain on the campus safety committee and was support staff leader for three years. She also served on the Christmas committee for four years.

She and her husband, Mike, have three children: Heather Schroder and Beth Babel, both of Columbus, and Matthew Honke of Roca. They also have four grandchildren and two great-grandchildren. 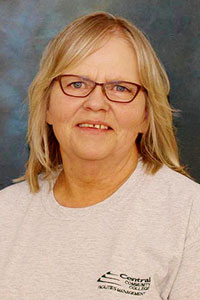 Deb Pedersen of St. Paul is retiring from Central Community College-Grand Island as a custodial supervisor.

She joined the CCC staff in 1995 as a custodian and was promoted to her current position in 2005. She previously stayed at home to raise her children and then worked at McCain Foods USA for 13 years, first as a line worker and later as a custodian.

Pederson is a graduate of St. Paul High School and is a member of the Prairie Pioneers Quilt Guild in Grand Island and Christ Lutheran Church in St. Paul.

She and her husband, Red, have four daughters: Molly Pedersen and Kirsten Sickler, both of Grand Island, and Alisa Pedersen and Liz Pedersen, both of St. Paul. They also have two grandsons.

All classes are open to individuals 16 years or older who have officially withdrawn from secondary school. Classes are free, but a fee is charged for each of the four GED tests.

Detailed information, including links to the ESL and GED pages, is available at www.cccneb.edu/ae.

The panel focused on how colleges and universities can play a leading role in fostering resilience to climate change both on their campuses and in their communities. Panelists discussed how their schools are taking steps to convene stakeholders, address community needs and increase momentum toward climate resilience.

After serving in the U.S. Army, he attended Fairbury Junior College and finished at Kearney State College in 1971.

He was an automotive instructor at the Columbus Campus for nine years and was later elected to the Board of Governors. After leaving the college, he operated Rice Automotive until it closed in 2001.

Survivors include his wife; a daughter, Lynette Hutfless of Omaha; a son, Douglas Rice of Lincoln; a brother, Clyde Rice of Omaha; and three sisters, Gladys Cary of Blue Springs, Rita Hodges of Missouri and Ruth Rice of Powell.

He was preceded in death by his parents and a brother.

Condolences may be left at www.gasshaney.com. Memorials may be given to the donor’s choice.

Travis Karr, veterans and military services director, has been selected to serve as a member of the 2019 Military Friendly Schools Advisory Council.

The council is comprised of stakeholders in veteran service, military education and other organizations and institutions striving to be better for veterans and the military community.

Rachel Brehm is the new administrative assistant for the extended learning services department.

Roger D. Gipson, 71, of Billings, Mont., died Feb. 2 in Billings. A celebration of his life was held Feb. 8 at Lillis Chapel in Billings.

He married Cindy Miller on June 1, 1969. They lived in Hastings until 1977, where he taught at the Hastings Campus. He then taught science at Northeast Community College for 34 years.

Survivors include two sons, Keith Gipson of Portland, Ore., and Neil Gipson of Arlington, Va.; his mother, Ruth Ewen of Billings; his father, Merl Gipson of Greybull; a sister, Mary Lynn Anderson of Billings;  a grandson; and his longtime companion, Constance Colby of Cary, N.C.

He was preceded in death by wife.

Memorials may be given to the Roger and Cindy Gipson Memorial Scholarship at norfolkpublicschools.org/foundation.

Anna Payne-Polson has joined the staff as a Project HELP success coach.