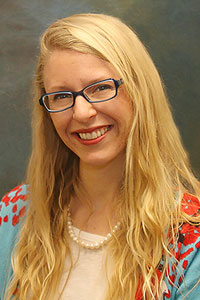 She received the award at the AACC annual convention, which was held April 30 through May 3 in New York City.

The recognition, which is named in honor of former AACC President and CEO Dale P. Parnell, was established to recognize individuals making a difference in the classroom.

Gillespie is a first-generation student from rural Maine and was recruited into the Federal TRiO programs when she was 11 years old. This program put her on a path to not only college, but to her doctorate, which she’d always dreamed of attaining, even as a young child.

She graduated from the University of Massachusetts-Amherst with a bachelor’s degree in animal behavior and neuroendocrine mechanisms. She attended the university on a division I field hockey scholarship and became a nationally ranked scorer.

She worked as an avian field research assistant for Texas Tech University and the Cary Institute of Ecosystem studies and pursued her doctorate in biology at the University of Southern Mississippi. As a graduate student, she mentored and trained 17 undergraduate students in research and secured $15,000 in funding from the Department of Defense, North American Bluebird Society, and National Science Foundation (NSF).

Before coming to CCC, Gillespie was awarded a NSF fellowship in Taipei, Taiwan, studying the impacts of herbicides on the hormones and behavior of hermaphroditic fish, and then taught biology as an adjunct professor at Central Maine Community College in Auburn.

College President Dr. Matt Gotschall said that in her five years at CCC, Gillespie has co-led a significant National Science Foundation grant for CCC and made connections with several other NSF projects, major research universities and industry partners. Students benefit from her expansion of applied research in her courses and extracurricular activities and her help in in applying for grants, writing papers and presenting at conferences.

She serves as a campus faculty senate vice president and chair of the Equity Action Committee’s sex and gender subcommittee and is working to create two LGBTG+ support groups.

“Dr. Gillespie is someone we are proud to have on our faculty, not only for the expertise she shares with her students and CCC, but also for how it is regularly sought out, locally, regionally and nationally,” Gotschall said. “As a first-generation college student herself, she is a positive mentor and role model for so many students at our community college. She also is an accomplished female scientist in a traditionally male-dominated field.” 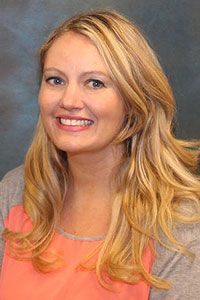 “She has helped me throughout my years here at CCC and is such a great instructor,” a student nominator said. “She always had smart ways to get us prepared for a test. She is an understanding and polite teacher that helps the class when we are learning a difficult topic.”

“She has spent years in the ranks of faculty and faculty leadership,” said a colleague who also noted her approachability, honest outlook and sincere demeanor.

“She is held in high regard amongst her fellow social science peers and is often sought out for her knowledge and history within the college system,” another nominator said.

She is secretary of the Faculty Senate, has served as Phi Theta Kappa Honor’s Society adviser and has been involved with a wide variety of college committees.

She is a member of the American Psychological Association and the Society for the Teaching of Psychology. An article, “Stress and Coping Strategies Among Community College Students,” written by her and M.C. Keim was published in 2007 by the Community College Journal of Research and Practice.

Community activities include the American Heart Association-Go Red Planning Committee, Platte Valley Playhouse Board, American Foundation for Suicide Prevention-Out of the Darkness Walk chair and St. Bonaventure Church. She also is a fitness instructor at the Columbus YMCA.

She and her husband, Ross, have two sons.

Karen P. Pesek earned an associate’s degree from CCC-Columbus and then a public accounting degree from Wayne State College. 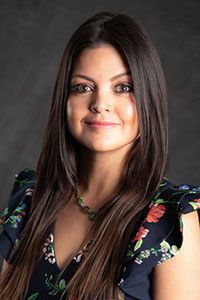 She is the director of finance and community liaison at Pesek Law LLC. Her main responsibility as director of finance is to ensure funds received for personal injury cases are correctly distributed to all interested parties on a timely basis. As community liaison, she serves as volunteer coordinator for the South Omaha Business Improvement District, which is where her offices are located. Since 2017, she has helped organize planting days every spring to beautify the streetscape and public spaces of her community.

Pesek and her husband, Ross, who is also a CCC graduate, established the True Potential Scholarship to help young immigrants reach their True Potential through quality, affordable education. Since its establishment, the scholarship has helped more than 100 immigrant students attend classes at several community colleges in Nebraska and Iowa.

The couple has three children.

Dr. Cody M. Gulbrandson of St. Edward is owner of and veterinarian at Beaver Creek Veterinarian Services in Albion. 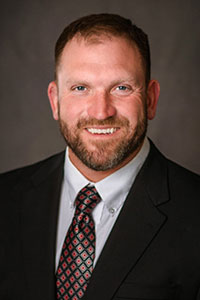 Gulbrandson grew up in a rural setting south of Central City. He graduated from Central City Public School in 2000 and started his college career at CCC-Grand Island in 2002 with the intent of getting a degree in veterinary medicine.

Upon completing his prerequisites, he was accepted into the Iowa State University College of Veterinary Medicine in 2005. He graduated from both Iowa State and CCC in 2009, then moved to Fullerton for his first professional position as a doctor in veterinary medicine.

He went on to accept a position at Town and Country Veterinary Clinic in Albion and became co-owner in 2012. In October 2021, he left the clinic to start Beaver Creek Veterinary Services in Albion.

Gulbrandson is president of the Boone County Agricultural Society and director at large for the Nebraska Veterinary Medicine Association.

He and his wife, Amanda, have three children.

Troy and Kelsey Hofmann are owners of After Hours Grafix and Urban Chic Boutique in Aurora. 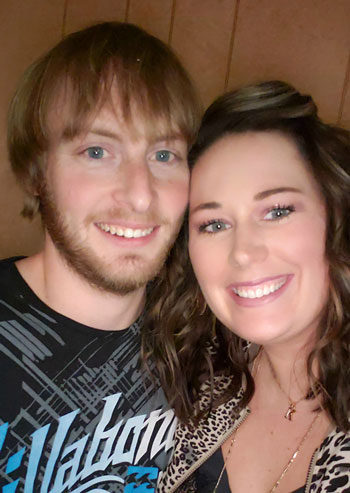 They attended CCC-Hastings at the same time and graduated in 2011 with associate of applied science degrees. Troy’s degrees are in machine tool technology and drafting and design technology and Kelsey’s degree is in business administration.

Troy started After Hours Grafix in 2009 as a side business while in college. He stayed with it after graduation even though he also had a full-time drafting job.

In 2014, Troy decided to quit his drafting job and go full-time with After Hours Grafix.

The couple opened their first storefront in 2015 in downtown Aurora. In 2019, they moved into a new 7,000-square-foot shop near the I-80 and Highway 14 interchange.

After COVID restrictions shut down hair salons, Kelsey decided to close hers and start Urban Chic Boutique. It opened in February 2021 as a size-inclusive, online-only women’s clothing boutique, but when local demand skyrocketed, she converted her salon space for once-a-week, in-store shopping. After a year, crowded space led her to move in with a local shop on the downtown square. She continues to also sell products online.

Troy’s work can be seen on the vehicles of local business owners as well as on the CCC truck driving program’s semitrucks. His graphics and custom wraps for the three main Nebraska ambulance and emergency equipment dealers and just acquired two charter bus dealers.

Kelsey became an Aurora Chamber of Commerce Board Member this year.

The couple is expecting their first child later this year.

Three instructors are retiring from their full-time positions at Central Community College. They are:

Rebecca Bartlett of Kearney was an English instructor at the Kearney Center. 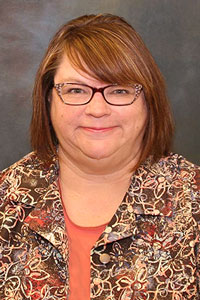 She started as a part-time instructor at the Kearney Center during the 2010-11 academic year and added the Lexington Center to her duties the following year. In 2013, she was promoted to a full-time position at the Grand Island Campus and worked there for three years before transferring back to the Kearney Center.

She previously worked with middle school and early elementary students as a reading instructor and a Title 1 and Reading Recovery instructor in Stephens Point, Wis. She also served as a substitute teacher and a tutor.

She and her husband, Paul, have two sons. They plan to move to Lincoln.

Bruce Bartos of Hastings was an advanced manufacturing design technology instructor at the Hastings Campus. 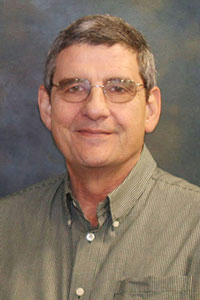 Prior to joining the CCC staff in 2008, he worked at Fu-Tek Machine and Tooling in Alda and Dramco Tool Company Inc. in Grand Island. He and three other men then formed a new startup business, Drake Tool and Design Inc. in Hastings. He has since sold his shares, but he said the company is still going strong.

He also worked in construction and farmed for several years.

He is a graduate of Verdigre High School and CCC-Hastings with an associate’s degree in AMDT. He also has national Manufacturing Skill Standards Council (MSSC) certification.

Bartos received the Hastings Campus Outstanding Service Award in 2020. He has served on the campus scholarship committee and was involved in establishing the career pathway programs. His community involvement includes membership in the Knights of Columbus.

He and his wife, Theresa, have two sons and six grandchildren with another one due in October. They plan to move to their hometown of Verdigre in July.

She worked at CCC’s Hastings Campus for three years before transferring to the Grand Island Campus in 2011.

Prior to joining the CCC staff, she worked for Grand Island Public Schools in early intervention for children from birth through age 3. She also taught preschool in an inclusive classroom where five of the 15 students had disabilities.

Her previous work experience also includes serving at the University of Nebraska-Kearney as director of student teaching, a senior lecturer and a program advisor; teaching elementary school for three years; and being a stay-at-home mom for 10 years.

She represents CCC on the Hall County Community Collaborative (H3) and serves on the H3 early childhood subcommittee. She also is a member of the Association for Child Abuse Prevention.

She has worked with the Buffett Foundation on articulation issues and coursework with other representatives from two-year and four-year educational institutions and was in the inaugural Nebraska Early Childhood Policy Leadership Academy, which is part of First Five Nebraska, an organization that works to advance early childhood care and learning opportunities through the state legislature.

In 2021, Beck received a League Excellence Award from The League for Innovation in the Community College for her work on the national early childhood initiatives and state early childhood grants and organizations.

She and her husband, Dave, have five children and 16 grandchildren.

Susan Klusman has been promoted from nursing admissions technician to Academic Success Center coordinator at the Hastings Campus.

Ricardo Ramirez has joined the staff as a financial aid technician.

Resigning from their positions are Shannon Peterson, director of disability services, and Jerry Wallace, campus president.

Dale Davis, 52, of Hastings died May 6 at Mary Lanning Healthcare in Hastings. Services were May 14 at the Masonic Center in Hastings. 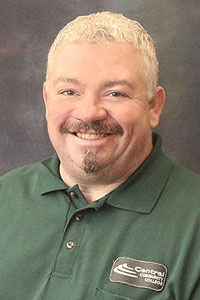 He worked for NTV Network for a number of years as a director and commercial producer.

He eventually joined Hastings Public Schools as a building custodian and spent 11 years at Lincoln Elementary School. He had been employed as the custodial supervisor at CCC-Hastings since 2016.

Survivors include his wife, two children, father and brother. He was preceded in death by his mother.

DeWitt Funeral Home and Cremation Service in Hastings is in charge of arrangements. Condolences may be left at www.dewittfuneral.com.