Kathryn Ballobin
Employee of the Year

The Employee of the Year Award is presented annually to a Columbus Campus employee who demonstrates dedication, enthusiasm and innovation as well as a rapport with students and other staff members and a willingness to go the extra mile. 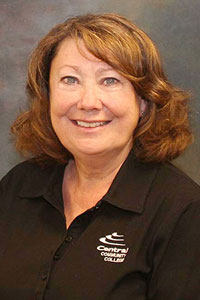 Kathryn Ballobin of Columbus joined the Columbus Campus staff in 1984 as a community education coordinator.

Her previous work experience includes employment as a high school business teacher in Belleville, Ill.; a GED teacher at Spoon River Community College in Macomb, Ill.; and in the training department at Western Electric in Omaha.

At CCC, she is budget officer for the National Science Foundation/GPS Grant and previously served as co-chair of the General Education Committee, chair of the Area Diversity Committee and chair of the College Strategic Goal for Retention. She was involved with the National Endowment of Humanities Grant focusing on Nebraska Plains Native Americans in 2010 and 2012; North Central Association College Accreditation Leadership Team; and various professional state association boards. She also has been active in the Platte Valley Literacy Association and the Columbus Public Library Board, including serving as president in 2018-19.

She and her husband, Bill, have a daughter, Kristin Towle, who is stationed with her husband, Jim, in Honolulu, Hawaii. They also have a grandson.

The Faculty Member of the Year Award is given annually to a Columbus Campus faculty member who displays excellence and innovation in teaching; rapport with students; and institutional, professional and community involvement. 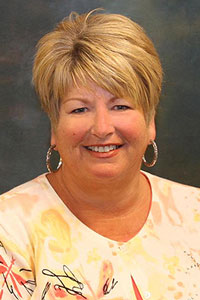 Lisa Brestel of Columbus began work at CCC as an adjunct early childhood education instructor in about 2011 and was promoted to a full-time position in 2013.

She has widened her students’ diversity horizons with field trips that required students to complete lesson plans and then teach those plans at schools in Omaha and on the Nebraska Winnebago Indian Reservation. In the last two years she was part of the team supervising two early childhood education students completing their program while living and teaching in Dubai.

Brestel is a graduate of Monroe High School and earned an associate of applied science degree in commercial art from CCC. She went to work in the art department at NPPD and later transferred to the safety training department. As a trainer, she taught lineman about respirator use. Unfortunately, the position required a lot of traveling, and although her husband valiantly worked to carry the load, it was something that began to take a toll on her family.

She decided to get a bachelor’s degree in elementary education. It was a decision that had her driving three days a week to the University of Nebraska at Kearney with her two small children in tow.

She had every intention of working with school-age children, but Peace Lutheran Church in Columbus convinced her to help them start the First Step Infant and Toddler Center. During her 14 years as its director, she discovered she had a deep passion for understanding how infants and toddlers develop. It was a natural step to start teaching a couple of classes at CCC-Columbus.

Brestel is a graduate of Wayne State College with a master’s degree in early childhood education. She also is a member of the First Step board, Peace Lutheran Church, Columbus Collaborative Team for Early Childhood Education and the Nebraska T.E.A.C.H. Advisory Committee.

She and her husband, Craig, have two children: Kyle Brestel of Columbus and Erin Svoboda of Lincoln. They also have two grandchildren.

Rosie Heinisch of Columbus has retired from Central Community College.

She joined the CCC staff in 2007 as the TRIO coordinator at the Columbus Campus and became the college-wide director in 2009. 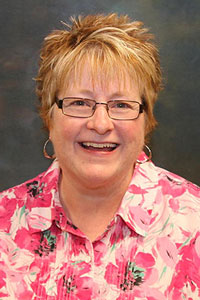 She was one of three women who founded the Center for Sexual Assault and Domestic Violence Survivors in Columbus in 1990 and served as the agency’s children and adolescent services director. Earlier in her career, she provided mental health therapeutic services for Lutheran Family Services and Catholic Social Services and was a social services caseworker for Lancaster and Platte counties.

Heinisch is a long-time member of the National Association of Social Workers. She has served on the National Teen Dating Violence Advisory Committee and the Nebraska Domestic/Sexual Assault Coalition’s Board of Directors. She received the School Bell Award from Columbus Public Schools for service to children and adolescents and was selected to participate in the Sherwood Foundation’s Catalyst Juvenile Justice Group, which included a week’s study in Florence, Italy. She has served on numerous community, church and college committees.

“I was delighted to work with like-minded team members who truly care about the students and coaching them to achieve success,” she said of her time at CCC. “This value is seen widely at CCC through my colleagues in student success and student enrollment and with our faculty. This experience has been a great second chapter of my professional life.”

She and her husband, Steve, have a son, Benjamin Heinisch, and two grandchildren.

The following individuals have completed 25 years of service at Central Community College: 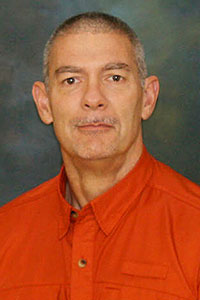 Before coming to CCC, he worked for three years as a field technician for Eakes Office Solutions and before Eakes, he was on active duty with the U.S. Army for 12 years.

Since 1992, he has served with the Army Reserve and will retire as a first sergeant after 41 years of service next May.

He also is a certified army instructor, and for 10 years taught truck driving, military wheel transportation, and job and survival skills.

He is a graduate of York High School. While he was stationed in Frankfurt, Germany, he completed an associate’s degree in computer programming through the University of Maryland’s European Division. He earned a bachelor’s degree in management of technical services from Bellevue University and has almost finished his master’s degree in information technology from Grantham University in Lenexa, Kan.

Horner is a member of the American Legion and VFW and provides a lot of POW/MIA support. He also rides with the Patriot Guard.

He is married to Hylee Horner and has two daughters: Tanya Leazer of Bradshaw and Ashley Horner of Gresham. He also has seven grandchildren.

Mary Young of Columbus joined the Columbus Campus staff on Aug. 15, 1995, as a volleyball coach. She also ran intramurals and taught college survival, the latter of which eventually led her to accept a position as admissions and recruiting director. She served in that role from 1998 until 2010 when she became a physical education instructor. She coached volleyball until 2019 when she was promoted to her current position as athletic director. 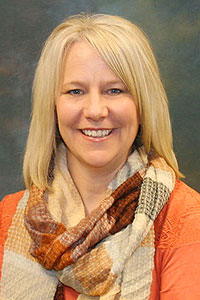 During her 24 years as CCC volleyball coach, she led the Raiders to 17 Nebraska Community College Athletic Conference (NCCAC) championships while compiling a record of 720-362. She coached 91 All-Conference players, 82 All-Region performers and 25 All-Americans. Additionally, 71 of the athletes she coached earned NJCAA academic awards since 1997.

Her involvement continued off the court. She was assistant region director of the NJCAA Region IX for 10 years and region director for the past five years. She has also served two years on the NJCAA Board of Regents as a voting member. Previously, she served as the NCJAA Coaches Association president and the two-year college representative on the American Volleyball Coaches Association, an affiliation she is proud of because of the organization’s commitment to the professional development of coaches.

Young is active in the Columbus Sertoma Club and St. Bonaventure Church where she has been an EMHC (extraordinary minister of the Holy Communion), a God Parent facilitator and is a past member of the school board.

She and her husband, Joel, have two children who both attend Scotus Central Catholic: Kaden is a senior and Gabbi is a sophomore.

The 38th annual Ram Run and Walk will be Sept. 12 at Central Community College-Hastings. The event is open to the public and will feature a 5K and one-mile course participants can either run or walk.

Registration and packet pick up will be from 6:45 to 7:45 a.m. in the Hall Student Union with the races beginning at 8 a.m. and 8:05 a.m., respectively. An awards ceremony will follow at about 9:15 a.m. Please bring a food or hygiene item for the CCC Central Closet.

Registration is open through Sept. 11. The fee is $25 for adults 11 years and older and $15 for youth 10 years and younger. Any current Central Community College student can register for $15.

New this year because of COVID-19, individuals have the chance to run virtually Sept. 12-18 with a registration deadline of Sept. 11. Virtual participants will be excluded from the cash prizes and medals but will still receive a long-sleeved T-shirt.

The race brochure and online registration are available at www.cccneb.edu/ramrun.

Since 1987 when she joined the staff, 6,400 adults have passed the GED tests and an average of 1,700 students per year have improved their literacy skills.

As director, she also helped set up the Pearson Vue testing centers in Grand Island, Kearney and Lexington and mobile GED testing at the Hall County Detention Center and was among individuals from CCC and the Nebraska departments of education and labor who worked to implement English as a Second Language, literacy, computer skills and GED classes for Cargill Value Added Meats employees during a layoff in 2015-16.

She has been a member of the Coalition on Adult Basic Education for nearly 30 years. She was a member of the Hall County Leadership Tomorrow Class of 1995, Grow Grand Island Cultural Engagement and Understanding Committee and the Adult and Continuing Education Association of Nebraska. She is a graduate of the League of Innovation Chair Academy and a Certified Manager in Program Improvement through the Leadership Excellence Academies.

Shari Mueggenberg has joined the staff as a nursing instructor.

David Quinn has resigned as a construction technology instructor.