The award is presented annually to a Hastings Campus employee who demonstrates exemplary service to the college. 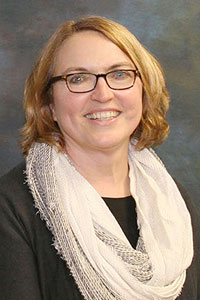 Nominators describe O’Brien, a hospitality management and culinary arts instructor, as an entrepreneur, visionary and quiet giant in her field. They noted her positive and constructive interactions with coworkers, her ability to handle multiple duties smoothly and efficiently and her willingness to try new things.

“She never passes up an opportunity for students to have an extra learning experience outside of the traditional classroom, no matter how much time and effort it takes to coordinate,” said one nominator.

One example is having her students select, plan and execute a project for the community. “The students learn firsthand about personal accountability, the value of teamwork and the importance of communication and attention to detail,” another nominator said.

O’Brien joined the CCC staff in 2014, bringing with her experience as assistant and general manager at Wingate Inn and American Hotel and Suites in Kearney and at Midtown Holiday Inn and Best Western Riverside Inn in Grand Island.

Just prior to coming to CCC, she was education director of the Great Platte River Road Archway in Kearney. While there, she decided to start a Native American educational program, which led her to become involved in a corn revival project with the Pawnee Nation.

The project has its roots in the 1870s when the Pawnee were forcibly moved from Nebraska to a reservation in Oklahoma. They brought the corn they used in their diet, rituals and ceremonies, but the crops didn’t thrive in Oklahoma. By 2003, when O’Brien contacted them, the Pawnee only had 50 kernels of their most prized variety left. Although it was a difficult decision to share their corn with an outsider, the tribal leaders gave the seeds to O’Brien to plant in Nebraska. The crops thrived in their native soil and climate so, thanks to O’Brien and the other Nebraska gardeners involved in this project, the Pawnee now have a sizable store of seeds.

She continues to plant the corn on the Hastings Campus. Because of funding secured by her Pawnee Nation contact and friend, Deb Echo-Hawk, she sometimes has paid interns to help monitor and record the crop production. She also has hosted events on campus with the Pawnee Nation to increase awareness of Native American culture. Last year, the tribe gave her a Pawnee name, Irahci-Kiripue-Rikisu (Sister Little Corn). This is a high honor that has never been given to a female outside the tribe.

O’Brien is a member of the Kool Aid Board and Daughters of the American Revolution and is involved with the Lincoln Highway Association. She is active in her church where she is director of religious education and leads classes for new members.

She holds a bachelor’s degree in business from the University of Nebraska-Kearney and is working toward a master’s degree in religious communication.

She and her husband, Pat, have a son, Shea and two daughters, Erin and Mary Catherine.

The creative work of six students at Central Community College-Hastings will be on display in the media arts program’s 18th annual Student Photography and Art Show.

This year’s theme is “Vision’s Edge.” The show is presented by the exhibit preparation class. It gives them an opportunity to learn how to mat and frame their artwork, promote a show and host a reception.

The opening reception will be held from 2 to 4 p.m. on March 1 in the new graphic arts lab in the Platte Building. The students’ work will be on display in the same location from 8 a.m. to 5 p.m. Mondays through Fridays through April 3.

The reception and show are open to the public free of charge.

Students who will be displaying their work are Joseph Ackerman of Clay Center, Mario Aguayo of Lexington, Nicholas Devore of Wood River, Matilyn Kershner of Hastings, Yessenia Serrano of Minden and Allison Smiley of Kearney.

Cindy Hahn of Grand Island had served as disability director at the Hastings Campus since 2010. 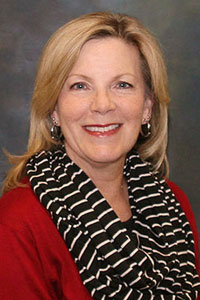 She previously worked at Grand Island Public Schools from 1992 to 2010 where she ran the Central Nebraska Support Services Program in GIPS and area schools, helping disabled students who were transitioning out of school as well as their parents.

Her work experience also includes serving as a vocational educator and case load manager for Nebraska Vocational Rehabilitation in Grand Island and Hastings, program manager at a residential facility for adults with developmental disabilities, and a teacher at the Youth Development Center in Kearney.

After graduating from Axtell High School, she attended the University of Nebraska-Kearney where she earned a bachelor’s degree in education. She also has taken many hours of graduate-level special education courses.

She is an active member of Peace Lutheran Church in Grand Island. She is now a former member of the Nebraska Transitions Advisory Committee and Western Iowa and Nebraska Association of Higher Education and Disabilities (WINAHEAD). She also served for three years as president of WINAHEAD. 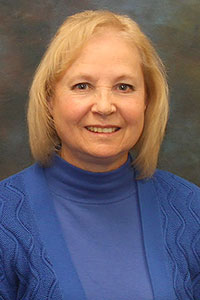 Her previous work experience includes employment as a clerk and typist, secretary, bookkeeper, fiscal coordinator and office manager at the Nebraska Human Resources Development Program in Grand Island and Lincoln and as a secretary and receptionist and then as an accountant for the Nebraska Department of Education in Lincoln; and as an accounting clerk and personnel secretary for the City of Columbus.

Keber graduated from Spalding Academy in 1971 and earned a secretarial diploma from the Grand Island School of Business in 1972.

She is an active member of St. Isidore’s Catholic Church. She volunteered for Birthright of Columbus for 13 years and was also active in the Big Sisters Program when she lived in Lincoln and in the Big Pals/Little Pals Program in Columbus for about five years.

Elizabeth Anson is the new instructional design consultant. She begins full-time work on June 6, but will start her role for training purposes in February.

Shelly Mendez has resigned as executive assistant to the vice president of innovation and instruction.

Grants Manager Jessica Rohan has accepted a new position as development director for the CCC Foundation.

Wendy Ramaekers has resigned as a nursing instructor.

Susan Klusman has joined the staff as the new nursing admissions technician.

Services were held Jan. 6 at St. Cecilia Catholic Church in Hastings with burial in Parkview Cemetery.

He was born March 10, 1929, in Burwell to Harry and Hannah (Boyle) Conrad. He graduated from Burwell High School in 1947 and served in the U.S. Navy during the Korean War. He married Sharon Cleveland on June 19, 1958, in Hastings.

He worked as a plumber for Hastings contractors before joining the Hastings Campus staff in 1967. He worked there until his retirement in 1991.

He was a member of St. Cecilia Catholic Church where he also served as an usher for many years. He also was a member of Hastings Catholic Activities Association, Knights of Columbus, Veterans of Foreign Wars, and past member of Elks Club.

He was preceded in death by his parents; a sister, Mary Petska; and a brother, Jack Conrad.

Livingston Butler Volland Funeral Home and Cremation Center was in charge of arrangements. Memorials may be given to St. Cecilia Church. Private condolences may be sent to the family at www.lbvfh.com.

Angela Elfgren has been promoted from part-time to full-time adult education coordinator.