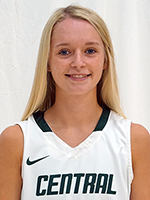 “I am honored to have received this award,” said Veik. “I would not have earned it without the help of my teammates and coaches. I am blessed to be part of such a supportive program.”

This is the first time since the 2016-17 season that CCC women’s basketball has had one of its players named as NJCAA Division II Basketball Player of the Week.

“I am so proud of Brittney for receiving national recognition for her efforts,” said CCC head coach Billy Perkins. “She has such great talent and the best part is that Brittney is still developing and learning. The best is yet to come.”

The Raiders are 3-4 on the season and will take part in the WNCC Classic at Western Nebraska Community College on Thursday, Friday and Saturday. CCC will take on Northwest (Wyo.) College in Thursday’s opening round at 6:30 p.m. CST.