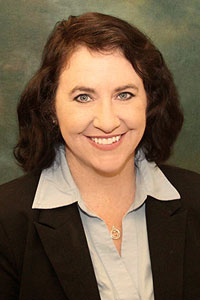 Walton has served as associate vice president of the virtual campus and business division since 2016.

“I’m honored to serve as Central Community College’s next chief academic officer,” said Walton. “I look forward to leading the academic growth of CCC and working with President Gotschall, our faculty and administrative colleagues to create the finest educational experience for our students and our community members in central Nebraska.”

Prior to CCC, Walton worked with adult and veteran students as the assistant dean in the College of Arts and Sciences at Bellevue University in Bellevue. This followed work as the chief academic officer at the University of Phoenix’s Nebraska campus, where she oversaw diversity efforts as well as ethics and compliance.

“Dr. Walton will bring many innovative experiences along with personal integrity, work ethic and leadership skills to help lead the efforts of CCC in instruction, institutional research, grants and faculty resources,” said CCC President Dr. Matt Gotschall. “I am very pleased she is willing and able to assume this important position and join the executive leadership team.”

Walton was a broadcast media assistant professor at Kansas State University’s A.Q. Miller School of Journalism and Mass Communications and manager of KSU’s student radio station from 1998 to 2005. She was a contemporary media and journalism assistant professor at the University of South Dakota and adviser of the university’s student radio station from 2006 to 2011. She is a past member of College Broadcasters Incorporated, the Broadcasting Education Association and National Association of Broadcasters.

Walton earned a bachelor’s degree in broadcast journalism and criminal justice from the University of Nebraska-Kearney and a master’s degree in mass communications and a doctorate in counseling and student development from Kansas State University.

She is a recent graduate of Leadership Tomorrow and is involved with the Human Trafficking Awareness and Prevention Project. Walton also volunteers her time with the BPOE Elks State Scholarship Committee and at Engleman Elementary School.

Walton and her husband, Ryan, have two daughters.

Allen Stenzel of Monroe has been named the Faculty Member of the Year. 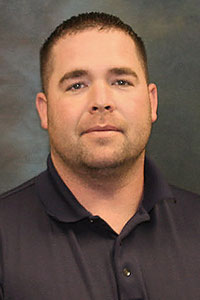 Stenzel is a mechatronics instructor and a CCC graduate, earning an associate of applied science degree in industrial technology in 2001.

As a CCC student, he participated in SkillsUSA and competed in mechatronics, winning in both the state and national competitions, which qualified him for the world team competition in Switzerland.

In 2005, he returned to the Columbus Campus as a full-time trainer on a grant project and became a full-time mechatronics instructor in 2008. He also serves as the state coordinator every year for the SkillsUSA state competition.

He recently returned from a Hannover Trade Fair in Germany sponsored by Festo, a multinational company headquartered in Germany and a founding sponsor of the WorldSkills Mechatronics Competitions. Stenzel toured the Festo headquarters, a cutting-edge factory and a local didactic school.

“He is the best teacher I have ever had,” a student nominator said. “He will drop whatever he is doing to help. He is knowledgeable in everything he teaches and gives real-life applications.”

Stenzel not only helps students, he also provides assistance to other faculty members, mentoring new instructors and making himself available to answer questions or help find solutions.

“He does an excellent job,” said a colleague. “The knowledge and skills he teaches his students are essential. He is always current with the rapid changes in his field and passes those changes on to his students.”

“He is a good motivator and role model and leader for students,” a student nominator said. “He doesn’t give you the answers, he makes you learn it the hard way – making us better students.”

Joan Wilkins, Employee of the Year

Joan Wilkins of Columbus has been named the Employee of the Year. 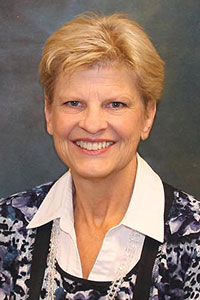 She began working at CCC-Columbus in 1999 as a switchboard operator. From there, she served as the admissions and athletics secretary and later as the assistant to the associate dean of students before assuming the role of administrative assistant over the Student Center in 2010.

Described as an “individual who is willing to help in any department with any event,” Wilkins has helped with the Columbus Days Parade, CCC Athletics Hall of Fame Banquet, and designed the invitations and brochures for the annual graduation appreciation luncheon as well as the outstanding student awards convocation.

Prior to CCC, she worked at Walmart for 13 years and prior to that, she and her husband, Alan, owned and operated a grocery store and bakery in Murray.

Originally from New Jersey, Wilkins moved with her parents to Nebraska and graduated from Millard High School. While working at CCC, she earned her associate’s degree in business administration.

Three Central Community College graduates received the Outstanding Alumni Award during the commencement ceremonies at each campus. The honorees were:

Denise Kracl of Schuyler attended CCC-Columbus from 1991 to 1993 before transferring to Wayne State College, where she earned her bachelor’s degree. Kracl returned to CCC in 1999 as a residence hall supervisor at the Hastings Campus. She worked as a state probation officer from 2001 to 2004. 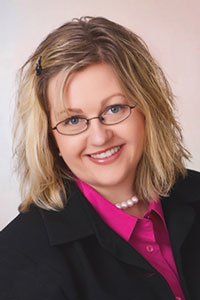 For the next three years, Kracl attended law school at the University of South Dakota. After receiving her juris doctorate, she entered private law practice in Columbus for one year before serving as deputy Colfax and Butler county attorney from 2008 to 2010. In 2010, she was appointed as the Colfax County attorney, the position she holds today.

She is an advocate for education. For Schuyler Community Schools, she secured funds for an afterschool program, started an intervention and truancy program, received a grant to provide a full-time truancy officer and helped create a program that replaces community service with employment training for first-time, nonviolent juvenile offenders. She is a member of the local Behavioral Health Coalition, which brings a licensed mental health practitioner to the high school and middle school. She is also an adjunct instructor at CCC-Columbus, teaching U.S. government.

In the community, Kracl is a member of the Schuyler Chamber of Commerce and was selected as its Member of the Year in 2016. She also serves on the Schuyler Economic Development Council and the Columbus Business Technology Advisory Committee. She has been the chair of the food and toy drive in Schuyler for eight years, led three mission trips to Alaska and served as a disaster committee member for the American Red Cross.

Kracl is the daughter of Twila Wallace who taught at CCC-Columbus from the day it opened in 1969 until her retirement in 2010. She also has a daughter, Kodie.

Danita Johnson-Beadle of Kearney is a 1977 graduate of CCC’s Kearney practical nursing program. She later earned a bachelor of fine arts degree in graphic design from the University of Nebraska-Kearney. 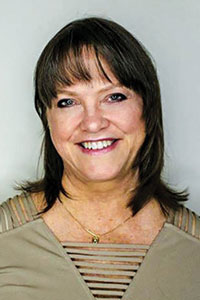 An instructor at CCC’s Kearney Center, her dedication has helped grow the certified nursing assistant program. In a pilot offering for the 2017-18 school year, high school students have the opportunity to earn dual credit in a prerequisite class for pursuing a career in health care.

In the community, she serves on the Master Trauma Foundation Board providing council to clients and their families for PTSD, addiction and traumatic events when court-mandated probation and counseling have ended. She also serves others by offering support, counsel and comfort to persons dealing with a cancer diagnosis. Johnson-Beadle has personal experience living through her own diagnosis and treatment of Stage IV ovarian cancer.

She and her husband, Kern, have been married since 1991. They have five children and have 10 grandchildren.

Rob Collett majored in media arts at CCC-Hastings and earned his associate’s degree in 2000. 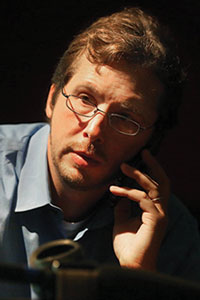 Entering the world of television broadcast news, Collett first worked for KHAS-TV in Hastings. He then had stints at KSNW-TV in Wichita, Kan., and KTUL-TV in Tulsa, Okla. before moving on to KARE-TV in Minneapolis, where he is currently employed. This past February, Collett covered Super Bowl LII in Minneapolis between the Philadelphia Eagles and the New England Patriots.

While in Tulsa, he followed the story of five-year-old Ryder Herring, who had brain cancer. For almost two years, he helped viewers experience what Ryder and his family faced and followed the struggle until Ryder died in 2013. Collett’s stories raised money for the family and awareness of the disease.

Throughout his career, Collett has earned 18 regional Emmy Awards, two national Edward R. Murrow Awards, and the 2016 National Press Photographers Association (NPPA) Ernie Crisp National Photographer of the Year. In November 2017, he was recognized as the CCC Alumni of the Year by the Nebraska Community College Association.

Collett volunteers with the NPPA by adjudicating competitions and critiquing student work. He meets with the photography and video classes at CCC whenever he returns to the area. He also gives back by sharing his work with CCC students, keeping in touch with the media arts program and providing input as the industry evolves.

Collett and his wife, Brianna, have a son, William. 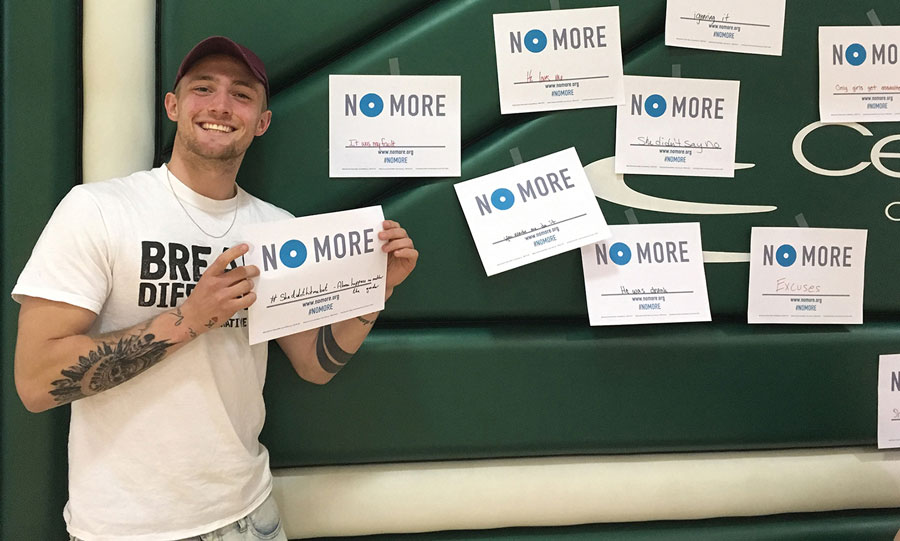 Marcus Horwood from Chesham, United Kingdom, was among the CCC-Columbus NSLS members who filled out NO More signs to raise awareness about sexual assault and domestic violence. NSLS frequently works with the Center for Survivors on both campus and community projects.

These students participated in the fourth NSLS induction ceremony April 23 in the Dawson Gym at Central Community College-Hastings.

The keynote speaker for the April 23 induction ceremony was Jerry Dunn, who was N-PACE student success coach and recruiter at the time and is now Extended Learning Services regional director at CCC-Grand Island.

Beverly Lahlum Taylor has joined the staff as associate dean of students.

Vicki Marsh has transferred as a custodian from the Grand Island Campus to the Hastings Campus.

Lauren Slaughter has been promoted from Project HELP to compliance and equity manager in the Administrative Office.

Jennifer Ann Hoagland, 66, died May 13 after a short battle with pancreatic cancer.

Services were May 17 at First St. Paul’s Lutheran Church in Hastings. A private family burial will be held at a later date.

She was born in Chicago and moved with her family to Lincoln. She attended the University of Nebraska where she met her husband, Chuck. After they married in 1973, they moved to Ayr where they raised their family.

She had a 22-year career in communications with KN Energy in Hastings. She joined the Central Community College staff in 1996 and served as an adjunct English instructor and finally as associate dean of the business division. She retired in September 2017.

She earned a bachelor’s degree in journalism and home economics from the University of Nebraska-Lincoln and a master’s degree in teaching from Hastings College.

She was a member of the Hastings Area Chamber of Commerce’s business, industry and education committee. She completed Leadership Grand Island and the Chair Academy’s organizational leadership development program.

She was preceded in death by her parents, John and Alice Scott.

Livingston Butler Volland Funeral Home and Cremation Center was in charge of arrangements. Memorials may be given to the Jennifer Ann Hoagland Memorial Fund for the benefit of CCC.