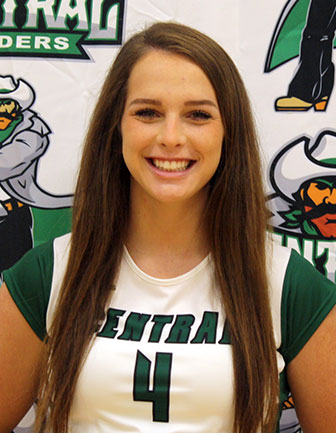 During the week of Oct. 4 – 10, Odbert averaged five digs per set and served nine aces. The Raiders went 3-1 during that stretch.

"Chloe has been the anchor to our defense the entire year and does so many things for our team that do not show up in the stat sheet,” said CCC head coach Mary Young. “Her work ethic and leadership are key ingredients to our team and this award is well deserved.”

Odbert is a graduate of Scotus Central Catholic High School. She is the daughter of Rich and Kati Odbert of Columbus.