Bruce Bartos of Hastings and Wanda Cloet of Sutton have received the 37th Annual Outstanding Service Award at Central Community College-Hastings in honor of their exemplary service to the college. 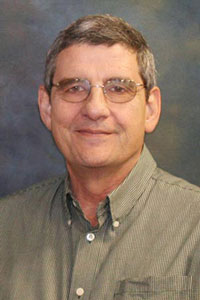 When Bruce Bartos was hired in 2008 as a machine tool instructor, he was challenged to rebuild a part-time program with only two students. In the years that have passed, he has used enthusiasm, energy, and drive to shape it into the preeminent program in the region.

Changes have included a new name, advanced manufacturing design technology (AMDT), reworked curriculum and increased support from area businesses and industry. The college also applied for and received a $2.2 million National Science Foundation grant to upgrade equipment and curriculum, add resources and hire people to aid in building the program.

Bartos’ contacts with local industry helped pave the way for a capital campaign. The $10.5 million built a 17,000 square-foot addition to the Hamilton Building. Nominators say Bartos is a staunch advocate for his students and his contributions to the AMDT program are evident to anyone who walks into the new lab. His energy and enthusiasm are infectious and an asset to the Hastings Campus and CCC. 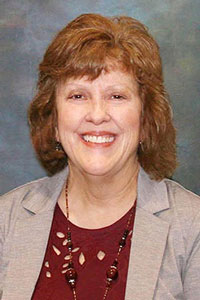 Nominators describe Wanda Cloet, director of the dental hygiene program, as a tireless leader who continually updates the program with new technology and science-based products and seeks grants and opportunities to improve the education of dental hygiene students.

They said she is a firm believer in lifelong learning who encourages adjunct faculty to continue their education and helps them with the research and projects required to obtain their degrees.

Most recently, she led her program through the COVID-19 shutdown, working with faculty and other national leaders to adapt the clinics and labs to meet CCC recommendations and government health mandates.

Cloet also oversees a service-learning program that benefits underserved populations in the CCC area by providing patients with access to care they otherwise wouldn’t have. Dental hygiene students screen more than 4,000 children in local elementary schools, Head Start programs and preschools, providing them with dental sealants, oral health screenings and dental health education. They also screen about 200 patients a year at Project Homeless days in Hastings and Grand Island.

She is a site visitor for the Commission on Dental Accreditation and is active on the local, state and national levels in a variety of dental hygiene organizations. 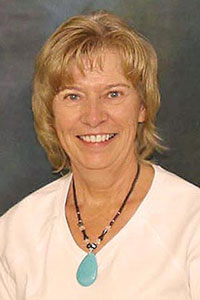 Kathy Boehler of Hastings started work at the Grand Island Campus in 1989 as a mathematics instructor.

She is a Harvard High School graduate who went on to earn a bachelor’s degree from Doane College and a master’s degree from the University of Nebraska-Kearney. Both degrees are in mathematics education.

During her tenure at CCC, Boehler served as president of the Nebraska Mathematical Association of Two-Year Colleges, president of Grand Island Faculty Senate, co-leader of the College Wide Mathematics Department, was a member of the Extended Learning Services committee and Faculty Negotiations committee as well as diaconate and Sunday school teacher for the First Congregational United Church of Christ in Hastings.

She was also the recipient of the Nebraska Mathematical Association of Two-Year Colleges Teacher of the Year award.

She has three children: Daniel of Tulsa, Okla.; Kevin of Omaha; and Kourtney of Jacksonville, Fla. Her husband, Ron, who was a longtime CCC instructor, died in April 2020. 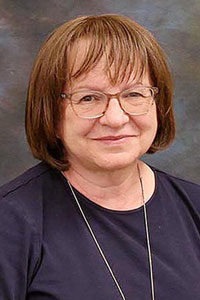 Maryann Bolton of Doniphan joined the Hastings Campus staff in 1982 as an accounting instructor.

Before accepting her position at CCC, she taught business education for a year at Eustis High School.

She is a graduate of Elba High School who went on to earn a bachelor’s degree in business administration and business education from the University of Nebraska-Kearney. She also has a master’s degree in teaching from Hastings College.

She and her husband, Tim, have two sons: Chris of Kenesaw and Eric of Moundridge, Kan. They also have two grandchildren. 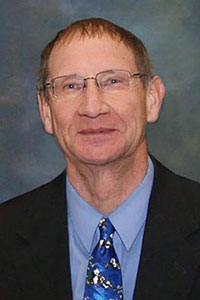 Steve Buss started working part-time at the Hastings Campus in 1995 on a grant as a Teaching Learning Center coordinator. He was promoted with the same title to a full-time position in 1998. He was serving as the Virtual Campus director when he retired.

He previously farmed and was a substitute history and social studies teacher. He also served for a year in the Peace Corps, working in agriculture in Honduras.

Buss is a graduate of Adams Central High School. He went on to earn a bachelor’s degree in history from Concordia University in Seward and a master’s degree in secondary education and social studies from Hastings College. He also completed a graduate certificate in community college leadership at the University of Nebraska-Lincoln.

He has been an Adams County Historical Society board member and officer for 30 years.

He and his wife, Vicki, have two sons: Jason of Central City and Austin of Hastings. They also have two grandchildren. 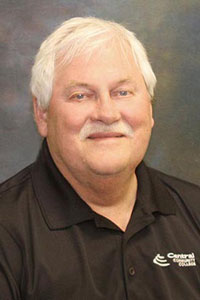 Clyde Childers of Grand Island had served as supervisor of the truck driving program at the Hastings Campus since 2015.

He previously drove trucks for five years for various companies but spent about half that time at FedEx.

But those truck-driving years came after a whole first career in education. He taught at schools in Genoa and Wahoo, served as principal of a school in northwestern Missouri and ended as a superintendent of Palmyra Public Schools.

After retiring from education and realizing he was a “failure at retirement,” he took a truck driving class at Southeast Community College similar to the one he eventually taught at CCC and then hit the road.

Because he and his family frequently moved, Childers said he’s been a member of about every civic organization that exists, including the Lions, the Eagles and chambers of commerce. He also was a member of the Nebraska School Administrators Association and for 35 years served in the National Guard.

He is especially proud of a foundation he helped start in Palmyra that provides scholarship funds for teachers who want to improve their skills.

He and his wife, Colleen, have five children: Scott, who lives in northern Kansas; Chuck, who lives in the Colorado mountains; Jenny of San Francisco, Calif.; Shelby Rodriguez of Lincoln; and Tommy, who is a junior at UNK. They also have five grandchildren and three great-grandchildren. 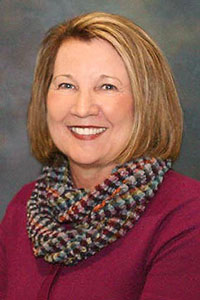 Sherri Portenier of Hastings began work at the Hastings Campus as a switchboard operator in 1973. She served as a registration technician, registration coordinator, and registration and assessment director before becoming assistant registrar.

She is a Cozad High School graduate who earned a diploma in secretarial science and an associate of arts degree from CCC.

While at CCC, Portenier was a member of the registration and academic standards committees. In the community, she serves as secretary of the American Legion Baseball program and has been an active board member for 30 years. She also is an involved member of St. Cecilia’s Catholic Church and a displayer at the Barn Festival, which is held south of Hastings.

She and her husband, Mike, have two sons: Jeff of Juniata and Adam of Nashville, Tenn. They also have three grandchildren and are anticipating the arrival of the fourth – a granddaughter – in January. 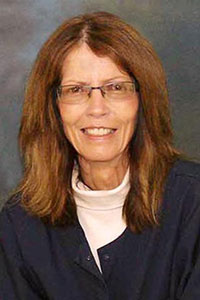 Peg Radke started working at the Grand Island Campus in the mid-1990s as a part-time nursing instructor. She was promoted to a full-time position in 2000.

Prior to joining the CCC staff, she was employed as a nurse at hospitals in Lincoln and Fremont before moving to Grand Island and working in the medical unit at St. Francis Medical Center.

She and her husband, Bob, live in Grand Island.

Providing hats, coats, gloves and scarves to people in need was the goal of a drive held by National Society of Leadership and Success students at Central Community College at the Grand Island Campus and Kearney Center.

The drive ran from late October through Nov. 16. Donated items were designated for Hope Harbor in Grand Island and CCC students. Hope Harbor provides shelter, meals and other services to homeless families while working to arrange permanent housing for them and teaching them to become self-sufficient.

“This has been an especially hard year for people,” NSLS sponsor Katie Holmes said. “It was our desire that this drive can help students and community members who can’t afford to purchase these items for themselves and their families.”

She singled out two student volunteers: Cierra Swearingen  at the Kearney Center who donated a large amount of items and Rebecca Hallmark at the Grand Island Campus who not only collected four to five bags of items but also raised money so she could buy additional items in a variety of sizes at a local thrift store.

CCC employees at both locations also donated items to the drive.

Because of the pandemic, a private family service was held Nov. 9 at St. John Lutheran Church in Seward.

She earned a bachelor’s degree in English from Concordia Teachers College and master’s degrees in school library and English and a doctorate in English education from the University of Nebraska-Lincoln.

She was a communications instructor at CCC from 1989 until her retirement in 1996. She also had taught at Hastings College and English at Concordia College.

She was a member of the Academic Freedom Coalition of Nebraska, Seward League of Women Voters and Seward County Democrats; co-founder of the Nebraska Writing and Storytelling Festival; and author of the book, “Reading and Writing Nebraska,” and articles and poetry for multiple publications.

Survivors include her husband; a daughter, Holly Lutz of Wausau, Wis.; four sons, Jamie of Edgewater, Colo., Jeff of Omaha, Jonathan of Boise, Idaho, and Jim of Seward; and 10 grandchildren. She was preceded in death by her parents; a brother, Edwin Lawrence; and a sister, Hilda Wolf.

Condolences may be left at www.zabkafuneralhome.com.

Jeremy Broxterman has joined the staff as system administrator in the information technology services division.

Eric Lopez is the new coordinator of the TRIO/SSS program.

Debra Russell and Jennifer Swoboda have joined the staff as registration and assessment technicians.

Shawn Patsios is the new veteran and military services coordinator.