Young Returns to Coaching Bench for 2021 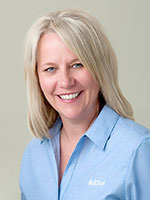 Central Community College has announced that athletic director Mary Young will serve as interim head coach of the volleyball team for the 2021 season. The move comes after Abby Pollart, who led the squad for two years, stepped down to become head volleyball coach at North Dakota-based University of Mary.

“First and foremost, we thank Coach Pollart for the work she’s done at Central Community College over the past two seasons and wish her the very best as she assumes her new role at the University of Mary,” said Young. “It’s a truly a great opportunity for her in her coaching career and again, we wish her the very best.”

“While coaching volleyball is not new water for me, it is a bit of change and I look forward to working with our volleyball athletes and pushing them to the challenge for a region championship,” said Young.

A nationwide search for the next CCC head volleyball coach will begin this fall.

The Raiders will begin the 2021 season by hosting the Central Kickoff Classic at the Raider Fieldhouse on Aug. 20 and 21.