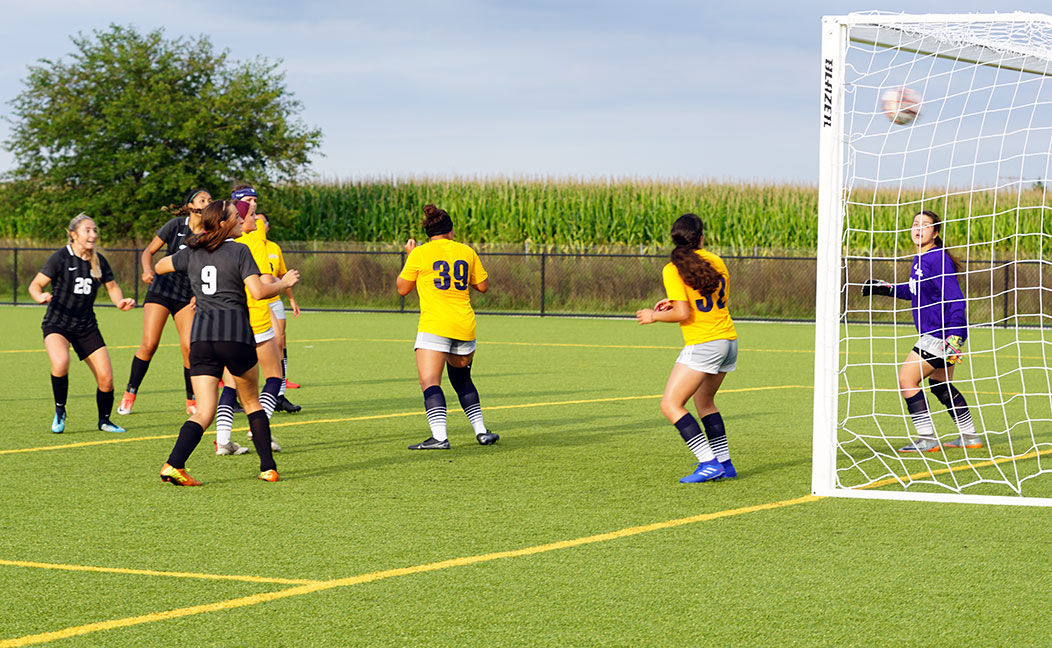 The Central Community College women’s soccer team won its inaugural game in program history with a 2-0 victory over College of Saint Mary JV.

The game was scoreless until the 35th minute when CCC’s Madison Hurst found the back of the net off a Kaylee Grieser assist to make the score 1-0. Neither the Raiders nor the Flames were able to score for the remainder of the first half.

With under six minutes to play, CCC made it a 2-0 contest as the same two players combined for the goal in reverse. On a corner kick, Hurst delivered the ball to Grieser who was waiting with a scoring head shot. The Raiders were able to run out the clock to get the 2-0 victory.

“What a great way for the girls to come out in front of a big crowd and get that first W,” said CCC head coach Jamie Bennett. “It was great to perform the way we did.”

CCC will be back at home on Saturday for a 12 noon contest against Garden City Community College.