Central Community College has received nearly $28,000 to cover the costs of last year’s designing and planting of pollinator gardens on the Columbus and Grand Island campuses.

The Greener Towns and Community as Habitat program provided $18,500 in funding for the Grand Island Campus while the Columbus Campus received $9,300. The two projects were among 50 in Nebraska to receive funding, which is aimed at improving green infrastructure for pollinator habitat; managing storm water; or accomplishing other economic, environmental, aesthetic and social goals.

The 6,000-square-foot pollinator garden at CCC-Grand Island was designed by Big Muddy Workshop and installed in October 2017 by Tilley’s Landscaping. The garden builds upon CCC’s beekeeping program and diverse plants were selected to survive the wind, cold, and drought to provide food and shelter resources for pollinators in three seasons. The plantings include native Nebraska deciduous shrubs, perennials and groundcovers, grasses and sedges.

“CCC-Grand Island had a diverse green team composed of administrators, staff, faculty, and students from many different departments having a common goal, which made the project successful,” said Ben Newton, CCC director of environmental sustainability. “After completion of the project, we realized much more education is needed on the importance of pollinators and their habitat. Pollinator insects contribute to one-third of the food we eat and include bees, moths, butterflies and beetles. The new garden also offers a space to engage in outdoor learning with a diversity of pollinators and plants.”

CCC-Grand Island will host a pollinator festival on Saturday, Oct. 13. Details will be announced at a later date.

The pollinator garden at CCC-Columbus is 7,200-square-feet and contains some 1,500 plants, grasses and shrubs specifically chosen because they attract pollinating insects. The garden was planted in April 2017 by CCC employees and Platte County Extension Office master gardeners.

“We plan to utilize the garden as a learning lab for community education, science and ag education, along with other partnerships,” said Kim Garretson, CCC-Columbus facilities management director, who oversees the pollinator garden. “The area was designed so we can continue to expand and add more features to attract pollinators and interest for students and the community. The campus added multiple beehives this past spring and has plans for several more projects by fall to enhance the garden.”

Bob Glenn of Hastings has retired as admissions and recruiting director at Central Community College-Hastings. 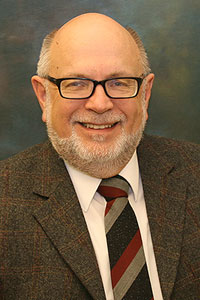 He began his career at CCC in 1975 as a sociology instructor and served as a counselor in the health occupations division before accepting his current position in 1985. Prior to joining the CCC staff, he worked as a volunteer and probation coordinator for the Nebraska Human Resources Foundation in Scottsbluff and for a State of Nebraska Youth Delinquency Prevention Program in Kearney.

He graduated from Morrill High School and earned a bachelor’s degree in religion and philosophy from Nebraska Wesleyan University in Lincoln and master’s degrees in counseling and vocational education from the University of Nebraska-Kearney.

In past years at CCC, Glenn was involved with Student Senate activities, the Scholarship Committee and as an adviser for Phi Theta Kappa honor society. He was the recipient of the Hastings Campus’ 1996 Spirit Award and 2003 Outstanding Service Award.

He has been a member of the Hastings Noon Lions Club for 40 years and has served as a district governor and council chairman for the state and as chairman of the Nebraska Lions Foundation. He is a 38-year member of the Human and Legal Rights Committee for Mid-Nebraska Individual Services, a past board member for the Mid-Nebraska Community Action Agency and The Bridge Inc., and a past president and honorary board member of the South Central United Way. 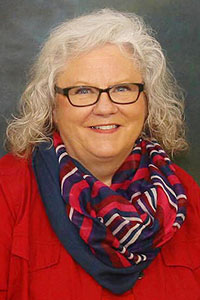 She started work at CCC in 1991 and became a full-time math, social sciences and human services instructor in 1993.

A native Grand Island resident, Meinecke attended business school after graduating from Northwest High School and then got a job as a secretary at Postal Finance in Grand Island. She later became a loan officer and traveled around the state, taking loan applications, closing bad debts and repossessing cars and TVs.

What she really wanted to do, though, was teach. She went back to school and earned a bachelor’s degree in math and geography from the University of Nebraska-Kearney. She also would later earn a master’s degree in counseling from UNK.

Her first teaching job was in Torrington, Wyo., where she divided her day between the middle and high schools, teaching math to students who were struggling with it. When the funding for the program went away, Meinecke moved back to Grand Island. She became a full-time math teacher at Hastings Middle School and also coached intramural girls basketball and volleyball and served as an adviser for the school newspaper and the cheerleading team.

After 10 years, she took an opportunity to teach upper-level math in Grand Prairie, Texas. The high school was 60 percent Latino, 20 percent black and 10 percent white with the remaining 10 percent Asian and other ethnicities.

“I appreciated the diversity, the beauty of it, but it was scary, too,” Meinecke said, explaining that most students lived in the projects and gang violence was a reality. “I loved the teaching but the emotional part of it became too much.”

Once again, she returned to Nebraska and worked for Mid-Nebraska Individual Services in Grand Island before joining the CCC staff.

During her 39-year career of teaching drug and alcohol counseling, she served on steering committees for three Grand Island nonprofit organizations: the Supervised Visitation Center, Crisis Center and The Friendship House.

When state regulations changed, she developed the new courses for state licensure for initial certification as drug and alcohol counselors and worked with treatment centers and halfway houses to provide practicum experiences. She also served on the statewide board for training for addiction professionals for several years, filling the offices of secretary, vice president and president.

Meinecke is an active member of Trinity United Methodist Church and has served as a Sunday School and Vacation Bible School teacher, adult Bible study leader and a lay speaker.

She also worked for Weight Watchers for 10 years.

Retirement will be devoted to quilting, sewing wedding dresses and competitive shooting, but will begin with a trip with her husband, Bob, to hunt elk.

The Additive Manufacturing Team from Central Community College-Hastings placed first in the SkillsUSA National Leadership and Skills Conference, which was held June 25-29 in Louisville, Ky.

Team members were Alex Kemnitz of Grand Island and Adolfo Vargas of Hastings.

Two other teams from CCC-Hastings also earned awards at the competition.

The 36th annual Ram Run and Walk will be Sept. 8, at Central Community College-Hastings. The event is open to the general public and will feature 5K and one-mile courses which participants can either run or walk.

The entry fee through Sept. 1 is $25 for individuals 11 years and older and $15 for youth 10 years and younger. After Sept. 1, registration fees increase by $5. Any current CCC student can register for $15. All entrants will receive a long-sleeved T-shirt.

Individuals who bring a food or hygiene item for the Central Closet will be entered to win various raffle prizes.

Services were June 29 at Butler Volland Chapel in Hastings with burial in Parkview Cemetery.

He graduated from Superior High School in 1957, and then served in the U.S. Army from 1959 through 1962. He was stationed in Hanau, Germany, for 32 months while the Berlin Wall was being built.

Upon his return from the armed services, he married Diana Dale Simmons.

He was a police officer and assistant chief with the Superior Police Department; a member of the Superior Volunteer Fire Department for 24 years, serving as assistant chief and chief; and was a certified ambulance technician for 10 years. In 1987, he and his family moved to Hastings where he worked for Central Community College until his retirement in 2002.

Survivors include his wife; two daughters, Carlene Boner and Christine Manthei, both of Hastings; a son, David Springer of Juniata; two brothers, Bill Springer of Blair and Ron Springer of Superior; and three grandchildren.

He was preceded in death by his parents; infant son, Kenneth Dale; and brother, Gordon Springer.

Livingston Butler Volland Funeral Home and Cremation Center of Hastings in in charge of the arrangements.

Services were Aug. 1 at First United Methodist Church in Columbus with burial in Pleasant Dale Cemetery.

She married Harold Stueck on Aug. 13, 1949, in Lincoln. After settling in Columbus in 1975, she worked as a cook at Behlen Mfg. and a custodian at Central Community College-Columbus before retiring in 1992. After retirement, she worked in the cafeteria at Columbus Middle School.

Survivors include two daughters, Corinne Evans of Fort Worth, Texas, and Denise Gernstein of Columbus; a son Mike Stueck of Lincoln; a brother, Eldon Brees of Lincoln; and her grandchildren and great-grandchildren.

She was preceded in death by her husband; her parents; two brothers, Cecil Brees and Robert Brees; and two sisters, Hilda Shaffer and Venita Johnson.

Condolences may be left at McKowan Funeral Home.

Karin Rieger, associate dean of extended learning services, has been selected to serve as Queen Isabella for Columbus Days Aug. 16-19. The King Ferdinand and Queen Isabella selections are made by past royalty and the Columbus Area Chamber of Commerce Executive Committee and are based on an individual’s long-term impact on the Columbus region. Rieger’s volunteer activities include the Columbus Public Schools Foundation, Platte Valley Humane Society, Center for Survivors, UNL Columbus Area Alumni, ARC of Platte County, Miss Columbus Scholarship Program, Columbus Area United Way, Community Builders, a Commodore for the local chamber, Leadership Columbus program and the Columbus Days’ Running of the Frankfurters.

Paige Denman has joined the staff as a human services instructor. So has Theresa Powell, who will teach accounting in both Grand Island and Hastings.

Andrew Callahan, information technology and systems instructor, has transferred to the Hastings Campus where he will teach speech.

Olivia McCaslin has resigned as an administrative assignment for the N-PACE grant, which will end in September.

Barbara Schutte has joined the staff as a nursing instructor.

Janet Eppenbach has joined the staff as adult education coordinator.