A Central Community College early college student and graduate placed in the top 10 at the recent SkillsUSA National Leadership and Skills Conference in Atlanta, Ga. 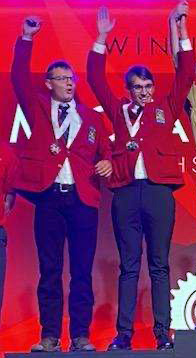 Ramaekers, who will be a senior at Columbus High School, said his competition began with a written test and was followed by three hands-on competitions and an oral test. First, Ramaekers and Cyza had to construct an electrical and pressurized system and make sure it was operational before time ran out. Next, the pair had to take a small machine and automate it as fast as possible. During the oral test, a proctor asked questions based on a schematic diagram. Ramaekers said the final test involved a three-phase motor control.

“We wired the main controls of the system from a [preclude] through a start button and then a stop button,” Ramaekers said. “From there, the proctor had my partner and I wire to a starter then through a current overload relay.”

Ramaekers is planning to study mechatronics or electrical technology after high school and CCC is on his short list. As far as SkillsUSA is concerned, he has his sights set even higher for 2023.

“I was happy to gain this achievement for the second year in a row, but I also am taking that as a challenge for my senior year to gain a national title in this competition,” said Ramaekers.

Harling said he went up against the top cabinetmakers in country in an eight-hour competition. 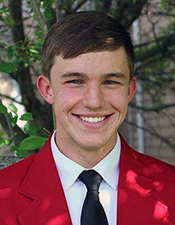 “I had to read blueprints, make a cut list and build the extravagant cabinet that was given to us in the blueprints,” Harling said. “It was my job to use the materials given to us correctly as there was no room for any mistakes.”

Outside of the competition, Harling said it was an absolute honor to represent CCC and the state of Nebraska.

“It was so neat to be able to compete with so many people from around the nation who all share similar interests,” said Harling. “Competing at SkillUSA nationals has given me the opportunity to meet and make nationwide connections.”

Harling graduated from CCC in May and is planning to attend the University of Nebraska-Lincoln to earn an agriculture education degree with a skilled and technical science endorsement.

“I plan to become a skilled and technical sciences educator where I will teach my students the importance of skilled work and train them for their future careers,” said Harling.