Inauguration Day traditionally brings thousands of Americans to Washington, D.C., for the swearing in of a new president. Because of the protestors who stormed the U.S. Capitol on Jan. 6; however, safety meant a ceremony without the crowds.

But Shawn Patsios was there.

As a member of the Nebraska Air National Guard, he had volunteered for duty at Joseph Biden’s inauguration long before Jan. 6. “After that day, everything drastically changed,” he said.

A fortified inauguration meant almost 26,000 National Guard members going on and off duty and passing through checkpoints between one place and another. After Jan. 19, there was no getting in or out of D.C. because the bridges were closed.

As a religious affairs airman, Patsios remained focused on his job of providing the troops with spiritual guidance.

“For four days, I was living history every day and was part of something bigger than myself,” he said. “I was serving my brothers-in-arms and helping them when they were tired or worn out or hungry. With all the chaos, you just had to roll with the punches.”

Rolling with the punches is something Patsios has done for most of his life. Serving in the military wasn’t something he thought much about when he was growing up. What interest he had was sparked by his grandpa, a veteran of the Korean War.

As a junior business communications major at the University of Nebraska-Kearney, a friend in the Army Reserves turned Patsios’ interest into an itch to serve.

He didn’t think the Army Reserves would do. “I don’t even like to camp,” he admitted with a laugh.

He signed up with the Nebraska Air National Guard instead.

“I was excited, nervous and very green, but I learned on the fly,” he said.

The Air National Guard has continued to expand his horizons and lead him down unexpected roads, including moving into a new role as a religious affairs airman.

“I didn’t think I looked like a pastor or priest,” Patsios joked, “but the chaplain told me that I was very personable and that was the important thing.”

These days, he describes his role as a religious affairs airman as the best job in the Air Force. It allows him to pair up with a chaplain and work with a team to provide spiritual support to the troops.

“This has turned into a great part-time career,” said Patsios, who was promoted from tech sergeant to master sergeant shortly before leaving for Washington, D.C. “It’s given me career opportunities and a perspective on life that makes me aware of the gifts I’ve been given. It’s also taught me to embrace opportunity, to value being part of a team and to give back to my community.”

Central Community College is now benefiting from his desire to give back. A few months ago, he became the veterans and military resource coordinator for the Grand Island Campus and Kearney Center.

Patsios said he brings a wealth of experience that helps CCC military students facing challenges while furthering their education. For example, he has been an admissions counselor at Wayne State College and a mortgage loan officer at US Bank.

“Getting a postsecondary education is expensive but I learned about debt capacity at the bank. I can help with those financial matters,” he said. “It’s important the work we’re doing here at CCC.”

A February drive by the National Society of Leadership and Success (NSLS) chapter at Central Community College-Hastings brought in about 800 items for the campus Food and Hygiene Pantry.

Thanks to an October move from a smaller to a larger location in the Dawson Building, the pantry has the space to accommodate those additional items.

“The pantry was in a tiny closet near the gym,” said Lydia Lough, the contact person for the pantry. “We’re now in 227, which is a much bigger space. It’s more visible but provides more privacy since the pantry is inside yet another room.”

The expanded space has been essential in meeting increased demand.

“In fall 2020, the Food and Hygiene Pantry has given 1,000 more food items compared to fall of 2019,” said NSLS adviser Erika Wolfe. “It’s important that we can help with these basic needs because if they aren’t met, students won’t be successful. If they’re hungry, they won’t come to class or do well on a test.”

“Giving to the food pantry is a great way of having an impact, and the students are so grateful,” Lough said.

Both women emphasized that employees don’t have to wait for a drive to donate. The pantry accepts donations any day the campus is open. This is also true of CCC’s other food and hygiene pantries in Columbus, Grand Island and Kearney.

Central Community College and the University of Nebraska at Kearney (UNK) have joined forces in a national initiative designed to boost college completion for underrepresented students.

Sixteen partnerships in 13 states were selected to participate in the two-year initiative. The 17 community colleges and 19 universities in those partnerships will work to meet the initiative’s goal of serving 6,000 students from the identified underrepresented groups. Each team will place at least 100 students on one of five identified transfer pathways by the end of the first year and 300 or more by the end of the second year.

“Providing Nebraskans with the opportunity to earn their first 60 credits at Central Community College and second 60 credits at UNK will be a win-win for our community and employers,” said Dr. Candace Walton, vice president for innovation and instruction. “Our partnership is already working transfer opportunities in criminal justice and human services. Central Nebraskans will reap the benefits.”

“This initiative provides additional options for students to expand their educational opportunities and directly contribute to the workforce,” said Dr. Matt Bice, associate dean of graduate studies. “The initiative is driven by the collaborative spirit of central Nebraskans, and UNK is committed to working with diverse stakeholders to develop future opportunities for our neighboring communities.”

The funds are earmarked for CCC’s Columbus Community Hospital Center for Science and Technology. The $16 million, 33,500-square-foot facility at the Columbus Campus will offer cutting-edge science and nursing labs and interactive learning spaces designed to enhance student learning and support industry demands.

Of the money raised, $500,000 will go toward endowment funding for student scholarships and future technology upgrades.

Groundbreaking ceremonies were held in October 2020. Construction is expected to be complete in fall 2022.

This is the first time since the 2016-17 season that CCC women’s basketball has had a player named as NJCAA Division II Basketball Player of the Week.

The creative work of five students at Central Community College-Hastings is now on display in the media arts program’s 19th annual Student Photography and Art Show.

This year’s theme is “Unmask Your Imagination.” Because of COVID-19, there will be no opening reception; however, the public is welcome to stop by to see the exhibits in the Platte Building through Saturday, March 27. The gallery is located on the second floor in the east wing and will be open from 8 a.m. to 5 p.m. Mondays through Fridays with the final day set for Saturday, March 27.

PTK chapter wins in Pump It Up

The Beta Alpha Delta chapter of Phi Theta Kappa international honor society at Central Community College-Hastings has been named a winner in the American Red Cross Pump It Up Challenge.

Pump It Up recognizes high-achieving blood drive sponsors that have grown the number of blood donations collected in their community. The Beta Alpha Delta chapter, which has already achieved the distinction of Premier Blood Partner with the Red Cross, helped collect 178 blood units from February 2020 through February 2021.

“Last year, we received an outpouring of support at our blood drives,” said PTK adviser Julie Mullen. “Our goal is to make it a success again this year for patients who are counting on us.”

The next Beta Alpha Delta chapter has set a goal to fill 54 appointments at its next blood drive, which will be held from 9 a.m. to 3 p.m. on April 12 in the Dawson Gym at CCC-Hastings.

Services were Feb. 9 at St. Ann’s Catholic Church in Doniphan. 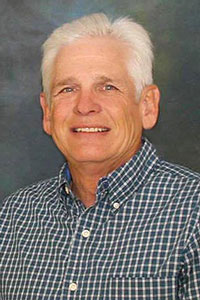 He was born on July 2, 1955, in Carroll, Iowa, to Larry and Helen (Odendahl) Lewis. His high school years were dominated by wrestling, culminating in a 4th Place finish at the South Dakota State Tournament.

He earned a bachelor’s degree from South Dakota State University and a master’s degree in business from the University of Nebraska-Kearney.

He worked at Chief Automotive Systems for 27 years and at Presto-X before becoming an enrollment specialist at Central Community College.

He was an Eagle Scout and enjoyed helping his grandsons with their own Boy Scout journey.

He was preceded in death by his mother.

All Faiths Funeral Home is in charge of arrangements. Memorials are suggested to the family. Condolences may be left at www.giallfaiths.com.

A celebration of life visitation was held Feb. 20, at Solt-Wagner Funeral Home in Central City. Memorials are suggested to the family. Condolences may be left at www.soltwagnerfuneral.com.

She earned an associate of applied science degree in culinary arts from CCC-Hastings and a bachelor’s degree in human resources from Bellevue University.

She served as manager of food services at Central Community College-Grand Island for 12 years.

She was a member of the St. Michael’s Catholic Church in Central City, Altar Society and Quilting Guild and was a den mother for Cub Scouts.

Survivors include her children, Tim Grudzinski of Dacono, Colo., Adam Grudzinski of Gretna, Katie Sharpe of Meade and Connie Leckband of Rochester, Minn.; and her nine grandchildren.

She was preceded in death by her mother; her husband; and her son, Joel.

The following employees have resigned: Jordan Barker as a custodian and Abbie Dishong as a career coach and recruiter for Project HELP.

Trevor Plautz has joined the staff as a truck driving trainer.