This year’s recipients will also serve as keynote speakers at CCC’s commencement ceremonies on May 7. They are: 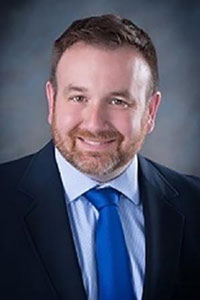 With nearly 15 years of public health experience, his work has focused on understanding and improving conditions that contribute to health and well-being by working with communities, especially those with traditionally underserved populations experiencing health disparity. 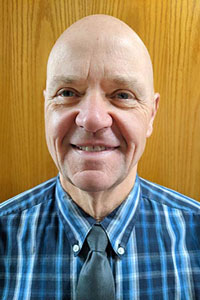 Osburn is an Army veteran who served on active duty for three years and nearly 20 years in the Army Reserves. He has been a volunteer firefighter for more than 30 years, a Boy Scout leader for more than 25 years and is the current commander of Cairo American Legion Post 333.

He and his wife, Amy, have three sons, one daughter and three grandchildren. 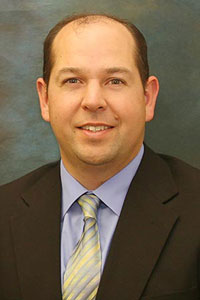 Bradley Keasling of Grand Island is an associate dean of business at CCC who supervises faculty on the Columbus and Grand Island campuses and at the Kearney Center.

His career includes work in a variety of industries, including farming, the meat industry, retail, manufacturing, finance, banking and sales. After working in the for-profit industry for over 10 years, he took a full-time position with Bellevue University on the CCC-Grand Island campus. He also started teaching business and information technology part time at CCC as well as the night business program for Bellevue University.

Keasling is a member of Peace Lutheran Church in Grand Island where he serves on the Mission and Ministry Council and Praise Team and fills in as a lay minister. He also serves on the CHI St. Francis Foundation Board of Directors.

He and his wife, Katie have two daughters. 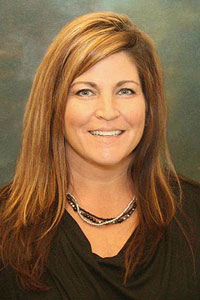 The Campus Spirit Award recognizes employees who make a significant contribution to Central Community College. The focus is on service above and beyond what is considered a normal or expected part of their job description.

“She goes above and beyond her job description,” her nominator said. “As a department-of-one on campus, it would be easy to work in a silo and perhaps fly under the radar, but she stands out as one who goes the extra mile to care for her students.”

Stuart was cited for promoting her program in innovative ways, working with faculty members in other divisions to support students struggling with coursework and for being actively involved in projects outside her division.

“She also has demonstrated her support for the academic education division with her involvement on the Gardner Institute course redesign committee for elementary algebra,” the nominator said. “Her insights have been appreciated on that committee.”

Stuart “jumped at the chance” to use the 3-D printer to benefit both the campus and community. For CCC, she fabricated models that are now instructional tools in calculus classes. For the community, she made headgear frames for face shields and s-hooks for face masks for health care providers fighting COVID-19.

She also has been involved with the Nebraska Summer Transportation Institute, which is a summer camp offered by the CCC extended learning services department to students who want to learn about the transportation career fields.

“As a fellow instructor, I have learned from her how to be better with my students,” her nominator said. “She leads from the front and by example.”

Commencement set for May 7

Central Community College will hold commencement ceremonies at its Columbus, Grand Island and Hastings campuses on Friday, May 7.

The keynote speakers will be this year’s Outstanding Alumni Award recipients.

The Columbus Campus commencement will be held at 7 p.m., but because of social distancing concerns, it is not open to the public. Each graduating student received tickets for six guests; individuals without tickets will not be admitted. Dr. Charles E. Sepers of Columbus will be the keynote speaker.

CCC will livestream all three ceremonies at https://www.cccneb.edu/graduation.

For individuals attending in person, face coverings will be required and social distancing will be encouraged.

A variety of activities on and off campus await individuals attending the Central Community College-Hastings Alumni Weekend May 13-15.

Hastings Campus buildings will be open from 9 a.m. to 5 p.m. May 13-14. Visitors are welcome to take a guided tour or see the buildings on their own.

The CCC Foundation, Hastings Campus and Hastings Area Chamber of Commerce will host Business After Hours at the Hastings Museum.

The CCC staff, faculty and alumni golf tournament will be held from noon to 5 p.m. at the Elks Country Club golf course near the Hastings Campus. Golfers may sign up as a team or play as a single.

A 5K glow run will be held in the evening to give former Rams and community members a chance to participate in an on-campus athletic event. The run begins at 7 p.m. in the Polk parking lot.

CCC alumni are invited to visit businesses in downtown Hastings from 8 to 11 p.m. Businesses hanging the CCC Alumni Weekend poster will offer discounts and a friendly atmosphere to all attendees.

The CCC-Hastings Furnas parking lot will be the site of two events.

The Hastings Campus Car Show will be held from noon to 5 p.m. and feature cars from all decades from the Hastings area. This event will include awards, free T-shirt and food for all participants.

A Taste of CCC will run from noon to 4 p.m. Tri-city vendors and food trucks will provide samples and food.

For contact information, COVID restrictions,  event registration and other details, go to www.cccneb.edu/events.

She worked for the telephone company in Columbus as a switch-board operator before starting a 20-plus year career as a secretary at Central Community College-Columbus. She also was involved in the operation of Evergreen Tree Farm north of Monroe and was a member of Peace Lutheran Church.

She was preceded in death by her husband; parents; and brother, Kenneth Arndt.

Memorials are suggested to the family’s choice. Condolences may be left at www.gasshaney.com.

Peg A. (Lambe) Radke, 66, of Grand Island died April 23 at her home from COPD and bronchitis complications.

A memorial gathering will be held at a later date. Burial is in Grand Island Westlawn Memorial Park Cemetery.

She was employed as a nurse at hospitals in Lincoln and Fremont before moving to Grand Island where she worked in the medical unit at St. Francis Medical Center. In the mid-1990s, she began teaching part-time at Central Community College-Grand Island. She was promoted to a full-time position in 2000 and retired in 2020.

Survivors include her husband, Bob.

Livingston-Sondermann Funeral Home is in charge of arrangements. Condolences may be left and memories shared at www.livson.com.

Naa-Adjeley “D” Ablorh has joined the staff as a part-time chemistry instructor. She will move into a full-time position in August.

Paramedicine instructor Fred Benzel has been named Instructor of the Year by the Nebraska Emergency Medical Services Association. He was nominated by a former student, Cheyenne Massey, who is now a full-time employee of the Aurora Fire Department. In addition to being a CCC instructor, Benzel works for the Grand Island Fire Department and is a volunteer firefighter for the St. Paul Fire Department.

Bryce Jensen has been hired the new media producer.

Meghan Horton has resigned as a counselor and prevention education coordinator. She has been replaced by Alyson Wolfe. Also new to the campus is custodian Amanda Layman.

An article by chemistry instructor Yunteng He on his traffic light system was published on the Teaching Professor last November. He also has had a manuscript on ideas for promoting STEM (science, technology, engineering and mathematics) teaching reform accepted by the Journal of College Science Teaching.

Rebecca Wisdom has joined the staff as a nursing instructor.