Dan Davidchik of Columbus, process controls and instrumentation instructor at the Columbus Campus, for leading and implementing many national grants for CCC, including the newest National Science Foundation grant with South Central College.

Gene Friesen of Hastings, drafting and design technology instructor at the Hastings Campus, for his work from obtaining the first AMDT national grant to implementing the innovative steel printer as one of the first community colleges in the nation.

Yunteng He of Kearney, chemistry instructor at the Kearney Center, for his innovative and nationally published methods for assessing student learning and sharing those methods with national and international audiences.

Vicki Kucera of Lawrence, financial aid services area director, for her work on the federal financial CARES grant aid and state workforce retraining aid as well as her participation in state and national financial aid organizations.

Brian McDermott of Hastings, college effectiveness and research director, for his leadership and innovation on multiple national reports as well as the Best for Vets applications, VFA implementation and most recently on the federal CARES funds.

Libby Paro of Grand Island, occupational therapy assistant instructor at the Grand Island Campus, for her efforts in enhancing CCC’s OTA program to date and sharing what she has learned with national OTA conference audiences.

Jared Pettit of Kearney, mechatronics instructor at the Kearney Center, for creating the Kearney mechatronics program, serving as a positive advocate in his role with the National Guard and helping with the new National Science Foundation grant.

Karin Rieger of Columbus, associate dean of extended learning services at the Columbus Campus, for her involvement in national and statewide projects that include the National Endowment of the Humanities grant, Central Honors Institute and the Verizon grant.

Dr. Callie Watson of Plattsmouth, occupational therapy assistant program director at the Grand Island Campus, for her efforts in enhancing CCC’s OTA program to date and sharing what she has learned with national OTA conference audiences.

“It was a privilege to select these recipients for the League for Innovation in Community College’s League Excellence Award,” said College President Dr. Matt Gotschall, who nominated them for the award. “They have each demonstrated leadership and excellence in their programming, research, grants, teaching and/or support for students.”

The League for Innovation has been informing, inspiring and celebrating innovation in learning, teaching, staff development and student success for 50 years. 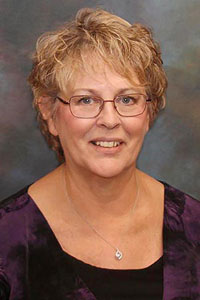 Deb Augustin of Osceola joined the Columbus Campus staff in 1997 as a receptionist and switchboard operator.

About a year and a half later, she became a records registration technician, the position she still holds today.

She previously had worked as a dental assistant for more than 20 years.

Augustin is a graduate of Shelby High School who went on to earn a diploma in dental assisting from CCC-Hastings.

She is a member of Sacred Heart Catholic Church in Shelby and the Shelby-Rising City Booster Club.

She and her husband, Rocky, have two children: Clint Augustin of Chicago and Lindsey Crook of Rising City. They also have three grandchildren.

She previously worked as a police dispatcher in York, taught Jazzercise in Omaha and Grand Island, and at Farmers Insurance in Grand Island.

Chambers is a graduate of York High School and Bellevue University with a bachelor’s degree in management.

Her memberships include the Greater Nebraska Development Board, Coalition on Adult Basic Education, Adult and Continuing Education Association of Nebraska and the 1995 Hall County Leadership Tomorrow Class. She also is  a graduate of the League of Innovation Chair Academy,  a Certified Manager in Program Improvement through the Leadership Excellence Academies and a volunteer for Habitat for Humanity. 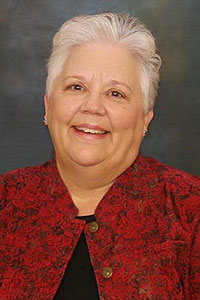 Glenda Heath of Grand Island began work at the Grand Island Campus in 1995 as a part-time counseling secretary.

Since 2014, she has worked for student services and with student activities.

Prior to joining the CCC staff, she was primarily a stay-at-home mom but also worked part-time as an accompanist at Barr Junior High School and temp worker through Hansen Employment.

Heath is a graduate of Canton High School in Canton S.D. It was through a school program that she landed her first job as a secretary at Bid Well Corporation. She went onto an administrative assistant position at Iowa State University where she mostly worked with students and in the treasurer’s office.

She is a member of the Support Staff group at the Grand Island Campus and has served as the support staff representative on the College Cabinet.

She is a member of Peace Lutheran Church and the Prairie Pioneer Quilters Quilt Guild in Grand Island and a previous volunteer in the St. Francis hospice program.

She and her husband, Steve, have three children: Paul Heath of Crete; Brent Heath of Fort Dodge, Iowa; and LenaMarie Johnson of Grinnell, Iowa. They also have 14 grandchildren and are expecting a 15th in May. 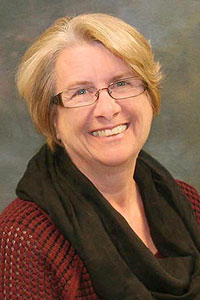 Michele Lutz of Columbus started work at the Columbus Campus as an assessment specialist on July 8, 1991. She was promoted to assessment coordinator in 1993 and to her current position as disability services and assessment director in 2015.

Prior to joining the CCC staff in 1991, she served in the U.S. Air Force, first as an environmental health instructor and then, after receiving her commission, an air weapons controller. She later was a curriculum writer and trainer at the Whiteman (Air Force Base) Child Development Center in Missouri and then director of Rainbow Corners in Papillion.

Lutz earned a bachelor’s degree in health education and community health from Temple University in Philadelphia and a master’s degree in higher education counseling from Wayne State College.

She is a charter member and a former commander of AMVETS #10 and a former president of Veterans of Foreign Wars Post 3704. She also is a member of the Disabled American Veterans Auxiliary, American and Nebraska counseling associations, and the Association for Higher Education and Disability.

She and her husband, Bob, have two children: Rae Bidler of Omaha and Bobby Lutz of Lincoln. 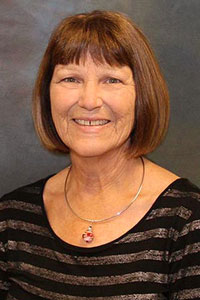 Sue Mahlin of Columbus joined the CCC staff in March 2000 as a part-time administrative assistant in the training and development department at the Columbus Campus. She was promoted to full-time status in November 2000.

She previously had worked for 20 years as a supervisor at Saunders Archery where she oversaw production for archery accessories.

She and her husband, Mel, also rand a cleaning business for more than 10 years.

Mahlin is a graduate of Columbus High School and a member of Immanuel Lutheran Church in Columbus.

She and Mel have three children: Tina Kirby of David City; Todd Mahlin of Amarillo, Texas; and Kelly Johnson of Irwin, Idaho. They also have 11 grandchildren. 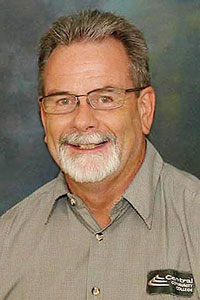 Mark McCaffery of Grand Island began work as a carpenter at CCC-Hastings in 1983. He worked there for 10 years before transferring to the Grand Island Campus as a building maintenance technician.

Prior to joining the CCC staff, he worked for a general contractor named Mel Lucht, who McCaffery said taught him all aspects of the carpentry trade.

He is a graduate of Brockport High School in Brockport, N.Y., and attended Ottawa University in Ottawa, Kan., for a year.

He is a member of the Restoration Worship Center in Grand Island where he serves on the Worship Team and sings.

He and his wife, Kay, have five children: Caleb McCaffery and Megan Lunn, both of Lincoln; Micah McCaffery of Hastings; Jonas McCaffery of New London, N.H.; and Jacob McCaffery of Brooklyn, N.Y. They also have six grandchildren.

Plans are underway for the 2021 commencement at Central Community College. For the first time, all three ceremonies will be held on the same day: Friday, May 7. The Heartland Events Center in Grand Island will host Grand Island at 10 a.m. and Hastings at 2 p.m. The Columbus ceremony will be at 7 p.m. in the Physical Education Center.

Central Community College is one of six community and technical college partners in the Better Futures program.

JBS USA and Pilgrim’s will work with these colleges to provide more than 66,000 company team members and their dependent children with an opportunity to pursue higher education.

To be eligible, team members must have worked for the company for at least six months. Their tuition is paid by the company, and they may enroll in the program of their choice. JBS USA and Pilgrim’s advisers will help them navigate the application process.

“This is definitely a win-win-win partnership between individuals, private industry and public higher education, which will make a positive difference for generations to come,” said CCC President Dr. Matt Gotschall.

The first class of students will be eligible for the upcoming 2021-22 academic year.

Both Law and Laveau will graduate in May.

Anthony Burnham has been promoted from music instructor to associate dean of academic education. He will replace Kathryn Ballobin, who is retiring in June.

Kay Gettinger has joined the staff as a registration and assessment technician.

“Until They Forget,” a play by biology instructor Robin Buckallew, has been selected for performance at a September play festival at the Johnny Carson Theatre in Lincoln.

The one-act play is set in an afterlife waiting room where the characters are trying to come to terms with being dead and avoiding the fate that awaits them once no living person remembers them. In an attempt to prevent that fate, they wear the masks of famous people to fool Fate into believing they’re someone else.

Performance dates have yet to be set.