“Each year, my office coordinates with U.S. Senators Fischer and Sasse to offer Third District students and their families the opportunity to learn about earning their education at one our service academies,” said Smith. “In years past, this has presented a challenge for many families who are prevented from attending in person due to the size of Nebraska’s Third District.” 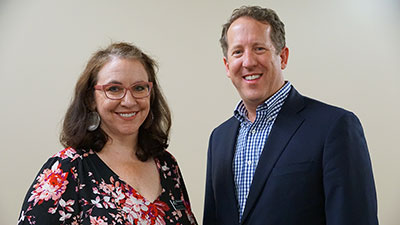 Smith’s office reached out to Dr. Candace Walton (left), vice president of innovation and instruction, asking if CCC would be interested in hosting such an event. The answer was an enthusiastic “yes.”

“Congressman Smith’s office reached out saying that they had heard that Central Community College is well-known for its expertise in distance education and the necessary technology,” said Walton.