The Additive Manufacturing Team from Central Community College-Hastings placed first in the SkillsUSA National Leadership and Skills Conference, which was held June 25-29 in Louisville, Ky. 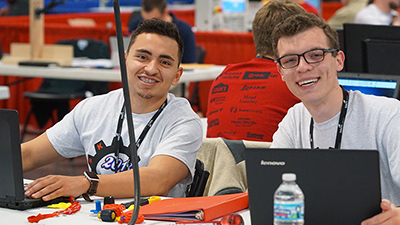 Two other teams from CCC-Hastings also earned awards at the competition.

The Teamworks Team placed sixth. Team members were Pedro Nunez of Gibbon; Keenan Lienemann and Jerrod Puncochar, both of Grand Island; and Dakota Franks of Kearney.

The Automated Manufacturing Team placed 12th. Team members were DJ Criswell and Johnathan Leitschuck, both of Grand Island, and Denna Stewart of Hastings.