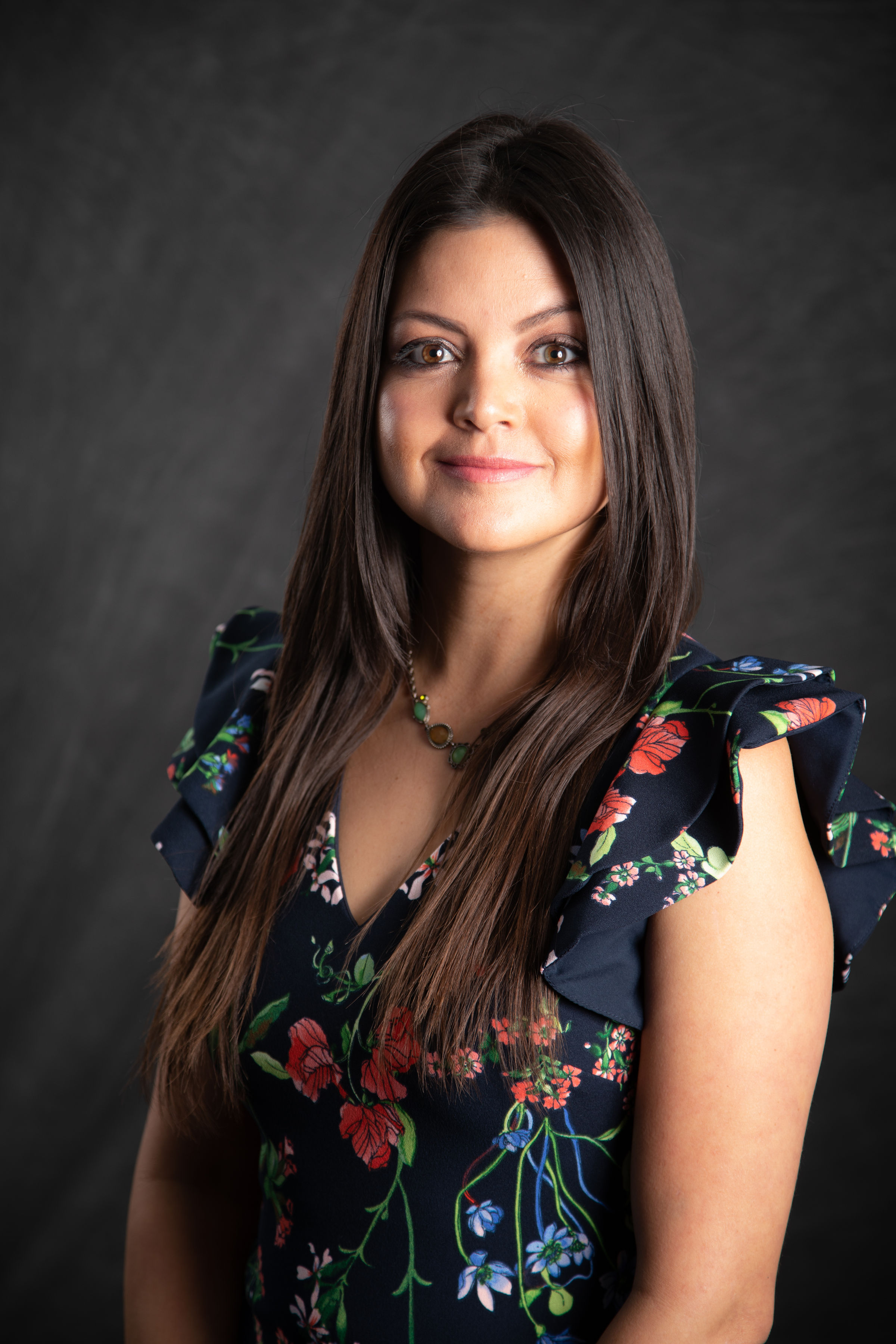 Karen P. Pesek is the director of finance and community liaison at Pesek Law LLC. In her director of finance capacity, Karen’s main responsibility is to ensure that the funds received for personal injury cases are correctly distributed to all interested parties on a timely basis. Karen has a Public Accounting degree from Wayne State College, and prior to that, she obtained an associate degree from Central Community College in Columbus, Nebraska. CCC provided the strong, solid foundation that she needed to build her life and her career. Years after graduating college Karen and her husband Ross, also a CCC alumni would pay homage to community college education by establishing the True Potential Scholarship with the mission to help young immigrants reach their true potential through quality, affordable education. Karen believes that graduating from college with minimal or no debt is one of the best gifts anyone can give to their future self. The True Potential Scholarship has helped over 100 immigrant students attend classes at several community colleges in Nebraska and Iowa.

In her capacity as community liaison for Pesek Law, Karen serves as the volunteer coordinator for the South Omaha Business Improvement District, which includes the commercial corridor where her offices are located. Karen facilitates collaboration between community stakeholders and the city government by organizing volunteers and contractors. Since 2017, Karen has helped organize Planting Days every spring season to beautify the streetscape and public spaces of her community.

In her personal life, Karen is happily married to Ross Pesek, and they have three kids ages 10, 8 and 7, and one dog named Oso. Karen loves visiting her native Mexico at least once a year, playing board games, reading, and cooking. 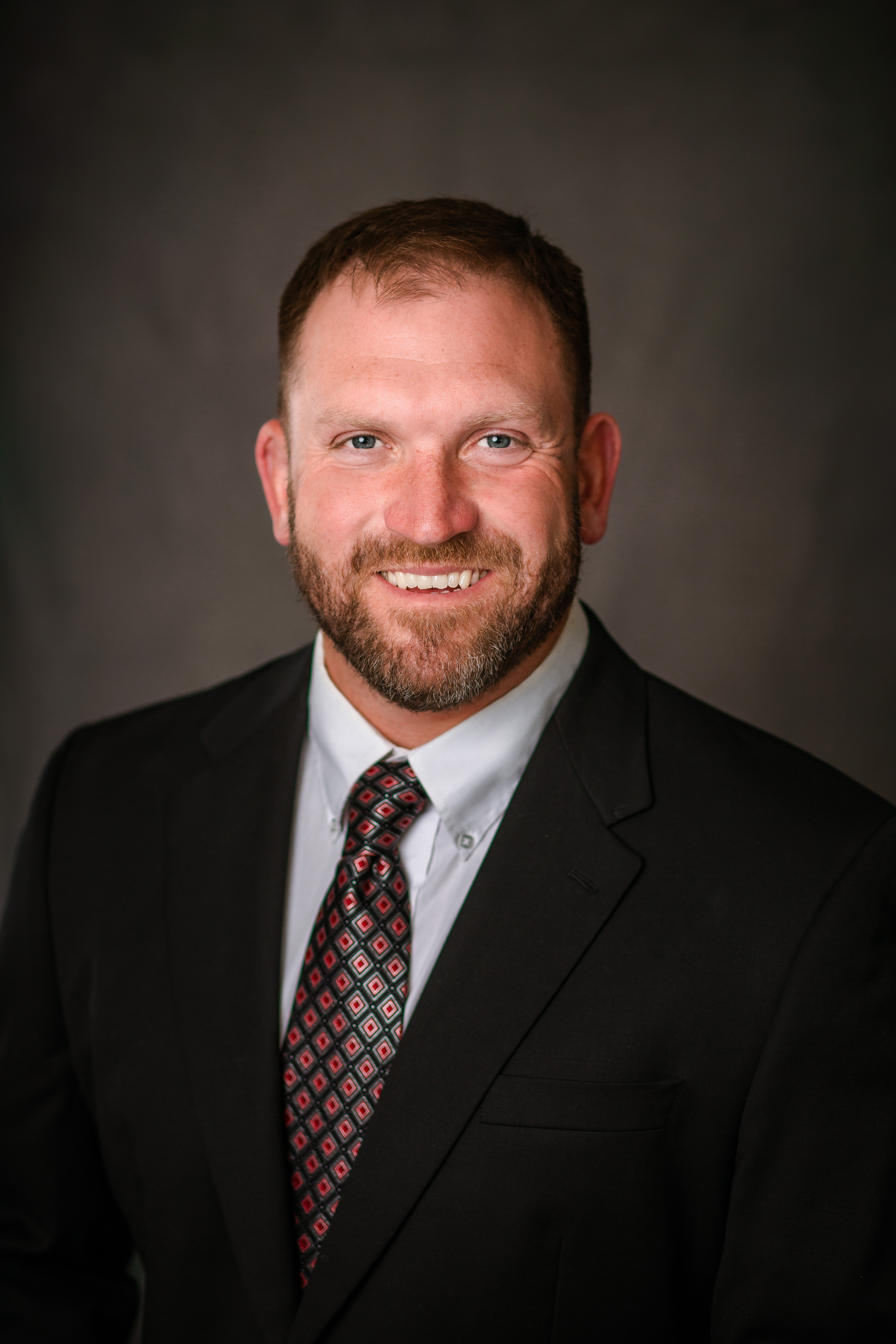 Cody M. Gulbrandson is the owner and veterinarian at Beaver Creek Veterinarian services in Albion, Nebraska. Cody grew up in a rural setting south of Central City, Nebraska. He graduated from Central City Public School in 2000 and started his college career at Central Community College - Grand Island in the Fall of 2002 intending to pursue a degree in veterinary medicine. Upon completion of his prerequisites, he was accepted to Iowa State University, College of Veterinary Medicine in 2005. Cody graduated from Iowa State University and Central Community College in 2009, then moved to Fullerton, Nebraska for his first professional position as a doctor in veterinary medicine. Cody went on to accept a position at Town & Country Veterinary Clinic in Albion where he became co-owner in 2012. In October of 2021, he left Town & Country Vet Clinic to start Beaver Creek Veterinary Services in Albion. He currently serves as president of the Boone County Agricultural Society and as director at large for the Nebraska Veterinary Medicine Association. Cody currently lives on an acreage just west of Saint Edward, Nebraska with Amanda his wife of 16 years, and three sons, Hadley (16), Austin (11), and Karsten (6). Cody and his family enjoy the rural lifestyle by running a small commercial cow herd and caring for numerous pets. 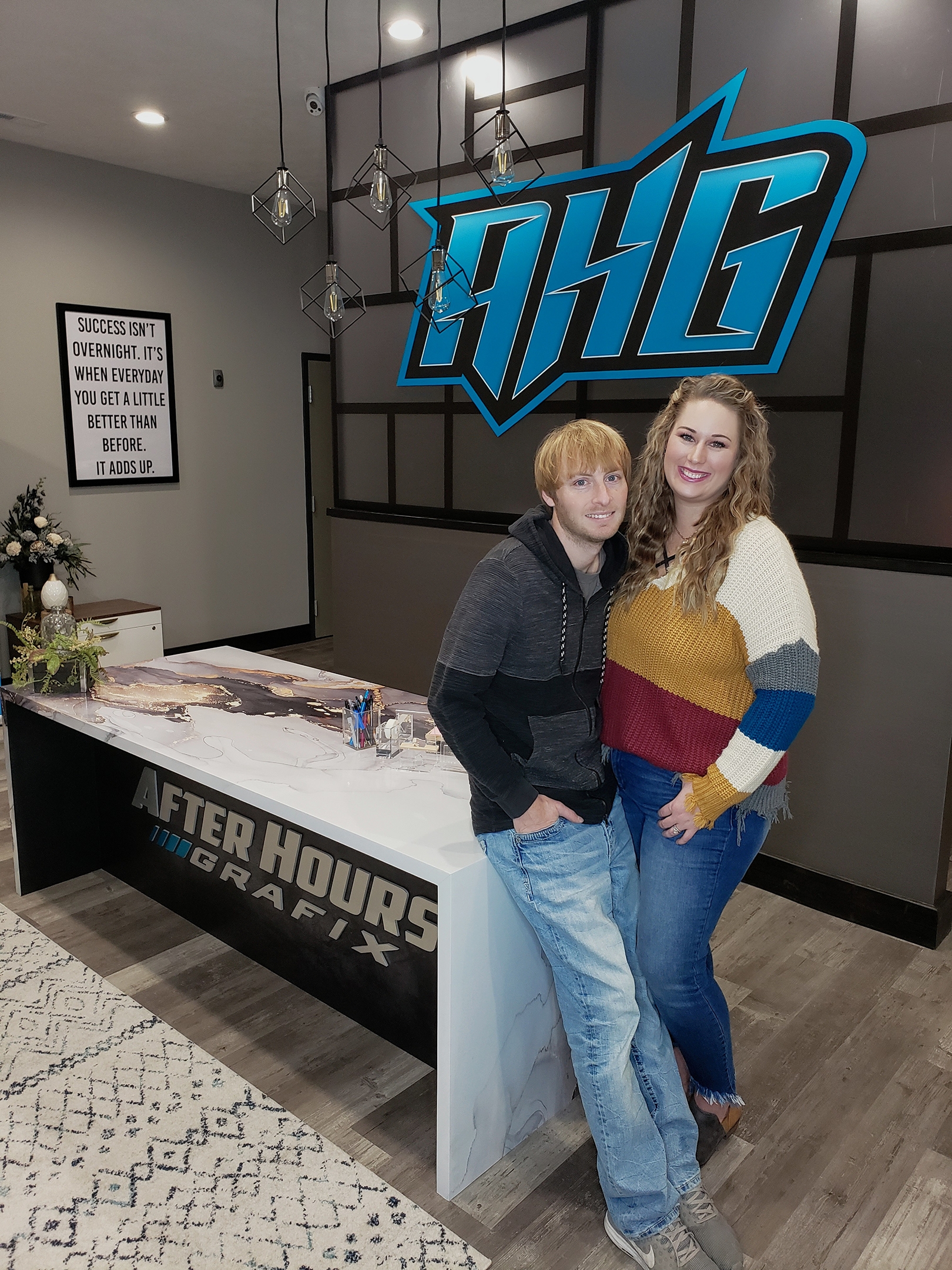 Troy and Kelsey Hofmann are busy business owners of After Hours Grafix and Urban Chic Boutique in Aurora.

After Hours Grafix is a company that designs, prints, and installs wraps on ambulances, semi-trucks, charter buses, and commercial vehicles and trailers. Urban Chic Boutique is a size-inclusive women’s clothing boutique.

Troy Hofmann attended Central Community College obtaining a dual degree in Machine Tool Technology and Drafting and Design Technology. Kelsey Hofmann (Otto) attended Central Community College at the same time and received a degree in Business Administration along with an Entrepreneurship certificate. Troy and Kelsey graduated in 2011 from the Hastings Campus.

In 2009, Troy started After Hours Grafix as a side business to work his way through college to accommodate the racing community with “decaling” most of his friends’ racecars. After graduating from CCC he kept up with After Hours Grafix “after hours” of his full-time drafting job and Kelsey headed to cosmetology school in Grand Island. In August 2012, she graduated from there and started her own hair salon, Urban Creations, in Aurora after building up her clientele and getting some experience.

In March 2014, Troy was spending more hours doing graphics then he was at his full-time job, so finally went full-time with After Hours Grafix, and things haven’t slowed down since!

In October 2014, they bought a building on the “square” in downtown Aurora. They opened their first storefront in January 2015. Here, Kelsey had her hair salon in the front of the building and Troy had his graphic area in the middle and back of the building. They knew this wouldn’t last long as both businesses grew.

After buying land in 2019, they started the building process of their dream shop. Through COVID restrictions and delays they completed construction and moved into their new location out by the I80/HWY 14 interchange as of August 2020. They now have a 7,000 square foot shop that houses a production space, 2 offices, a huge install garage, Kelsey’s small hair salon plus some room for growth.

After COVID restrictions shut down hair salons in Nebraska, Kelsey pivoted her business mind to possibly doing something online. She had done the social media, website design, and marketing for Troy’s business in her free time so going online was something she already knew how to do. She then decided to start Urban Chic Boutique and close her hair salon after five years of owning it.

Urban Chic Boutique opened in February 2021 as a size-inclusive, online-only women’s clothing boutique. The local demand skyrocketed after launching this new business venture and after three months she converted her small hair salon space over to a small brick-and-mortar store that was only open one day a week for local shopping.

After a year, the space was just getting too crowded so she moved in with a local flower/gift shop on the downtown “square.” She still continues to sell clothing, shoes, and accessories online and in-person and is regularly shipping out to 13 states a month.

The boutique transition from doing hair was a pretty easy one because she was used to listening to people and finding solutions along with just making women feel good about themselves. But, now, it’s with fashion instead of hair color or a haircut.

You can catch her bubbly personality live on her business Facebook page one time a week and you can see Troy’s work on the Central Community College semi-trucks for the truck driving program along with many other vehicles hitting the road across the state. After Hours Grafix provides graphics for the three main Nebraska ambulance and emergency equipment dealers where he provides custom wraps. Along with, just recently, acquiring two charter bus dealers plus all his local business owner customers.

Kelsey is a newly elected Aurora Chamber of Commerce Board Member this year where she gets to help and plan local Chamber events. Along with, recruiting new businesses to the area and strategically helping local businesses grow.

They are super busy people taking care of two businesses and being married business owners, in general. They have the cutest little shop dog, Myles that is practically a local celebrity when he makes his appearance on their social media accounts. And, after working hard, they do enjoy some downtime at the lake during the Summer and occasionally a beach vacation where they can totally unplug. And later this year they will be welcoming their first baby after 10 years of marriage! They are about to start a whole new chapter and this one is about how to run two businesses with a little one on the hip!