All Hall of Fame inductees are recognized at the entrance of the administration board room at Central Community College in Grand Island. 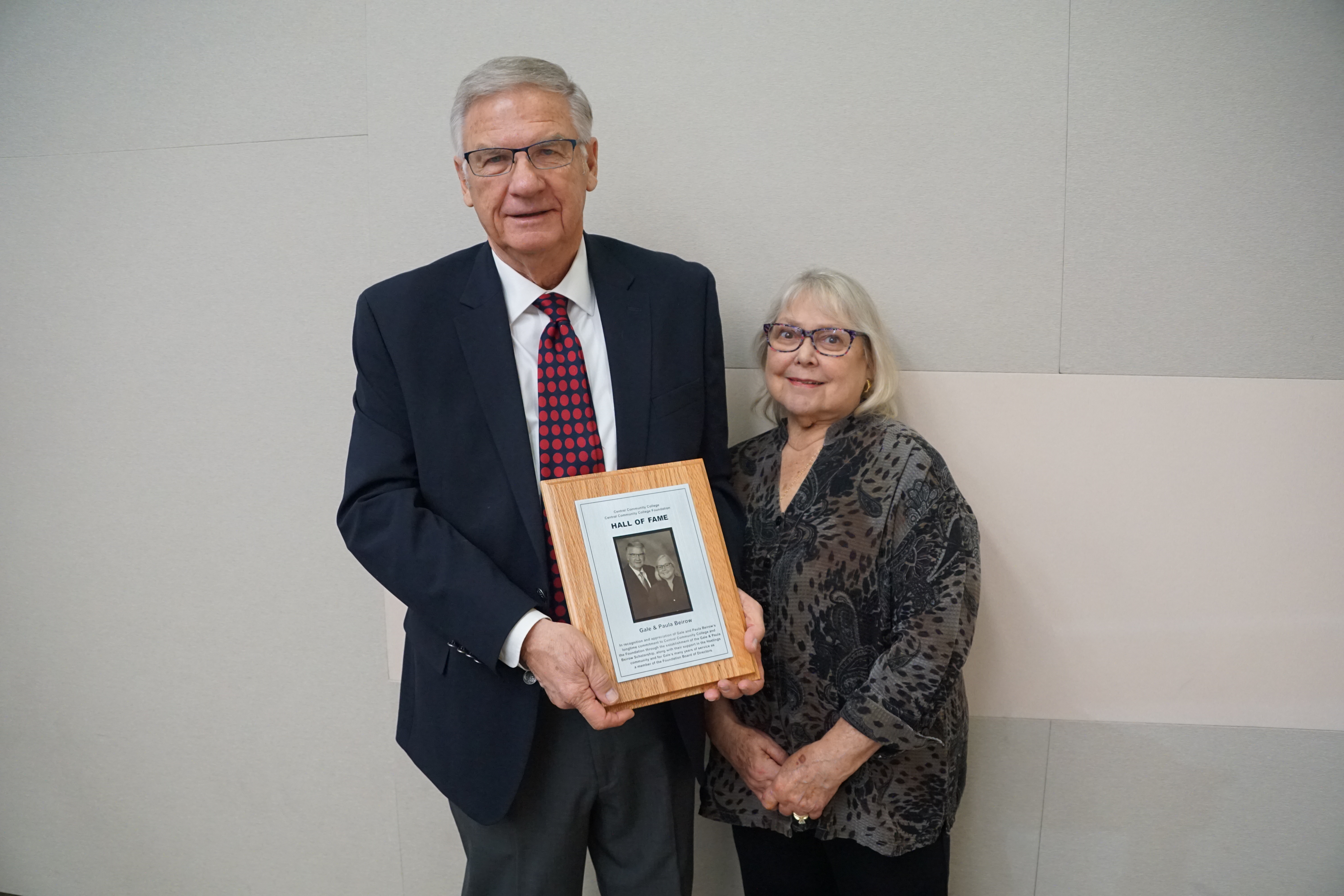 Gale Beirow was born in Campbell and moved with his family to Hastings in 1945 where he graduated from Hastings High School and attended Hastings College. Paula Hohnstein Beirow was born and raised in Hastings. Paula and Gale were married in 1961. Their family consists of two sons, five grandchildren and two great-grandchildren. Gale has been employed at Hastings Irrigation Pipe Co., a family-owned business, for 58 years.

Gale and Paula serve on various boards and organizations within and outside the Hastings community. Gale has been a member of the CCC Foundation Board of Directors since 1999. In the early 1960s, Paula’s father, Paul Hohnstein, was among the individuals who were instrumental in the formation of Central Community College. 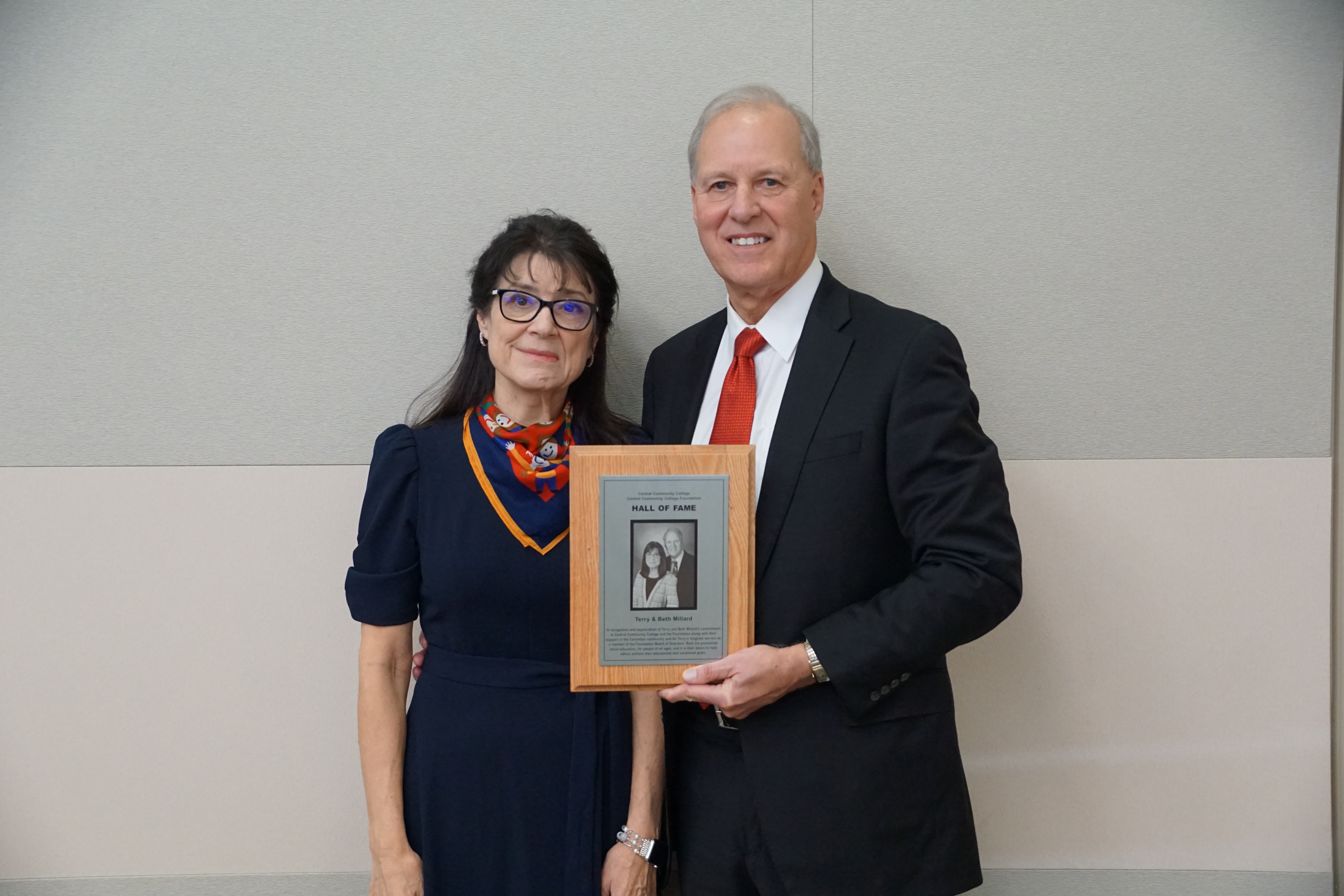 Terry Millard, a native of Woodbine, Iowa, and Beth Millard, a native of Sioux City, Iowa, moved to Lincoln in the 1970s.  Together they moved to Columbus in 1981, where Beth worked for Columbus Public Schools for 32 years. She is now a substitute teacher for emotionally disturbed students at the ESU 7 Learning Academy and Seven Center. Terry served as president of Commerce Savings and then began a 33-year career as an investment Adviser and portfolio manager. Terry and Beth have one son who lives in Minneapolis.

They both serve on various organizations and boards throughout and beyond the Columbus community. Terry has been a member of the CCC Foundation Board of Directors since 2010. Both Terry and Beth are passionate about education for people of all ages including themselves. 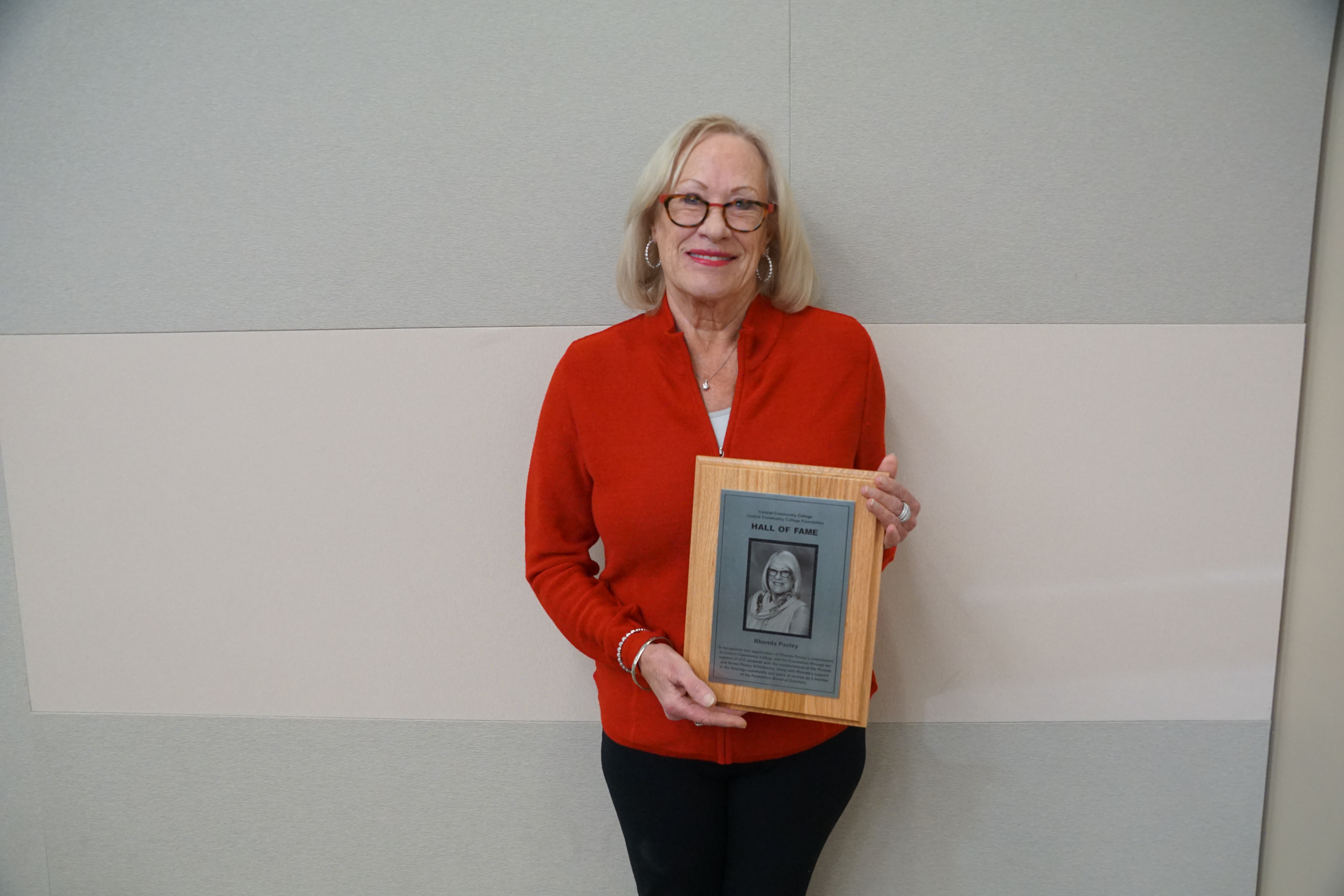 Rhonda Pauley was born and raised in Hastings and is a Hastings College graduate. She later graduated from the Colorado School of Banking and worked in the banking industry for 12 years after which she served as part-owner and president of Pauley Group LLC. Her family includes two sons and eight grandchildren.

Pauley has served in various capacities for several organizations and boards. She has been a member of the CCC Foundation Board of Directors since 2011. Rhonda’s involvement centers around organizations associated with education at all levels and she continues to enjoy serving in that capacity.

Learn more about the Hall of Fame