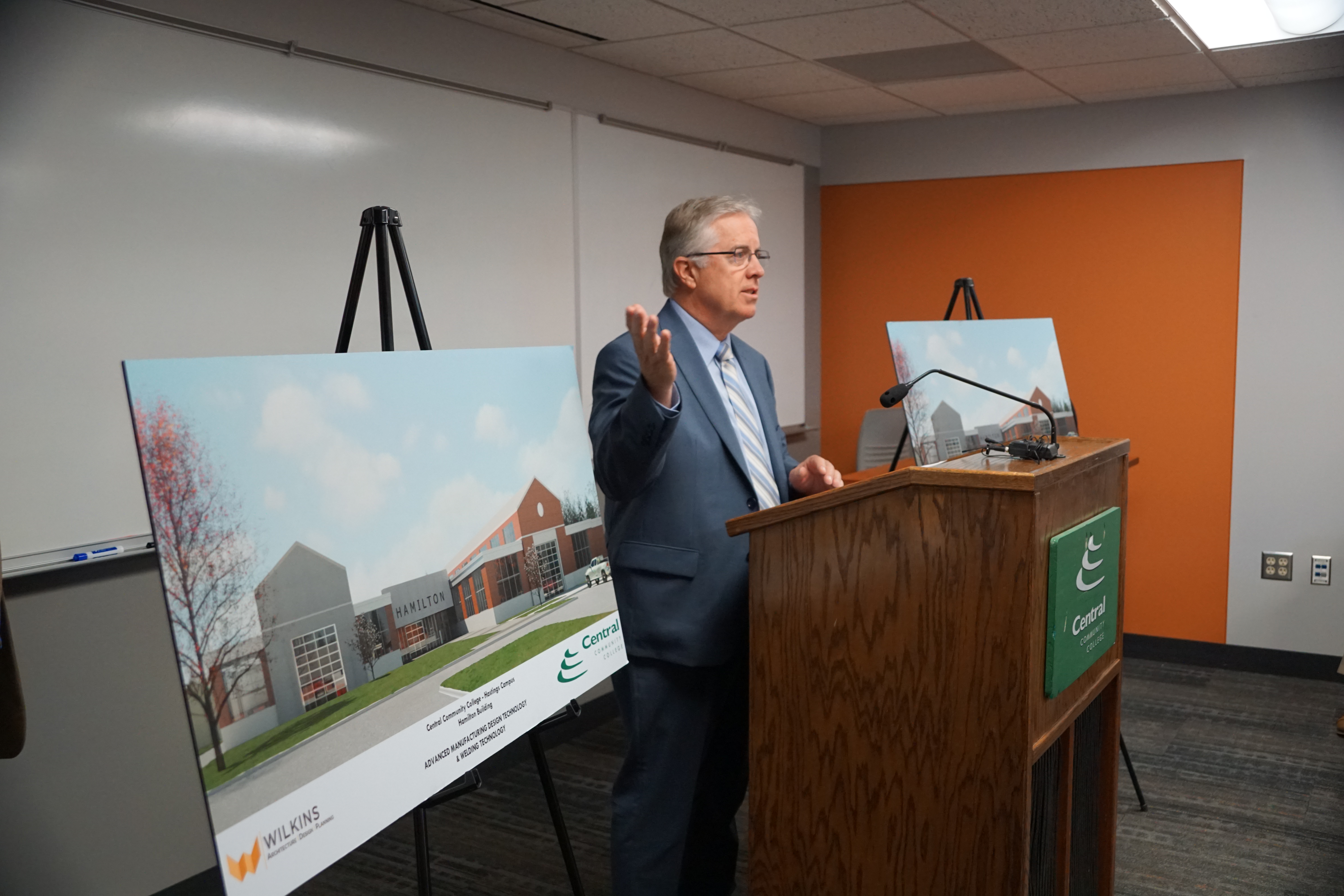 The main driving force for Dean Moors has been finding donors to meet the needs of Central Community College students. As executive director of the Central Community College Foundation, he said he has worked to fulfill that drive with integrity, accountability, and transparency. Retiring Nov. 1, Moors leaves a foundation that has grown in scope from when he first stepped in the doors in 2008. “There has been a lot of work put into growth over the years and finding ways to improve,” he said.

This growth included the addition of directors to handle planned giving, the annual employee campaign, and alumni. “Employees do a lot for the students,” Moors said. “Their participation in the employee campaign has been outstanding.” Going hand in hand with employees are graduates.

“Alumni are critical,” he said. “We worked from the ground up, starting with getting a list into a database. Now we’re moving into development and tracking.” 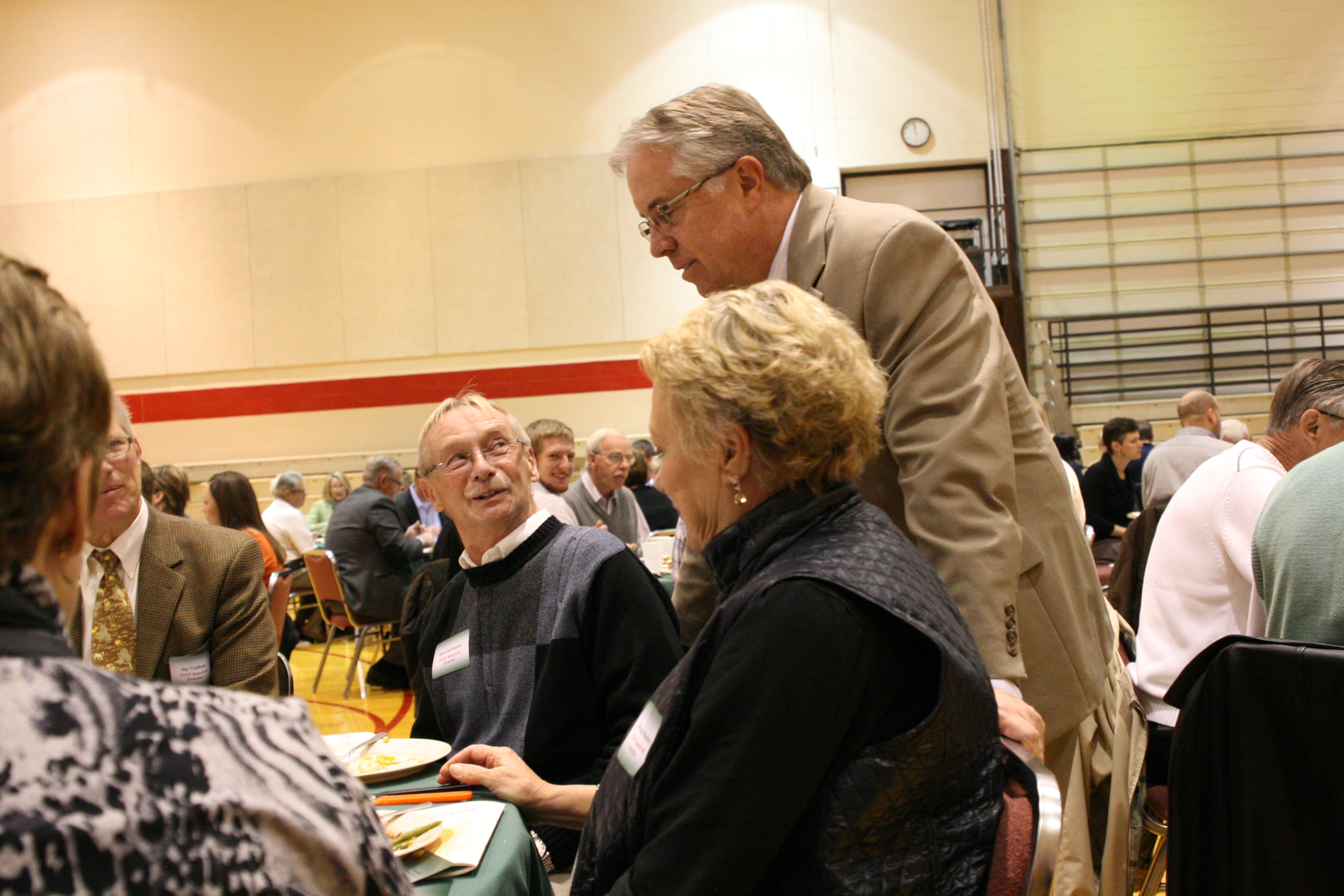 Those accomplishments, along with partnerships with business and industry and relationships with donors, mean the CCC Foundation can provide students with scholarships, access to food and hygiene pantries and assistance for emergencies, and required tools and other items for some programs.

The foundation also stepped up to raise donations for the new Kearney Center and supported major projects in Hastings and Columbus. 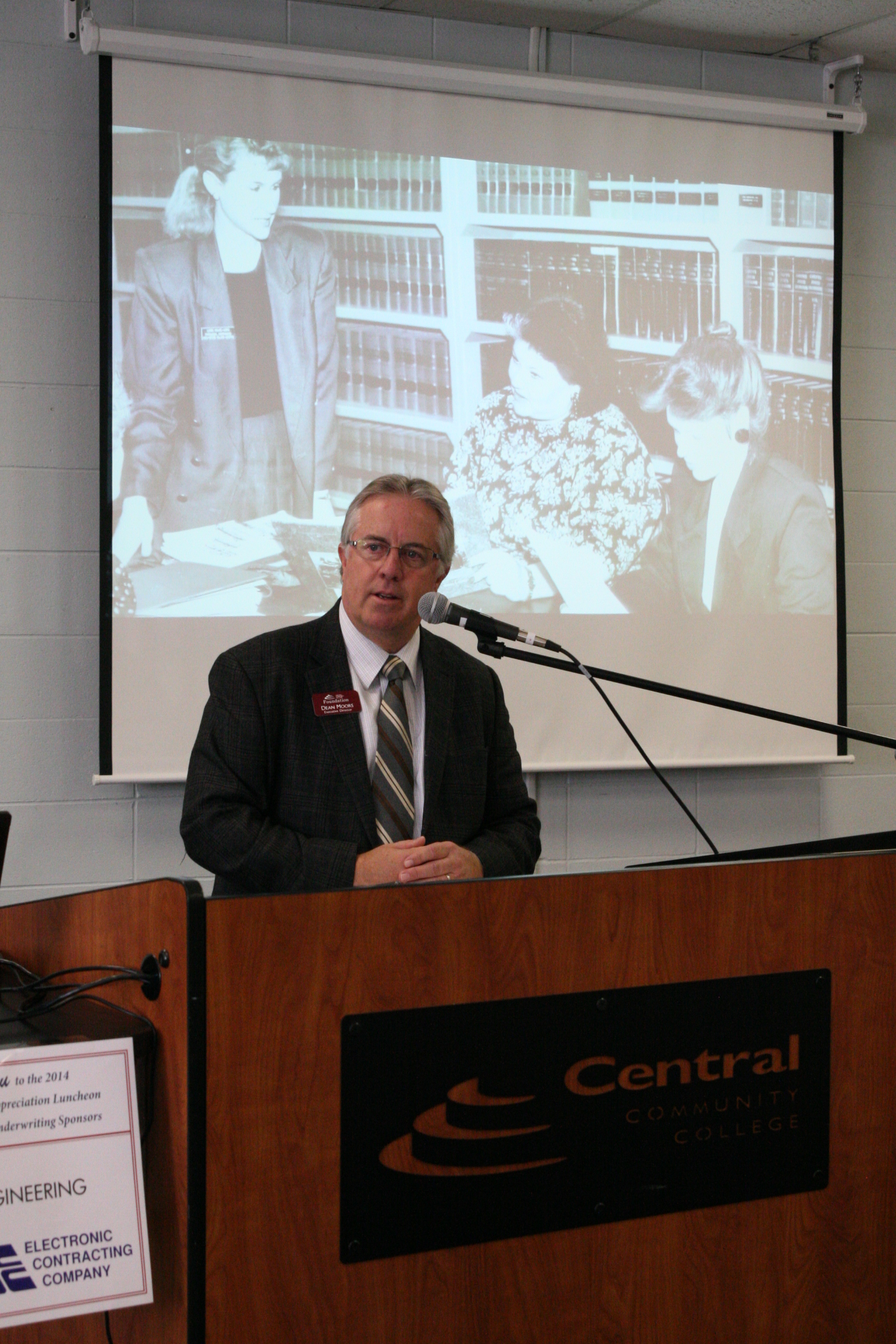 His career began as a state bank examiner and internal auditor. From those positions, he went to the First National Bank of Kearney as a credit analyst and loan review officer and then to the National Bank of Commerce in Lincoln to manage a corporate loan portfolio.

In 1994, he moved to Hastings to serve as executive vice president and senior credit officer for Heritage Bank (formerly City National Bank and Trust Company) before becoming president in 1999.

“Going from banking to education was a big move, but it was a good move,” he said.

He has been heavily involved in every place he has called home, serving as a member and officer for various boards and committees.

Moors will work part-time for two more years at the CCC Foundation on Generations of Impact, a $25 million campaign to fund the foundation’s operating expenses so that every dollar raised goes to scholarships and program support.

He referred to the foundation’s vision statement: Improving quality of life, fulfilling one dream at a time. “If I’ve done that in any way, then I’ve been successful,” he said. 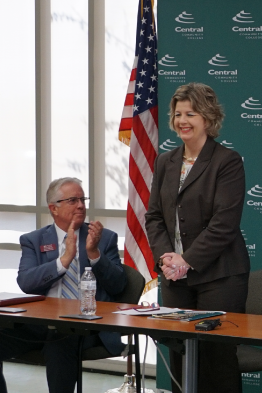 Traci Skalberg brings a deep passion for investing in community to her new position as executive director of the Central Community College Foundation.

“Education is a big component because it’s a driver of economic growth,” she said. “There’s no better investment than education.”

Her commitment to education shows in her former positions, from adult development director at the YWCA of Grand Island to director of annual giving for the Stuhr Museum Foundation to executive director of the Grand Island Public Schools (GIPS) Foundation.

“Alleviating and removing barriers and creating opportunity were the two main things I did (at the GIPS foundation),” she said. “CCC will allow me to expand my impact beyond Grand Island proper to 25 counties. It’s pretty exciting.”

Since starting work at the CCC Foundation on Aug. 15, she has focused on getting out to meet people throughout the college.

“I’m learning the systems along with the culture,” she said. “Each campus has a different personality.”

She hopes to spend more time sharing the story of the community college. “We need to be vocal internally and externally; what they mean to community,” she said.