CCC Alum and Board Member Recognized at NCCA Conference

Anderson received the Distinguished Alumni Award for Central Community College while Keller received the NCCA Governor’s Award, which is given to a college board member for outstanding leadership, both at the institution and in the community, and support of two-year colleges. 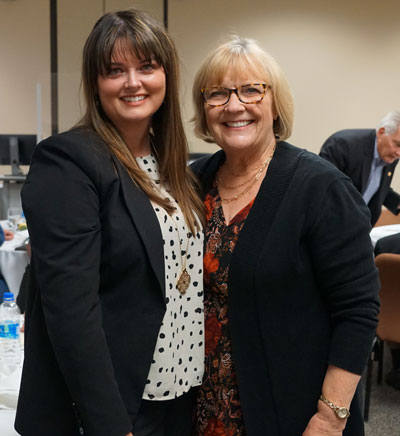 Anderson is a 2009 graduate of the nursing program at CCC’s Kearney Center. At the time, she was a single mother. Anderson later earned a bachelor’s degree in nursing followed by dual master’s degrees in health care leadership and business, all through Grand Canyon (Ariz.) University’s online program.

After graduating from CCC, Anderson began her career as a critical care nurse at CHI Health Good Samartian Hospital in Kearney. This was unique because most new nursing graduates do not immediately go into critical care. In 2011, she won the hospital’s Clinical Coach of the Year for Nursing Award.

Anderson then relocated with her family to Pahrump, Nev., where she worked in hospice care for two years before moving on to the emergency department at Desert View Hospital. While there, Anderson was nominated for and won the 40 Under 40 Up and Coming Nurse Leader Award for the State of Nevada. 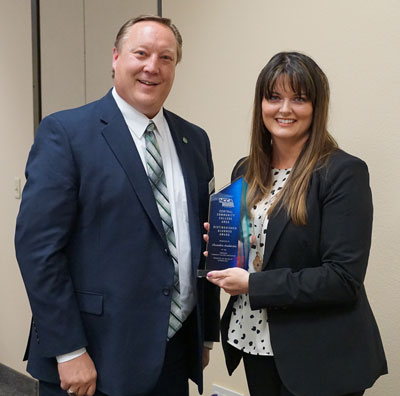 In 2017, Anderson returned to CHI Health Good Samaritan in Kearney where she served as the RN professional practice/magnet coordinator. After three and a half years, she was named chief nursing and quality officer at Cozad Community Health System where she remains.

“In nursing, you can go anywhere and to know that my foundation was laid at CCC and I received my golden ticket through them, I am forever grateful,” Anderson said to the awards ceremony attendees.

Anderson and her husband, Justin, are the parents of two children. 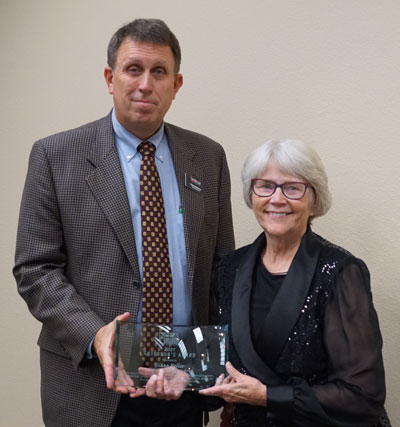 Keller has been a member of the CCC Board of Governors since 2000 and served in numerous leadership positions, including two terms as chair. She is the CEO of Memorial Community Health Inc. in Aurora and co-owns an agricultural production operation with her husband, Keith. In CCC President Dr. Matt Gotschall’s nomination, he said, “Because of this background, she is an informed and reliable voice of health care and agriculture in our region, especially given health care’s prominent employer role in our rural communities and significant reliance on local property tax support for Nebraska’s community colleges.”

Keller has championed CCC’s efforts to expand RN-BSN completion agreements, most recently in 2021 with the University of Nebraska Medical Center. She has been instrumental in advocating at the local, state and national level for the competence of two-year registered nursing programs when faced with opposition to make programs bachelor-of-nursing-level only. 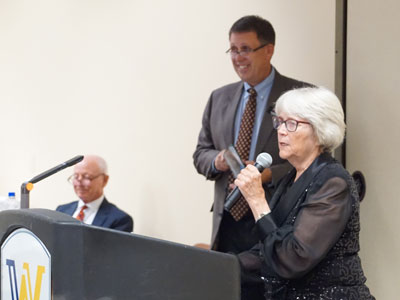 For the past three years, Keller has supported CCC’s lead role in the statewide Nebraska Math Readiness Project in which the state’s community colleges work with high schools to ensure more students have improved math competencies to prevent enrollment in developmental math courses during the first year of college. Results to date have shown a three-fold increase over national averages of those no longer needing developmental math education post-graduation.

“My years on the Central Community College Board have been an amazing journey,” Keller said upon receiving her award at the ceremony. “I have been so proud to be able to represent Central on the Nebraska Community College Association Board. It has been my honor because I believe so much in the mission of what the community colleges do.”