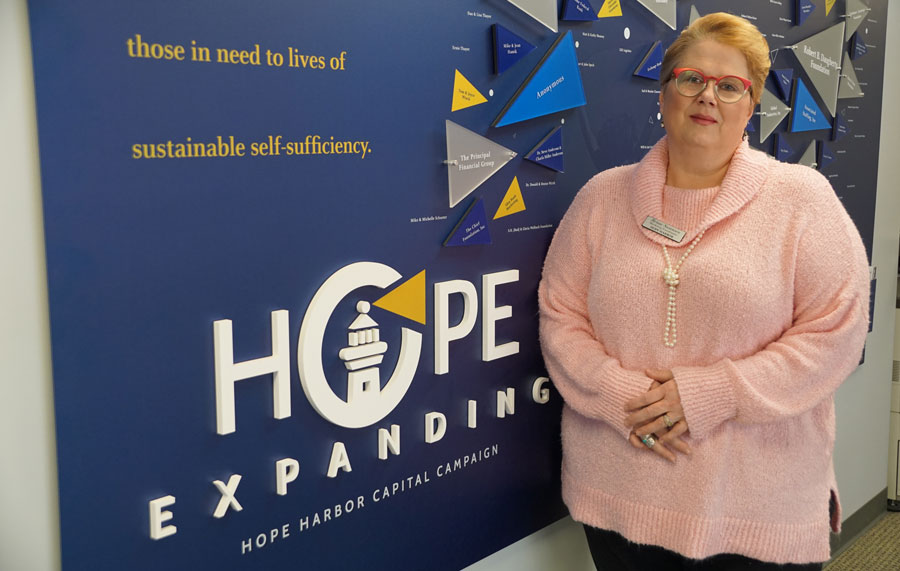 Renae Swanson has a storied history with Central Community College having studied in the media arts program, graduating with a business administration degree and earning a diploma in health information management. She fondly remarks how her CCC instructors at the Grand Island and Hastings Campuses have had a lifelong impact on her. In particular, the instructors that taught her about professionalism in the workplace.

“I wanted to be professional,” said Swanson. “I wanted to accomplish my goals. I wanted to set that right example for my children that if you work hard, you can move up the ladder and I have.”

Swanson’s professional life is equally storied as she has worked as a radio announcer and news director, a trainer for a large corporation and a customer service representative. Currently, she is the marketing coordinator for Hope Harbor, a Grand Island-based non-profit agency that provides services to homeless families. To say she enjoys being with Hope Harbor is an understatement.

“Hope Harbor forever is my goal,” said Swanson. “I really want to stay because this is a job that was meant for me.”

“It’s not just a community college to me,” said Swanson. “It’s what helped change my life.”