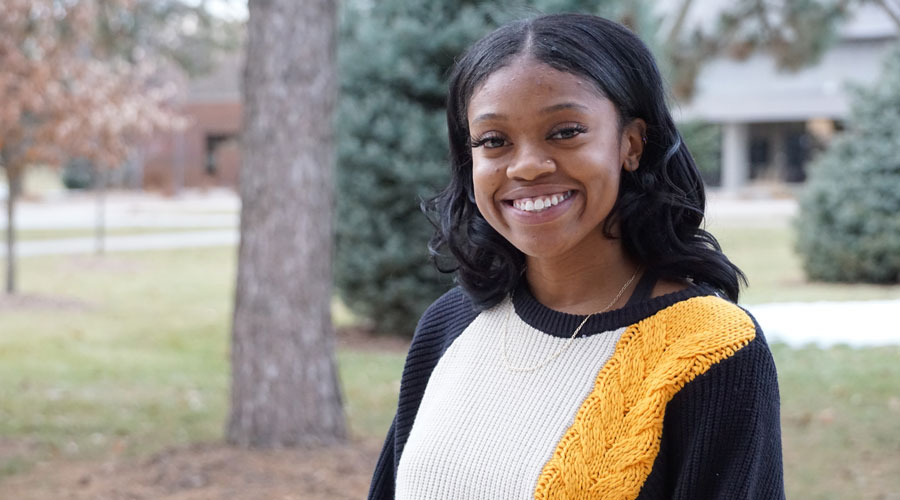 You might say Queshae Love had an on-again-off-again experience at CCC-Columbus.

Originally, from Minneapolis, Minn., Love received a basketball scholarship to play for the Raiders and went on to earn All-NCCAC honors as freshman and sophomore and All-Region IX as a sophomore. She intended to continue playing basketball at a four-year school, but her plan didn’t work out. It was then that Love decided to return to the Columbus Campus and focus on completing her academic requirements.

“She is such a great teacher,” said Love. “You can go to her about anything. It doesn’t even have to be about biology. You can go out of class time and just hang out with her.”

Love said her favorite thing about CCC was “the mentors, the counselors, the deans and the people that are here to help.”

Love graduated from CCC in December 2019 and transferred to Bethune-Cookman University in Daytona Beach, Fla., where she is pursuing a degree in social work.

When asked what memories she will take from CCC, Love said all of them, even some of the disappointments related to basketball.

“Everything was a lesson that I learned from,” said Love. 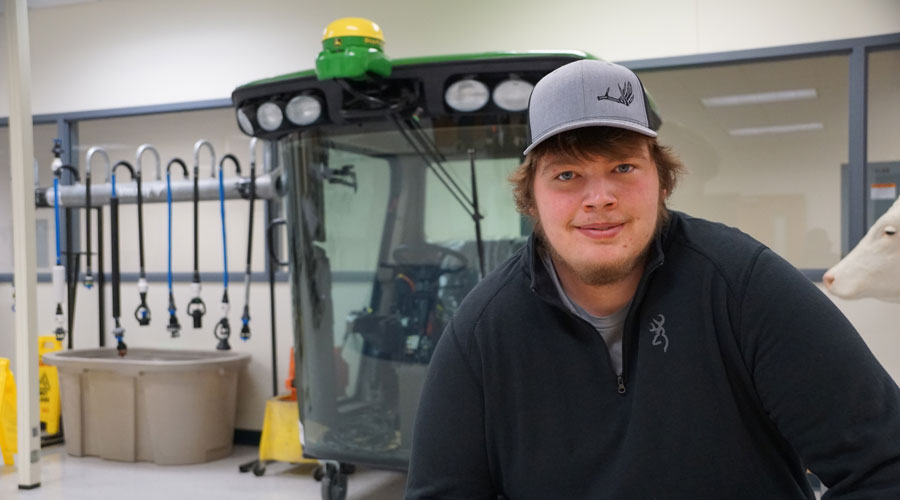 It is not at all uncommon to hear college students say they don’t know what they want to do. CCC sophomore Landon Sokol was one of them, sort of.

Sokol knew he wanted to study agriculture, but with so many areas of agriculture to choose from, it was not an easy selection. Eventually, he chose ag engineering and set his sights on transferring to the University of Nebraska-Lincoln after CCC. However, there were choices to be made even then as UNL’s ag engineering program is comprised of three emphasis areas – machine design engineering, soil and water resources engineering and test engineering. That’s when Sokol turned to one of his favorite teachers at the Columbus Campus, ag instructor Wade Hilker.

“He really helped me figure out what I wanted to do with the ag engineering program and transferring to UNL,” said Sokol. “He gave me a lot of resources at UNL as far as who to talk to. He’s really provided some good guidance.”

While praising the help he has received from so many people at CCC, Sokol knew that the personal connection was part of the culture. He has siblings who attended CCC and they brought him up to speed.

“If you can’t find someone to help you (at CCC), you must not be looking,” said Sokol. 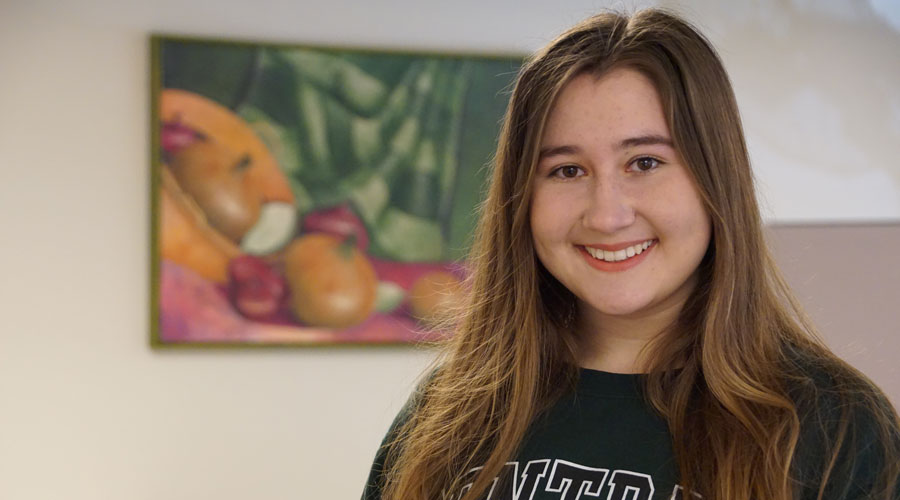 “I didn’t want to waste a lot of money going to a four-year (school),” said Cudaback. “I visited here and it seemed like a close-knit and nice campus. Everybody was willing to help me out, so I decided this is the place for me.”

In fact, that personal touch made the difference.

“College was very scary for me because I’m a first generation student and there was nobody to tell me how the ropes were,” said Cudaback. “When I asked the staff around campus, they were always willing to help out with any extra questions I had. That was really nice.”

A business administration major, Cudaback has high aspirations. One option would be to take over her uncle’s foundry once she completes her schooling. However, she is not sure if that’s what she wants to do for the rest of her life. She is sure one thing.

“I kind of want to run my own business,” said Cudaback. “I don’t feel like I could thrive if someone was bossing me around. I want to be my own boss.” 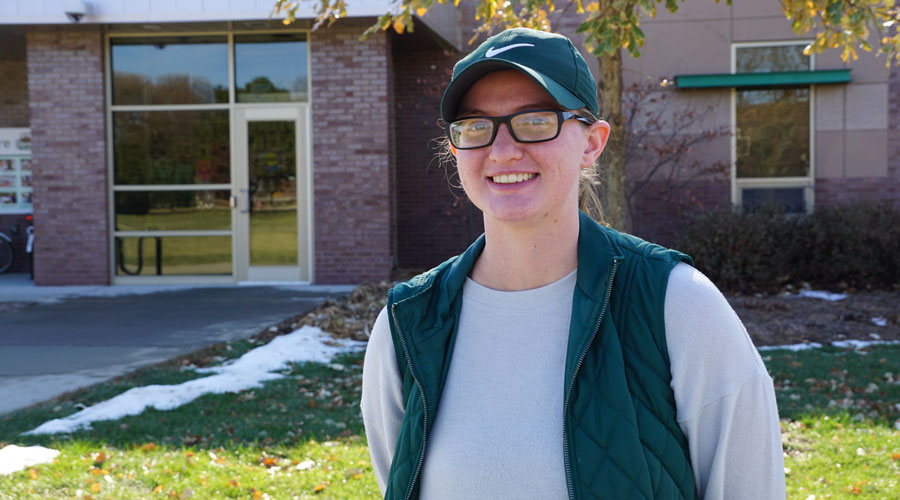 From: Wood River
What are you majoring in or studying? Academic transfer - early childhood education
What is your favorite class? Creative Arts for Early Childhood
What do you like best about CCC? I like how the people make it feel like home. They reach out to you when something is wrong. They treat everyone like an individual. I like the campus, it’s really pretty.
What do you hope to do professionally? I would like to start out as a kindergarten or first grade teacher and then as I gain experience, I would like to open my own daycare and become the director. 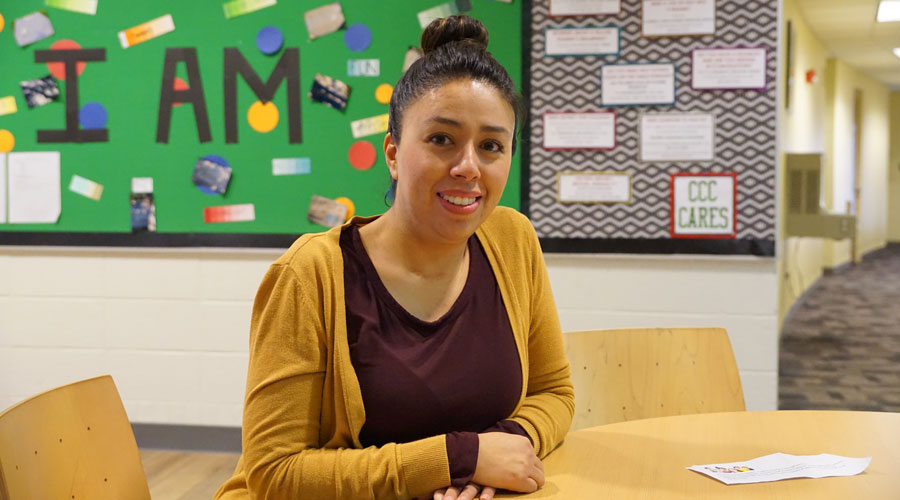 Yesica Ruiz has quite a story when it comes to earning her degree in early childhood education.

Originally from Washington, Ruiz graduated from high school, received a full-ride scholarship to a two-year school and was on her way to completing a degree in elementary education. However, she became very sick and was hospitalized for one month. As a result, she lost her scholarship.

Ruiz married her high school sweetheart and two weeks later, the happy couple moved to Columbus. After starting a family, she spent eight years working in early childhood education before deciding to finish her degree at CCC-Columbus. However, it wasn’t easy.

“I was a mom, I was married,” said Ruiz. “But then once my child started to get a little older and I started to see how much l liked working with children, I decided I needed to go back to school.”

One thing that made things a lot easier for Ruiz was that she completed 90 percent of her degree requirements online with only a few classes at the Columbus Campus. 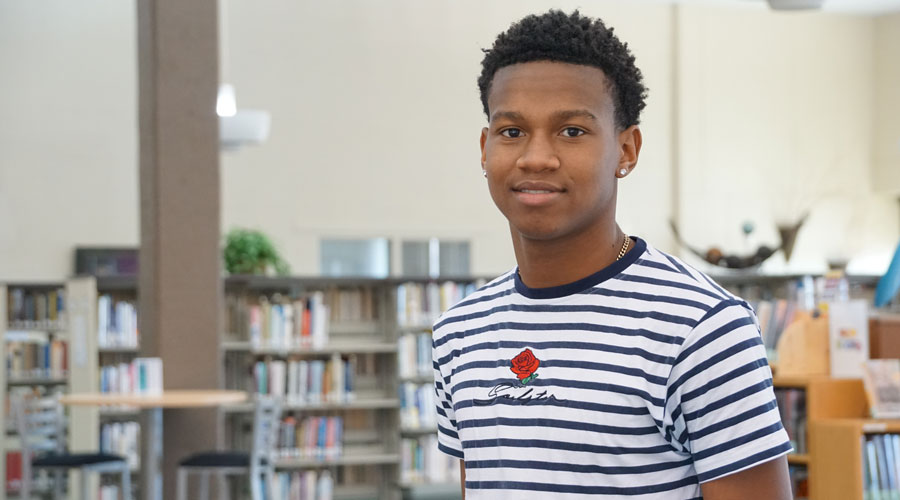 From: Republic of Trinidad and Tobago
What are you majoring in or studying? Business administration
Why did you choose Central Community College? It was one of the best options and I like how things looked on the website.
What is your favorite class? Sociology
What do you like best about CCC? I would say the instructors. They are good people, all around.
Who is your favorite teacher? Michelle Bentz. She helpful, she’s a nice person, she’s good to communicate with. All around, a good person.
What do you hope to do professionally? I would like to be a professional soccer player, but business administration is the back-up plan. 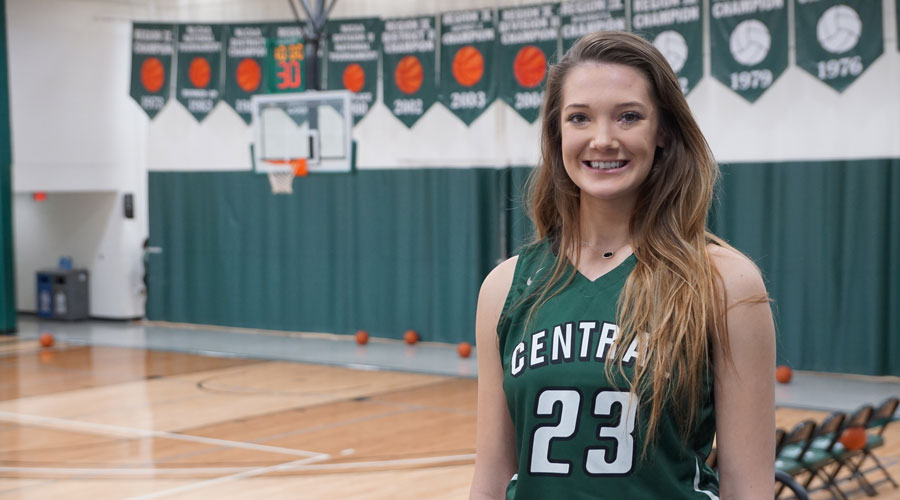 Bailey Lehr enrolled at Central Community College after graduating from Scotus Central Catholic High School, a private school in Columbus. In fact, she had attended private school since her preschool years and so there were some adjustments she had to make in enrolling at a public school. Right off the bat, she had to get used to not wearing a uniform.

“What do I wear? Do I dress up? Do I look casual?” were some of the fashion questions Lehr asked herself. “I got better at it, but it was a struggle for like a month and a half.”

One of the other adjustments was that Lehr discovered a bigger diversity of people. She enjoys meeting them, seeing where they are from, learning about their background and how it all differs from her experiences. Ironically, one of the people who helped Lehr make the transition as she began her first year was a man from Brazil. A member of the CCC volleyball and women’s basketball teams, she is also impressed with the many foreign players who are student-athletes.

“I’ve lived in Columbus my whole life and I never thought there were people from everywhere (at CCC),” said Lehr. “I thought it was your typical Columbus people, maybe Silver Creek or Genoa. No, it is seriously people from all over the state and out of the country.”

Lehr is majoring in agribusiness and is looking into a veterinary program, possibly at Kansas State University.