Disability Services is an integral part of the campus community but how do they serve our students? Currently there are three directors, one at each of our three campus locations who also serve students at our centers in Holdrege, Kearney, Lexington and Ord. According to the Americans with Disabilities Act a disability is defined as a physical or mental impairment substantially limiting one or more major life activities. The ADA is an equal opportunity law for people with disabilities. There are many disabilities that are invisible that may impair the ability of a person to learn in a traditional classroom requiring accommodations for that person to be successful.

Meet our Disability Directors who are helping CCC students realize their potential and paving the way for their success. 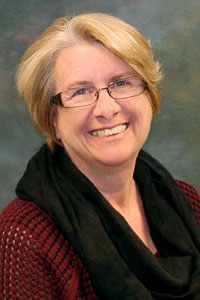 Michele states her mother and brother both had physical disabilities and heart problems and as a result they spent time in physical therapy. Michele’s brother had open heart surgery at Walter Reed Hospital and she spent a lot of time there during his recovery. During this time troops were returning from Vietnam and Michele witnessed soldiers returning from war with physical and mental injuries. Although Michele does not recall any defining moment that drew her to disability services she no doubt has a passion to assist others having both family members who were affected by disabilities and witnessing soldiers physical and mental struggles at Walter Reed. Michele started working in disability services’ at the Columbus campus in 1991 and has been a part of the many changes that have improved access for students over the years in disability services. Michele is a veteran of the United States Air Force who served as an Environmental Health Instructor (enlisted) and Air Weapons Controller (commissioned). She earned her bachelor’s degree in health education and community health with a K-12 teaching certification from Temple University and her master’s in higher education counseling from Wayne State College. Michele is married to Bob and has two grown children.

Michele has one student that comes to mind when thinking of perseverance and resiliency. This student attended Central in the early 2000’s and when he started he had low confidence and wasn’t sure he would be successful at college. He didn’t have a strong support system and knew he had a long haul ahead in college. Michele states, “I told him that this is up to you and put all the negative thinking aside. You have to trust in your abilities and it will be hard but if you want to let me help you, we can get through this.” This student went on to be a Residence Assistant, helping him build his social skills. He graduated from CCC and went on to attend Wayne State College. Michele’s proud that he really had improved his self advocacy. This student went on to graduate from Wayne State with a bachelor’s in mass communication and broadcast communications and also a bachelor’s in theater which allowed him to follow his dream of moving to Hollywood and working in movies. He went on to fulfill his dream and more with a successful career in the film and television industry. Recently he received his master’s degree from the London School of Economics and Political Science in the UK in management, human resources and organizations. He is still working in the film and movie industry in the UK.

The best part of my day is working one on one with my students and watching them grow and succeed. My very best time of the year is watching them walk across that stage at graduation! Knowing how hard they had to work to get to that point and all the struggles that they had to overcome, it touches me. I feel privileged to have been a part of their journey (although in a small way) and in their success. Tears come big time! 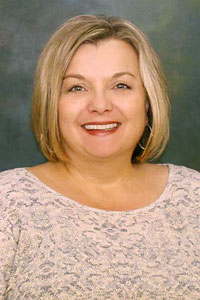 It was natural for Kim to come to disability services, It meshed her entire career into one job. As a social worker Kim’s training has helped her to teach others how to empower themselves. Kim states “I respect an individual’s right to self-determination. I like to provide all the needed information to students I work with and then let them determine what route they will take.” Kim earned a bachelor’s degree in social work from UNK, is married to husband Kevin and has three children. In her career she has primarily worked in the medical field or school setting.

I worked with an amazing non-traditional student who had a learning disability and always said she was made to feel dumb throughout grade school and high school. She had dyslexia and although very bright, it did take her longer to read, write and process than other students. She decided as she was educating her child on the importance of going to college, that she would go as well. She came out to CCC and met with me and we were able to talk through the medical program she was enrolling in and what might benefit her as far as academic accommodations. She hadn’t been in school in 30 years. She was scared and nervous. She told me many times she was going to prove to her old teachers that she wasn’t dumb. It took her a little over 3 years to complete everything. Along the way as new technology or apps were available, I would let her know and she would try them out. She often would update me on new things as well, and let me know what was working and what wasn’t working. We used some innovative high tech items and some very basic things too. She worked part time, cared for her children at home and went to school full time. She graduated with honors. So many times, along the way she could have given up, but she kept pushing through. When she hit a roadblock in her classes she would come talk to me and we would brainstorm ideas. She just never gave up!

The best part of my day is when students are successful at their goals. For some students it is passing one class that was challenging, for others it is completing a certificate, diploma, or degree. When I feel I made a difference, or when a student comes in and celebrates a success, it is the best feeling. I am lucky that part of my job allows me to work with new students and watch them grow over the time that they are with us. They change while they are here, they become more confident and self-assured. They graduate and some continue their education and go on and earn bachelor’s and master’s degrees and it is the best feeling to see them succeed. 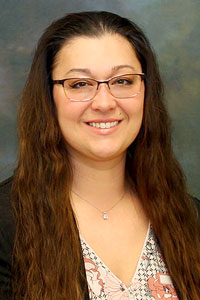 “I’ve always been passionate about helping others. I really enjoy working with young adults and I really liked the idea of working with young adults in academia. I think it’s not always what we do, but how we do things that can make a difference when we are in a position to help others that can make an impact.” Shannon is a CCC Alum who graduated with an academic transfer degree going on to earn a bachelor’s degree on psychology from Hastings College and she earned her master of social work degree from UNO. Prior to working for CCC she worked for the State of Nebraska for 2 years as a service coordinator in disability services. Shannon worked at the Hastings Regional Center for 8 years, 5 of those years working as a unit supervisor. She has also worked for Child and Family Services as a service coordinator.

I recently had a student who realized this semester that he has to do something different if he’s going to succeed. I’ve seen him start to take initiative, reaching out to instructors for guidance and information. Rather than coming to me with the problem, he tells me the things that he’s already done to solve the problem. He’s now working ahead on assignments.

I really enjoy being able to work with a student to come up with solutions to the barriers that they’re facing with school and life. I enjoy listening to my students to see how I can help or if we offer something through the college that the student would benefit from. Going to college is tough, especially with the uncertainty of our current time. If I know of a resource that could make a student’s college experience a little bit more doable, then I want to help that student connect with helpful resources. Sometimes just taking some time out of your day to listen to someone is what they really need. I also really enjoy collaborating with faculty as we work together to come up with realistic solutions for students.