In 2019-20 the number of students receiving an Academic Transfer Award reached its highest point in the last five years, with 197 students awarded. The average number of awards received by students from 2016-16 to 2018-19 was 170. 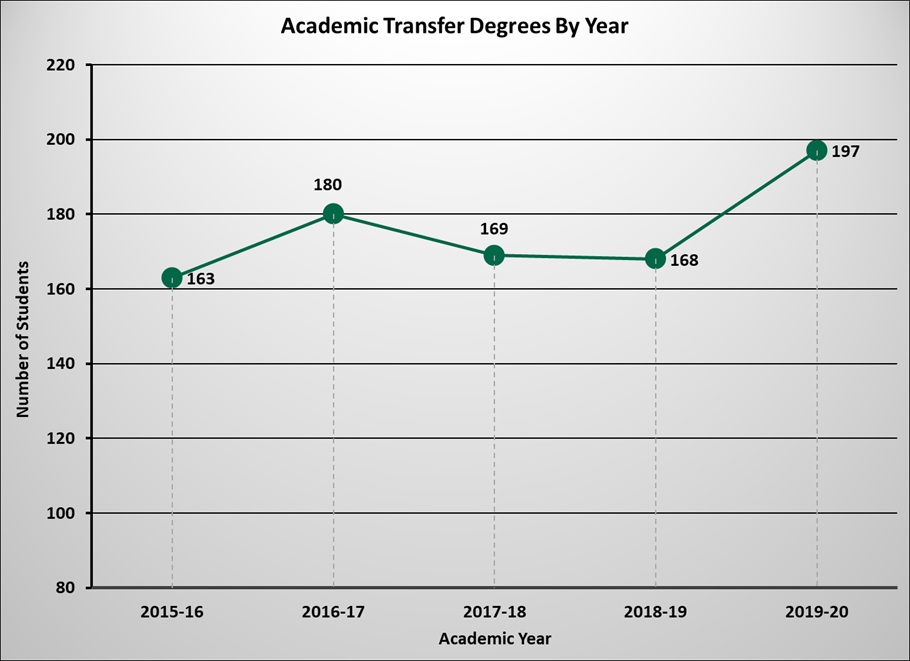 Through specific transfer agreements with individual institutions, students completing associate of arts or associate of science degrees can transfer up to 66 semester-hours of credit earned at Central Community College to many four-year colleges.

Central Community College is a signatory of the NACRAO (Nebraska Association of College Registrars and Admissions Officers) Agreement. Students who complete specified liberal arts courses may apply them toward the general studies program requirements for a degree at other participating Nebraska colleges. Contact the campus admissions office for NACRAO information.

Over the past few years, academic transfer graduates have transferred successfully to 21 public and private four-year colleges in Nebraska and more than 50 out-of-state colleges.

Follow-up studies show that graduates of Central Community College academic transfer programs are well prepared to continue their education following graduation. Students transferring to the University of Nebraska-Lincoln, as a group, achieve overall grades comparable to other juniors and seniors who attended UNL for their first two years of college.

The table below depicts the subsequent enrollment of 2017-18 academic transfer graduates after their graduation. It shows that 68 percent of graduates successfully transferred to different four-year institutions and 32 percent continued their education at CCC.